Located along Fifth Avenue on the perimeter of Central Park, is the powerful statue of seven American soldiers who memorialize the grueling battles of World War I. Three of the men have bayonets ready for battle, while the weight of a wounded solider collapses into the embracing arms of a fellow comrade. As a former sergeant in the 107th, Karl Illava has memorialized the experience of his own emotions in portraying the valor of his comrades in battle. 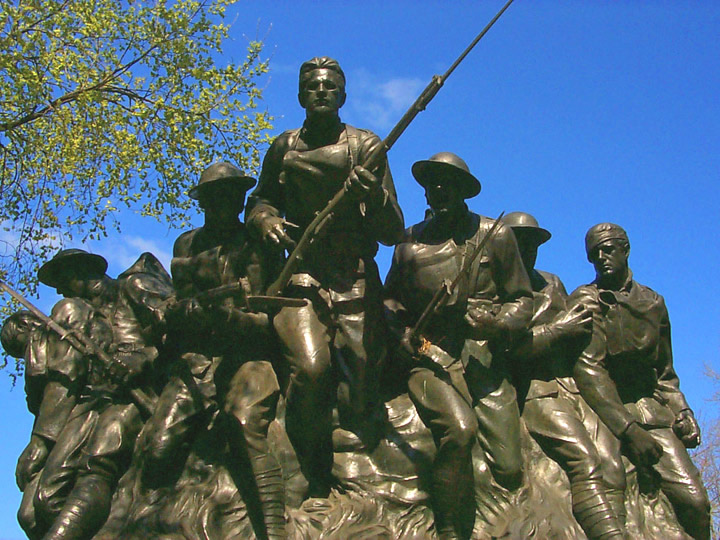 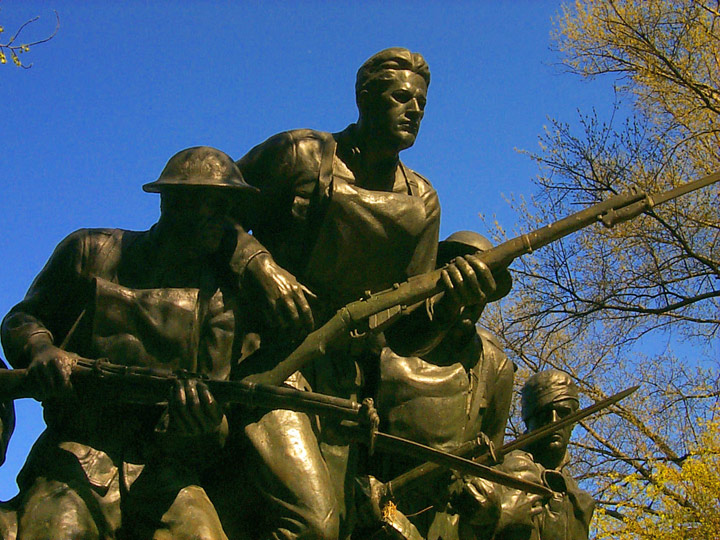