The first wing of the American Museum of Natural History, designed by Calvert Vaux and Jacob Wrey Mould, opened in 1877.
Originally housed in the upper floors of the Arsenal building in Central Park the museum swiftly outgrew its home and needed new space to expand the small exhibition of mounted birds and mammals.
In response to the growing demands for a new location, President Ulysses S. Grant, himself a New Yorker laid the cornerstone for the Museum's permanent home.
This 1874 inauguration marked the birth of the largest natural history museum in the world with twenty-three buildings, including the Theodore Roosevelt Memorial on Central Park West and the new Rose Center for Earth and Space. The museum is renowned for more than its mammal and dinosaur exhibits. With its numerous insect, invertebrate, fish, amphibian, reptile displays as well as its vast collection of anthropological artifacts all flawlessly and interestingly presented, it is a must visit for children and adults alike. 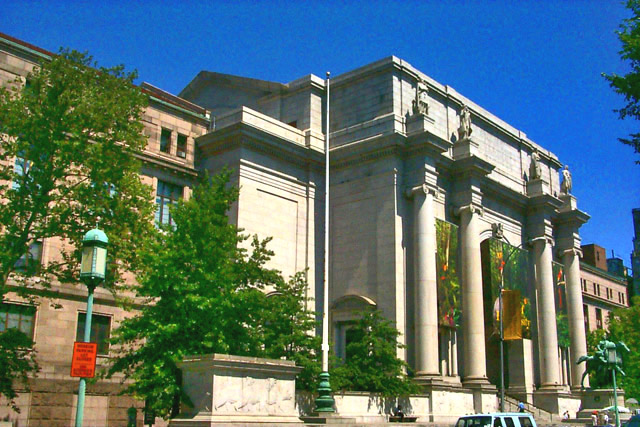