Georg John Lober 1892-1961 • USA
Sponsored by the Danish-American Women's
Association with contributions from
schoolchildren of Denmark and New York City.

Overlooking the Conservatory Water with its sailboats and wide-eyed kids is the bronze statue of Hans Christian Andersen.
It is not surprising considering the stylistic elements added to this sculpture that it has become a children's favorite in Central Park.
Sitting on a bench with an open book on his leg the bronze figure invites children to climb up and read a page from his best-known book“The Ugly Duckling.”
Not far from his leg a curious duck looks up to Andersen in anticipation of the story’s happy ending. Bordered by benches it is the perfect setting for outdoor storytelling scheduled during the warmer months. Other statues that have a similar appeal to children are Alice in Wonderland and Balto. 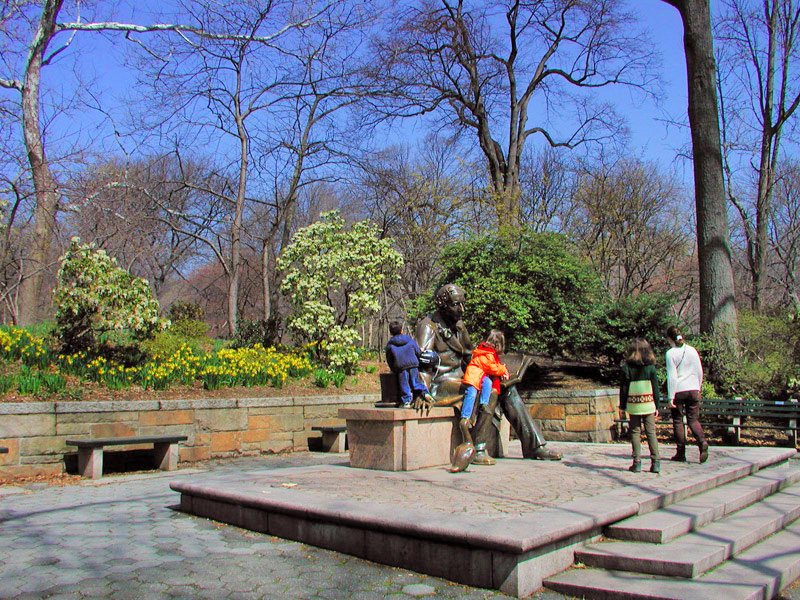 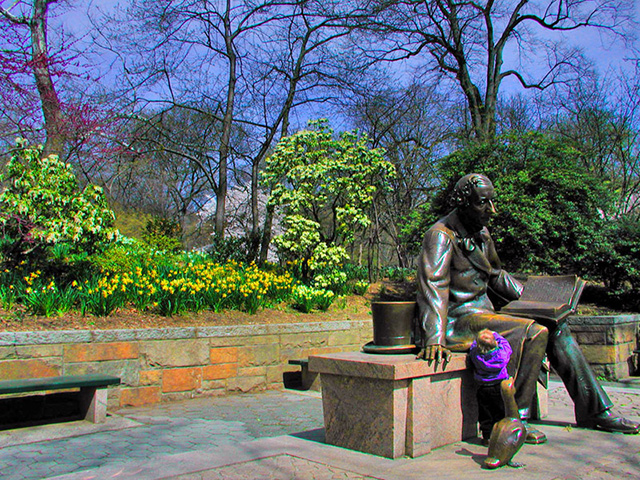 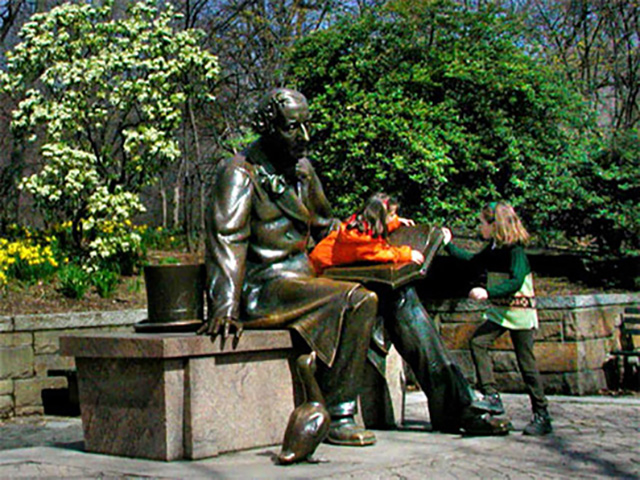 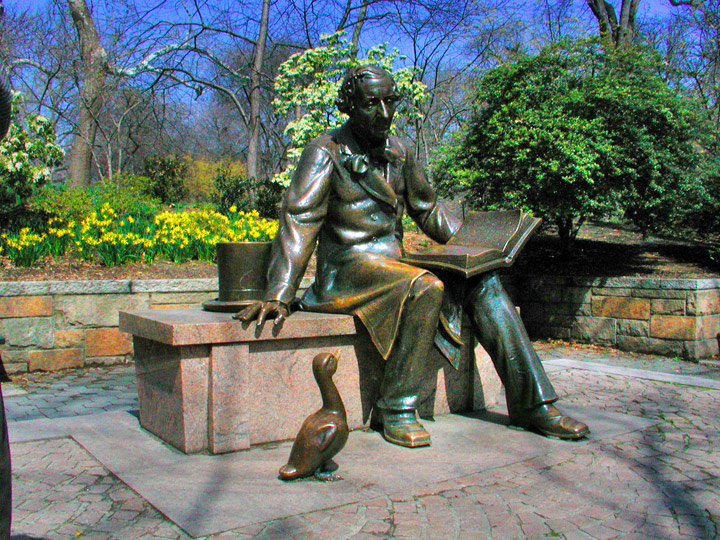