Located in the Central Park Mall, just a few feet away fromJohann C. F. von Schiller, and ideally situated opposite the Naumberg Bandshell, the bronze bust of Ludwig van Beethoven pensively stares down at the passersby below.
Beneath his gaze, stands a figurine holding a harp symbolizing his musical gift.
Beyond a gift of birth was his skill in uniting the Classical and Romantic age with a cataclysmic power of harmonies an achievement made all the more mysterious by his deafness.
Though scandal plagued his life and his character was called into question more than one his music has given a voice to the soul of mankind.
This tribute to Beethoven was placed in the Park in 1884, marking the sixtieth anniversary of the composer's Ninth Symphony. 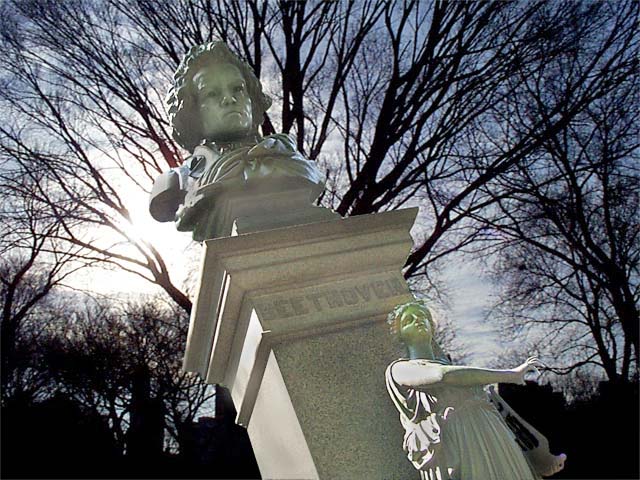 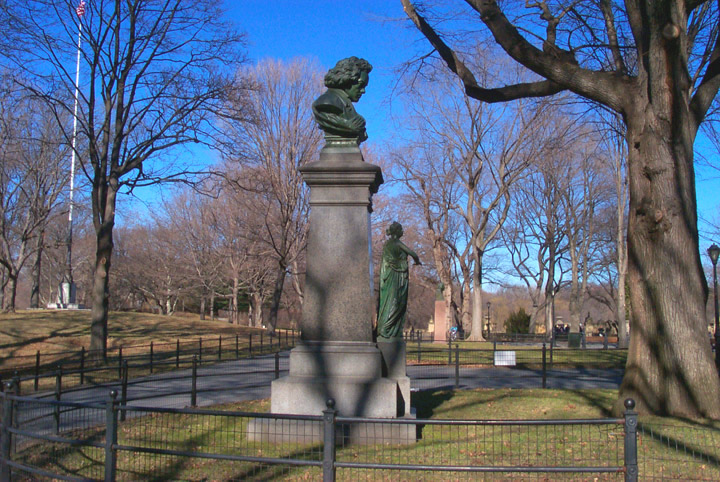 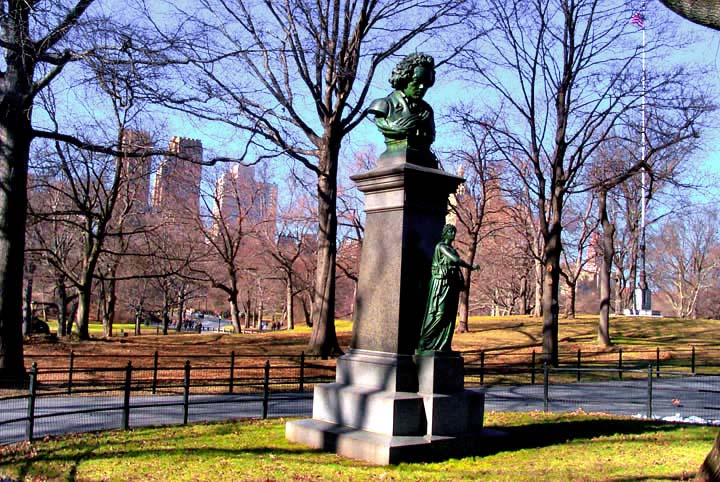