Located on the east side of the Willowdell Arch, Balto, a favorite statue of children in Central Park has one of the most facinating stories. In January 1925 Nome, Alaska had a terrible outbreak of diphtheria. The only source of anti-toxin serum was Anchorage which was 1000 miles away. Ice bound, the city was effectively cut off from the precious medication.
A train from Anchorage was able to reach the city of Nenana which was still 667 miles away from Nome.
The only way to deliver the serum was over the treacherous ice bound tundra and the only means to this end was with a musher and a dogsled team.
In blizzard conditions 20 teams with over 200 dogs traveled along the Iditarod mail route in minus 50 degree temperatures at roughly 6 miles an hour.
The world followed the events of this trek to Nome over their radios and in newspaper accounts.
It was, however, the last musher, Gunnar Kasson and his lead dog Balto, a black and white Alaskan malamute who captured the world's imagination by racing onward to the stricken city in a record breaking five days and seven hours.
Just a few days after the arrival of the serum the epidemic that claimed five lives was over. This was a gift of life to the 300 people who were exposed to the disease.
Located next to the Willowdell Arch and mounted on top of a small rock outcropping, this harnessed dog with a panting tongue appeals to children who love to climb up and sit on his back while their parents take their photos. Years of stroking and caressing have created a glowing sheen on his ears, nose, body and tail. A bas-relief plaque on the stone below shows the seven sled dogs on their historic run with the inscribed words “Endurance Fidelity Intelligence.” 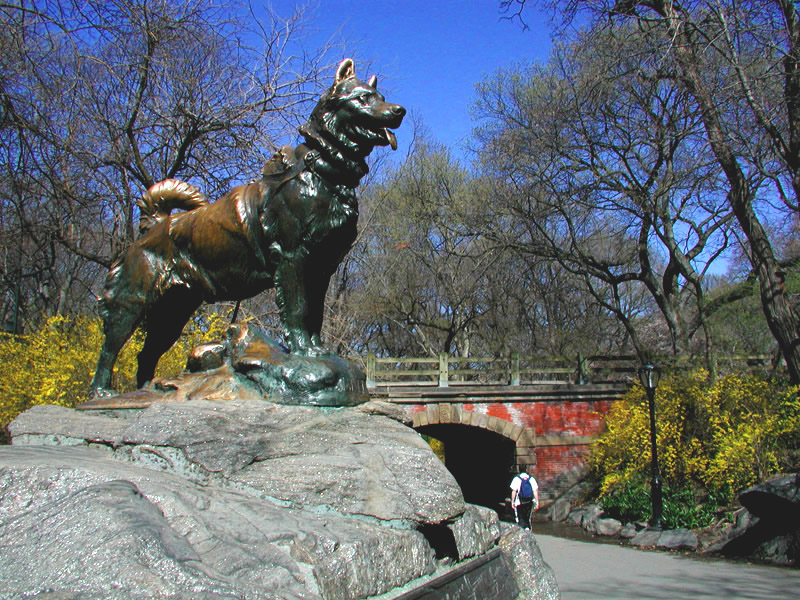 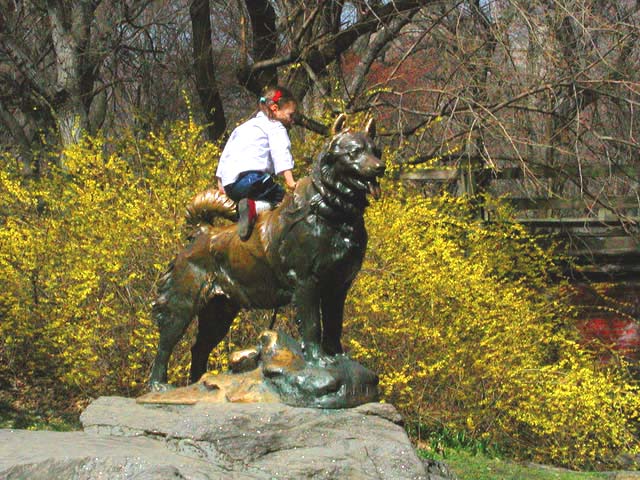 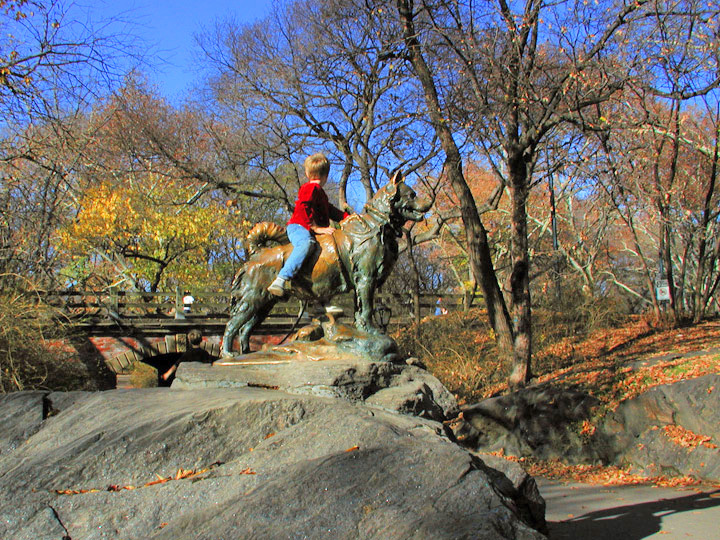 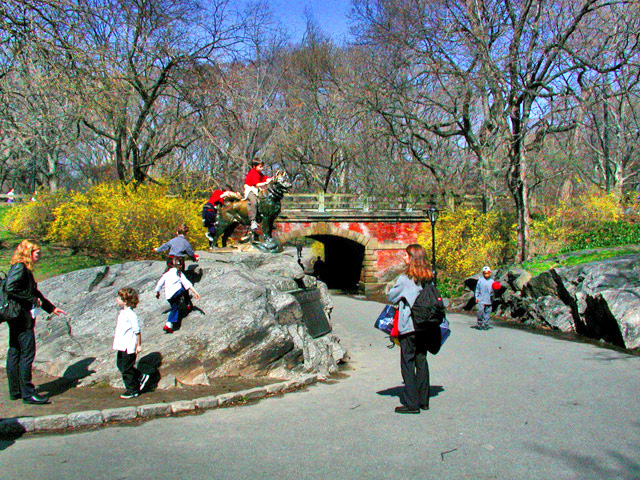