This memorial to Waldo Hutchins, the first Park Commissioner of Central Park, is located at the foot of the path that leads down from the East Drive at 72nd Street to the Conservatory Water. It is a uniquely designed elaborate stone monument which some might consider more a piece of sculptured art then a place of rest.
The elaborateness of this tribute well serves the first Park Commissioner of Central Park, Waldo Hutchins and his long enduing love and dedication to the Park.
He served in his official capacity as the first overseer and protector of the Park from its inception in 1857 to 1869. He went on to be elected as a Democrat to the Forty-sixth Congress. He served the country in this capacity from November 4, 1879, to March 3, 1885.
Leaving Congress to return to a New York law practice he was appointed to the Park Commission a post he held until his death in 1891. 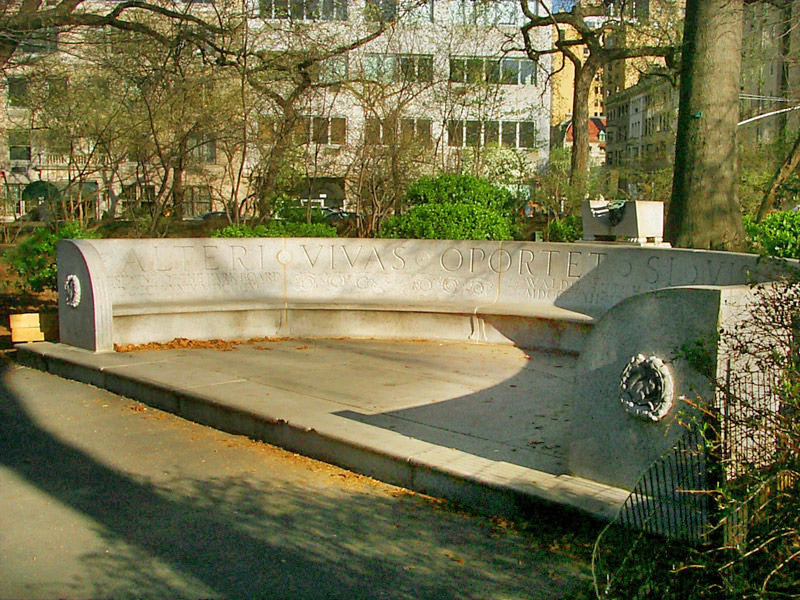