1861-1929
Also called the "Whisper Bench" this elegant structure, located in the Shakespeare Garden in a square directly opposite the west stairway leading to Belvedere Castle, Central Park is a memorial to the New York City Park Commissioner, Charles Stover (1910-14) and founder of the Outdoor Recreation League.
The league was an independent advocacy group that provided slides, seesaws and overseers for neighborhood playgrounds.
These playgrounds were located in small parks and in slum districts.
The work of the league began the same year that the boroughs of New York were consolidated, 1898 and provided greatly needed services in restoring
and revitalizing parks like the Seward and De Witt Clinton, which were now being acquired by the Parks Department through the 1887 Small Parks Act. 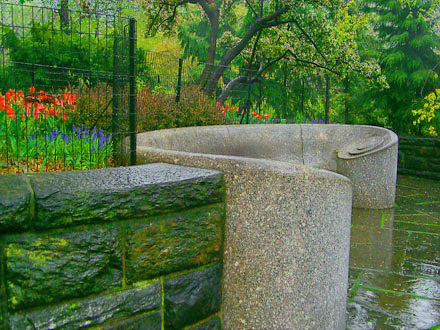 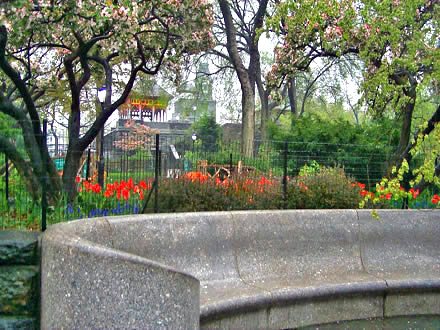