Located in the Conservatory Garden’s South Garden, in Central Park somewhat hidden within the abundant display of flower beds, shrubs, trees and hedges, emerges a statuary fountain of two bronze figures depicting the characters from Francis Hodgson Burnett’s American children’s classic, The Secret Garden (1911).
The tranquil innocence of Mary, the young girl stands holding a basin where water delicately flows for the birds to dapple in, while the young boy Dickon reclines on a rock overlooking a serene water lily pool as he plays his flute. 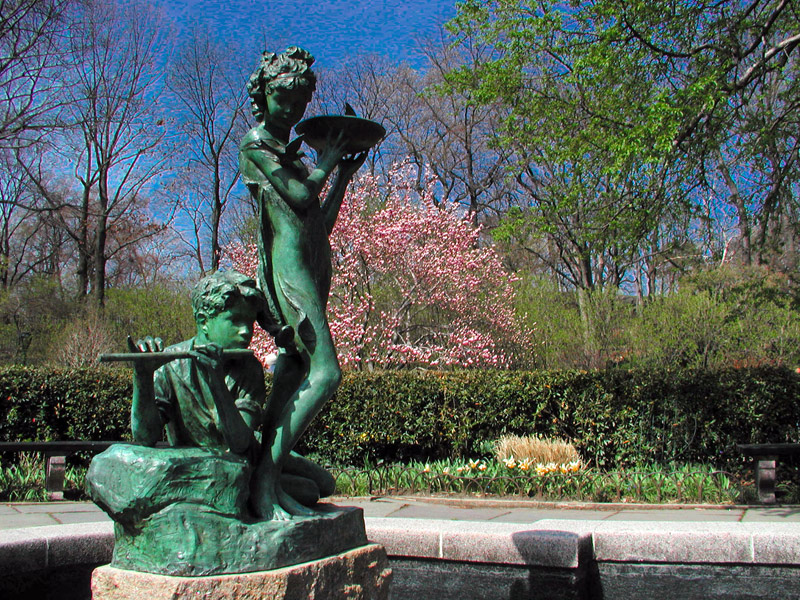 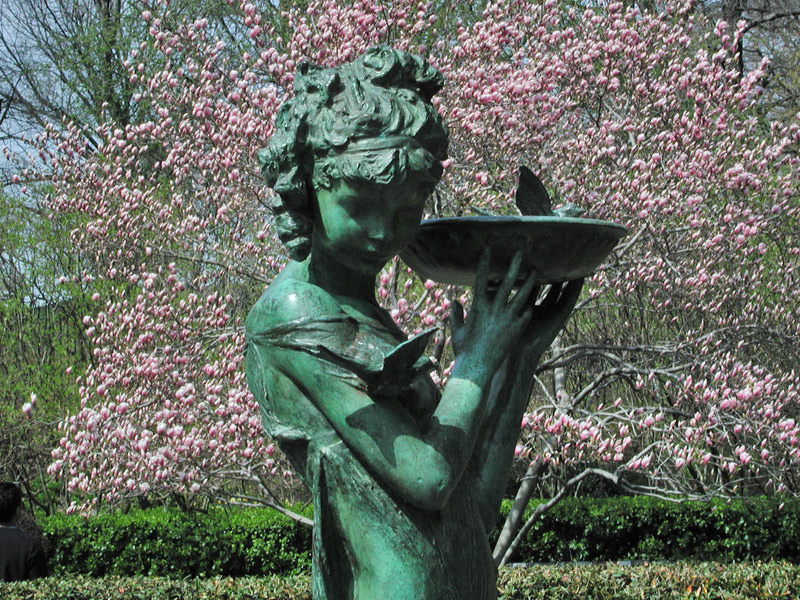 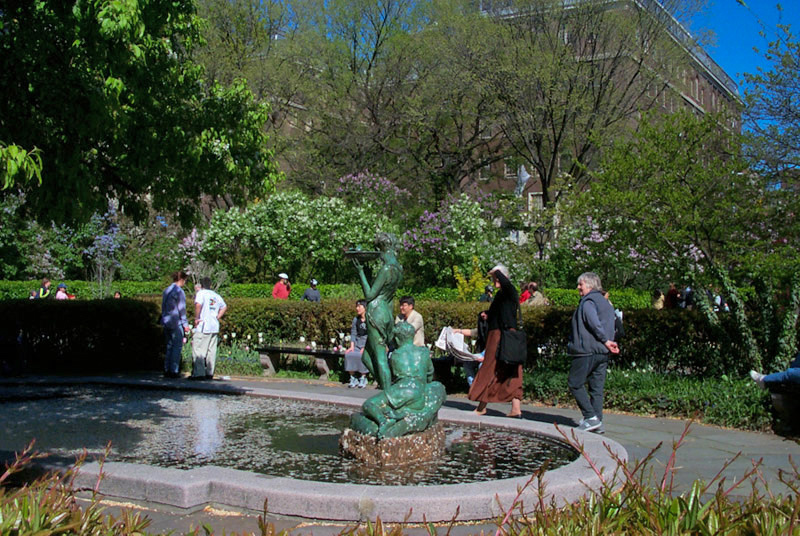