Situated in the center of Columbus Circle at the southwest perimeter of Central Park is a magnificent towering marble statue of Christopher Columbus. The Italian mariner is rewarded here with the distinction of being the first European to have crossed the Atlantic ocean. Three ships depicted on the column that carries him aloft represent the Nina, the Pinta, and the Santa Maria, the ships he commanded into the unknown in 1492.
At its base is a fountain with an angel holding a globe. Four hundred years after his initial journey, this statue of Columbus was unveiled and presented by Italy to the United States to commemorate his voyage.
It is here, however, that the facts of history collide with the nobility of the gesture that placed him here in such a prominent place before the world. It is here at the point where
Broadway intersects Central Park South, Central Park West and Eight Avenue that truth collides with fiction. One can only speculate at thispoint in time if the explorer's courage in pursuing his vision, in challenging the terrifying unknown, in opening the Atlantic to future exploration alone justifies the tribute or whether there are other considerations, which make it problematic.
Columbus believed he had discovered a route to the east, but his journey was a disappointing failure. It did not provide him with the wealth he had imagined nor in fact the gold he had promised the Queen of Spain who had financed his voyage.
Desperate to make good on his vow of riches he enslaved the population of his conquered territory and forced men, women and children to search for the precious metal. When the natives would or could not comply with his demands he tortured, mutilated and murdered them in such large numbers that they eventually vanished from existence.
Columbus now stands atop a monument on a 70-foot granite column with bronze reliefs at a place where many of the spiritual descendants of those he enslaved and slaughtered pass on a daily basis. 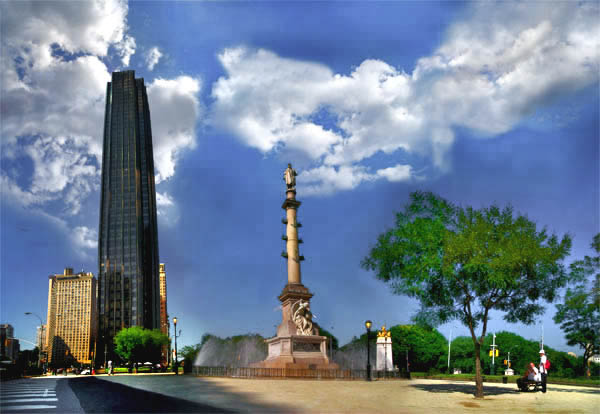 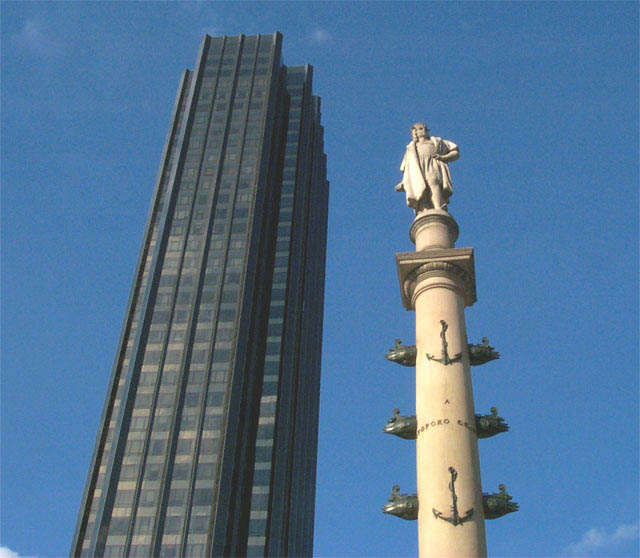 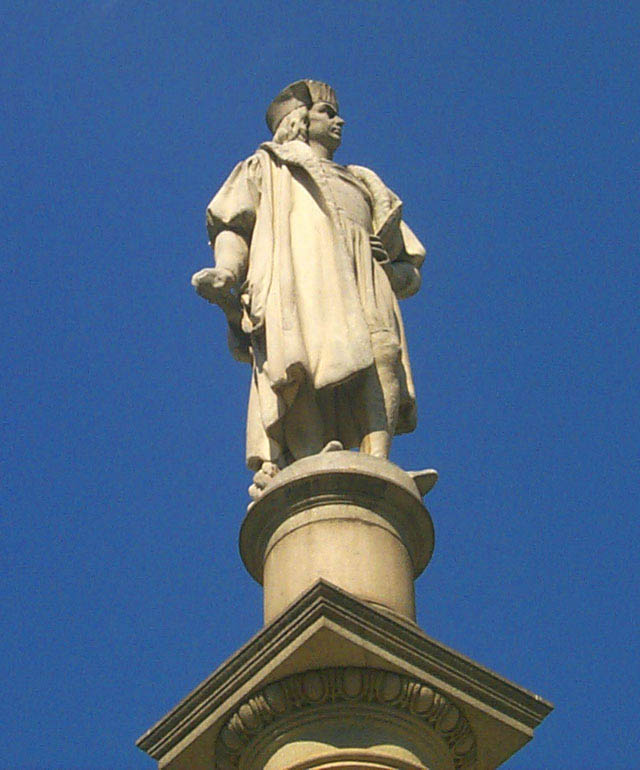