Facing the Olmsted Flower Bed at the center of Literary Walk in Central Park stands a bronze statue on granite base who is not a literary figure at all, Christopher Columbus.
This Italian mariner and navigator is credited with having been the first European to sail across the Atlantic Ocean.
This statue portrays Columbus beside a globe resting on a roped sea anchor, with one hand holding a flag as he looks up to the sky while
his other hand reaches out as if for a reply.
It is a modified replica of one Suñol had created for the Plaza de Colon in Madrid in 1885.
Why Columbus, a man of such dubious character has found himself in the company of so many eminent literary figures is questionable.
The explorer however, did write an abundance of diaries, which have been the source of interest to historians for centuries. This fact may account for the misguided placement 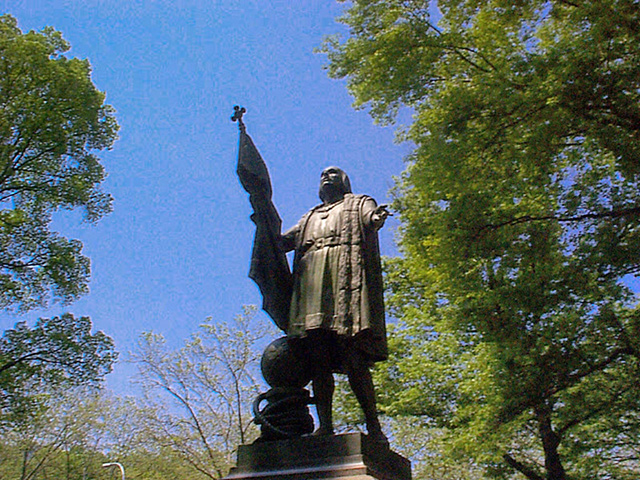 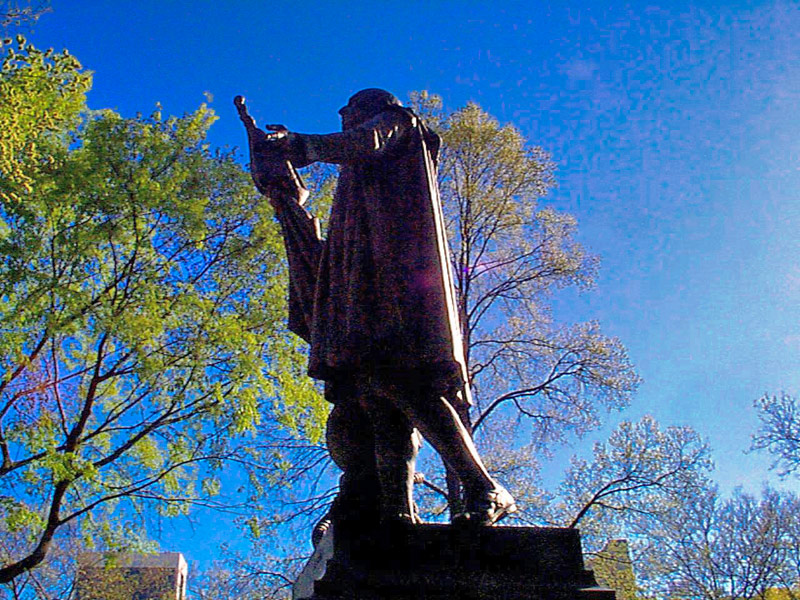 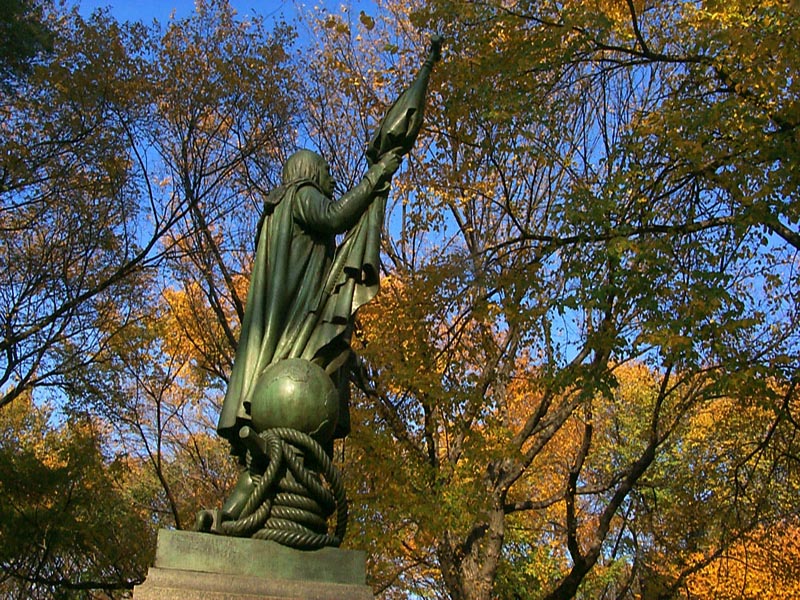 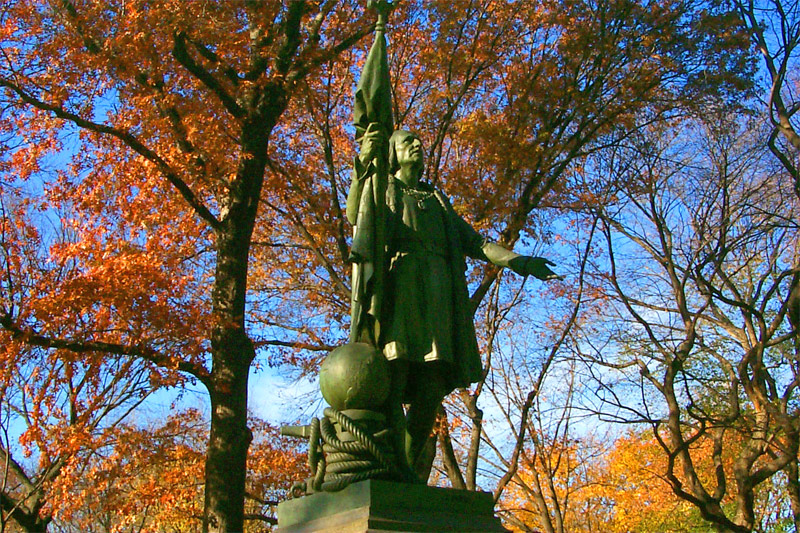