Situated in the center of Columbus Circle at the southwest perimeter of Central Park is a magnificent towering marble statue of Christopher Columbus from which it has adopted its name.
It is at this very prominant spot that the Italian mariner has been awardedhere with the distinction of being the first European to have crossed the Atlantic ocean.
Three ships depicted on the column that carries him aloft represent the Nina, the Pinta, and the Santa Maria, the ships he commanded into the unknown in 1492.
At its base is a fountain with an angel holding a globe. Four hundred years after his initial journey, this statue of Columbus was unveiled and presented by Italy to the United States to commemorate his voyage.
Columbus Circle is the point where Broadway and Eigth Avenue intersect with Central Park West and Central Park South to form an ever growing cultural focal point not far from Lincoln Center. 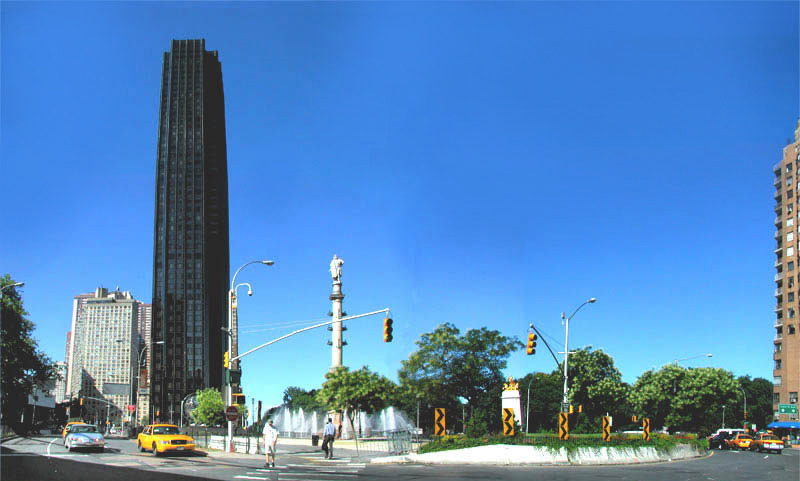