Situated in the center of Columbus Circle, at the southwest perimeter of Central Park is a magnificent towering marble statue of Christopher Columbus and its iconic fountain. The Italian mariner and navigator, is credited as the first European to sail across the Atlantic Ocean and with the discovery of the American continent. He stands atop the monument on a 70-foot granite column with bronze reliefs.
The three ships depicted on the column represent the Nina, the Pinta, and the Santa Maria, the ships he sailed in 1492.
At its base is a fountain with an angel holding a globe.
Four hundred years later, to commemorate his voyage, this statue of Columbus was unveiled and presented by Italy to the United States. 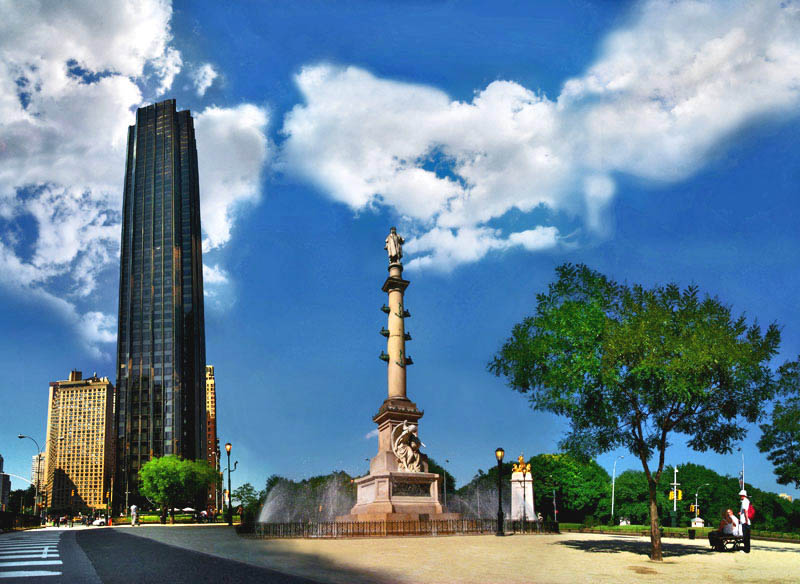 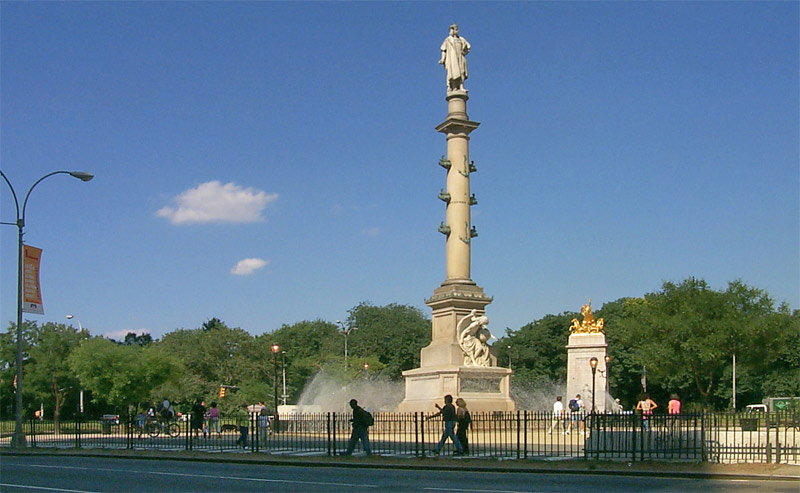 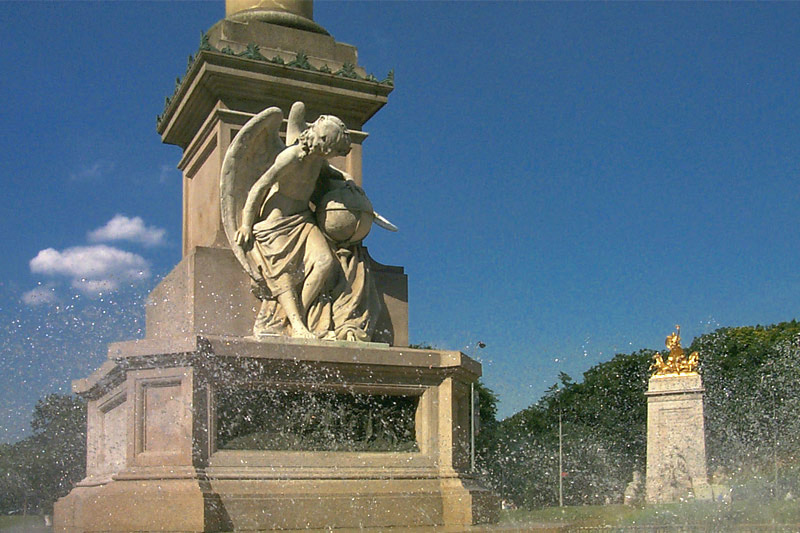 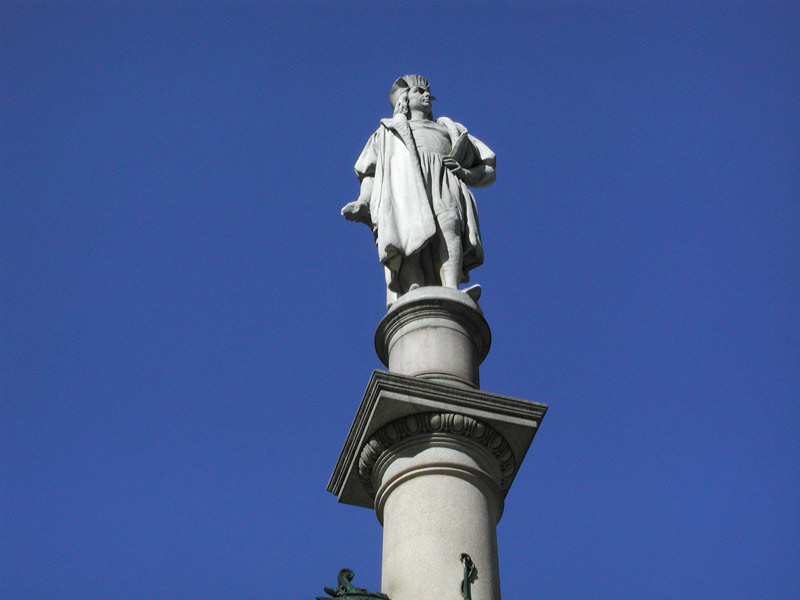