This picturesque building which is now one of the Central Park's three visitor centers was in fact originally a dairy center located in what Olmsted called the Children's District.
A scandal in the late 19th century uncovered the fact that cows were being fed brewery mash instead of hay thereby tainting the milk they produced. Fresh milk was difficult to find during this period so The Dairy became a refuge for families by providing their children with access to fresh milk.
This Victorian Gothic structure with its window treatments and tall narrow spires has borrowed an aesthetic religiosity from its ancient architectural counterparts. Its orange and yellow colors contribute to the fantasy of its design. An open loggia, made of wood sustains benches that overlook the Wollman Rink.
The Dairy displays a permanent exhibit on the Park's history and design and provides visitors with brochures and information. 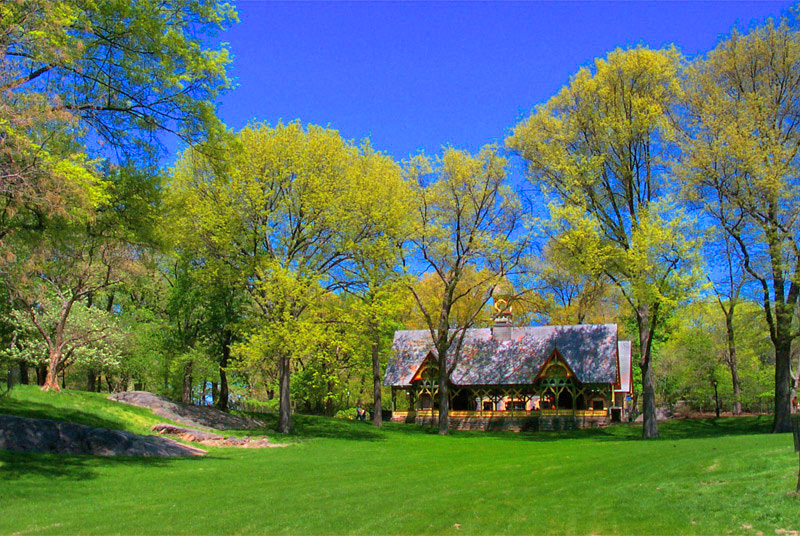 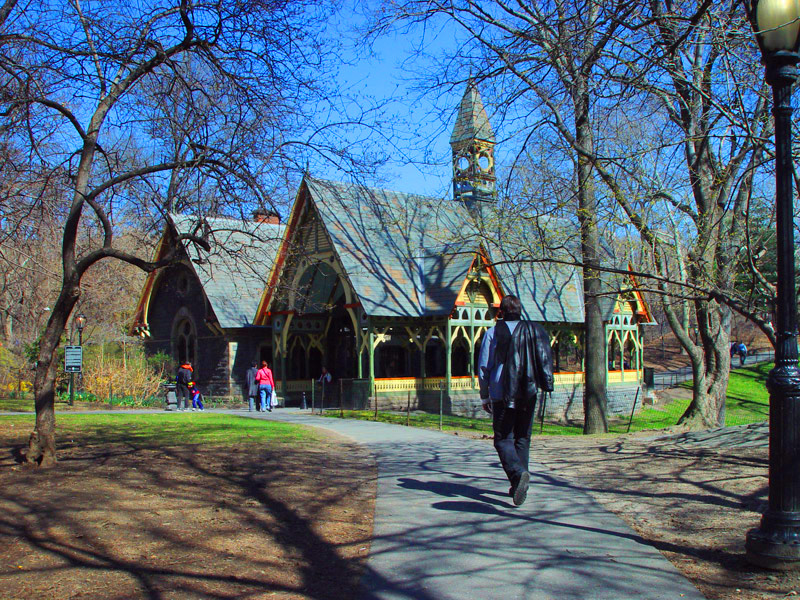 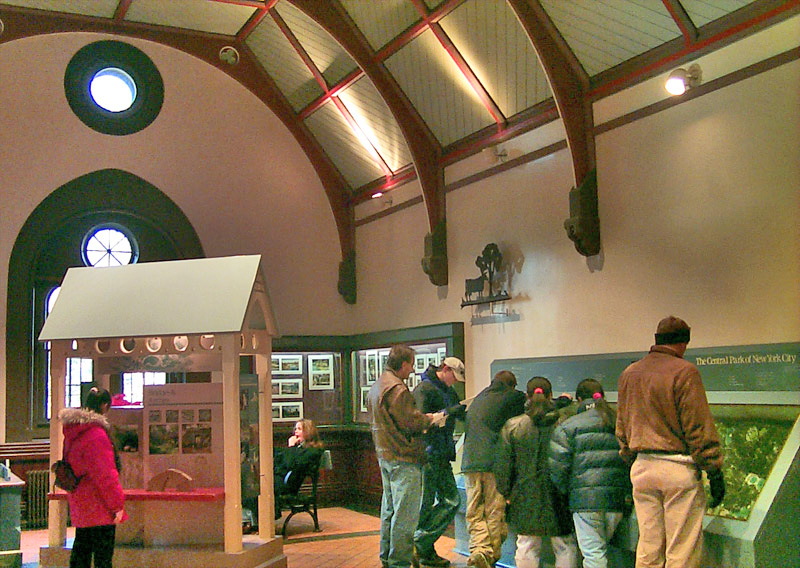 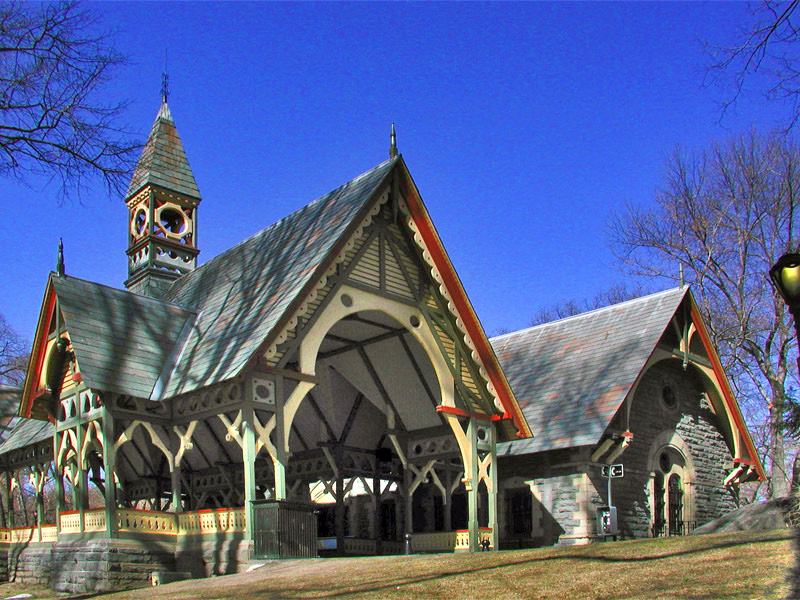