The elegant and dapper, legendary American jazz composer, bandleader & pianist, Edward Kennedy “Duke” Ellington is forever immortalized at Ellington Circle in Harlem, as the first African American figure to have a memorial in Central Park dedicated in his memory.
This soaring monument of black patina bronze tableau rises 25-feet high, featuring an eight-foot tall sculpture of Ellington standing next to an open grand piano. Three 10-foot tall pillars each crowned with three nude caryatid female figures representing the muses support it. Though not a native New Yorker, it was his time spent in Harlem and the Cotton Club
that solidified Duke Ellington's influence as one of the originators of big-band jazz. 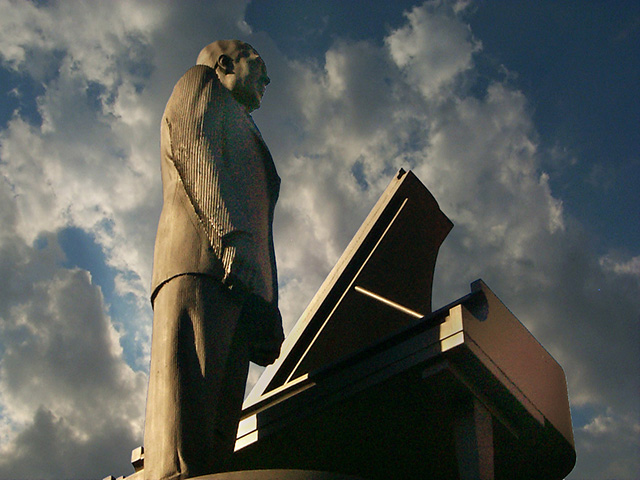 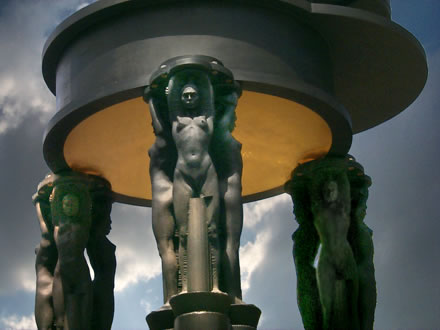 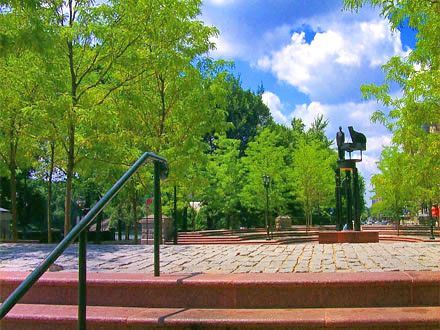 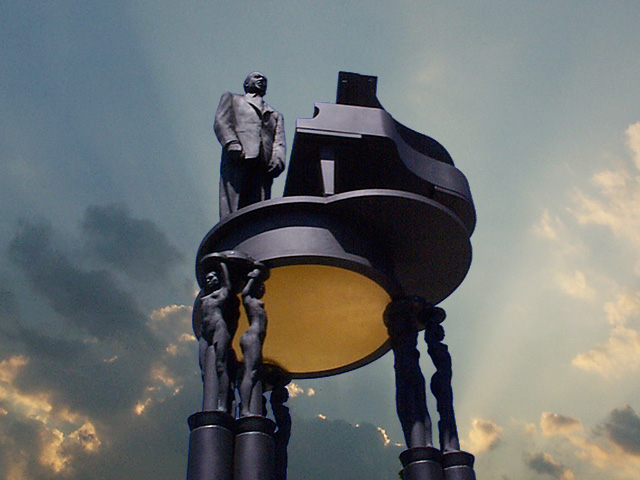