he Attractions Of Central Park

This embellished mythological bronze structure rests on three supports over the entrance to the Tisch Children’s Zoo in Central Park.
It represents a whimsical fantasy, a young boy happily dancing with goats as two other small boys play Pan pipes. Circular curls of stylized branches are adorned with whimsical birds that appear to sing along as the music plays.
Sculptor Paul Manship, famous for his work of Prometheus in Rockefeller Center, captures the charm of the current Zoo’s atmosphere even though it was created for the original Lehman Children's Zoo. 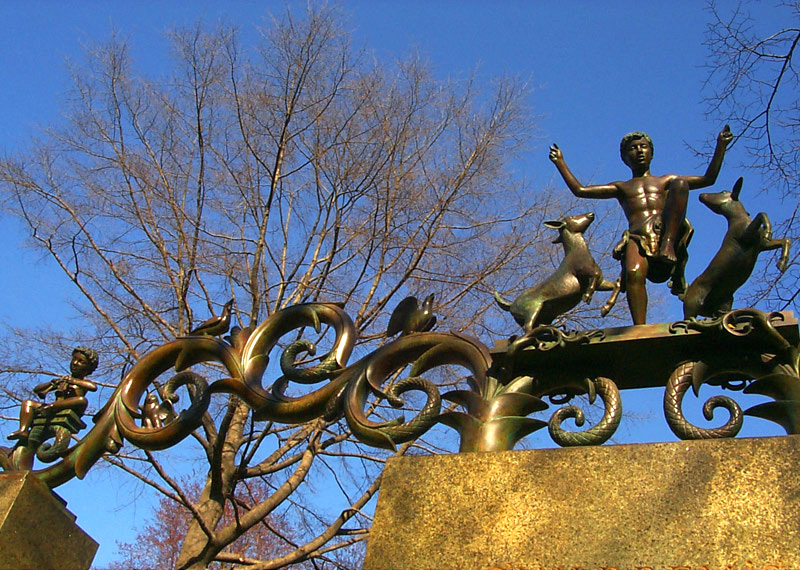 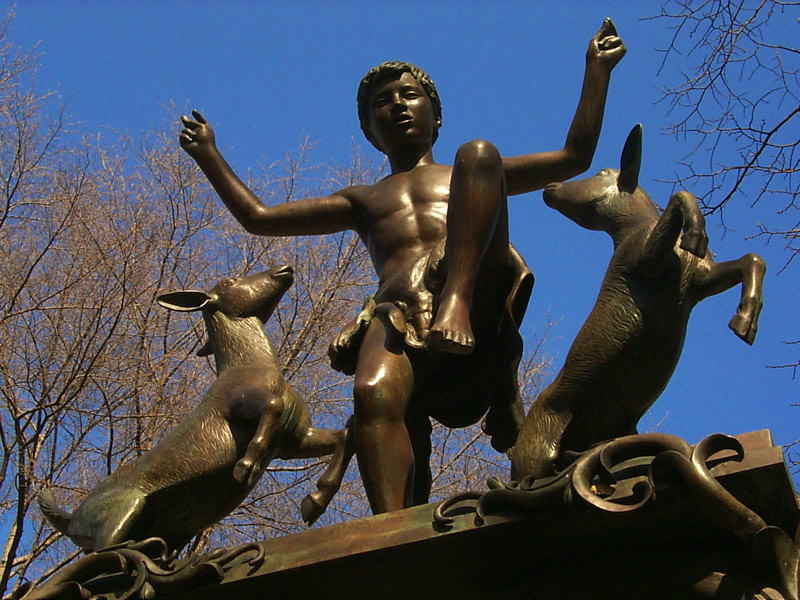 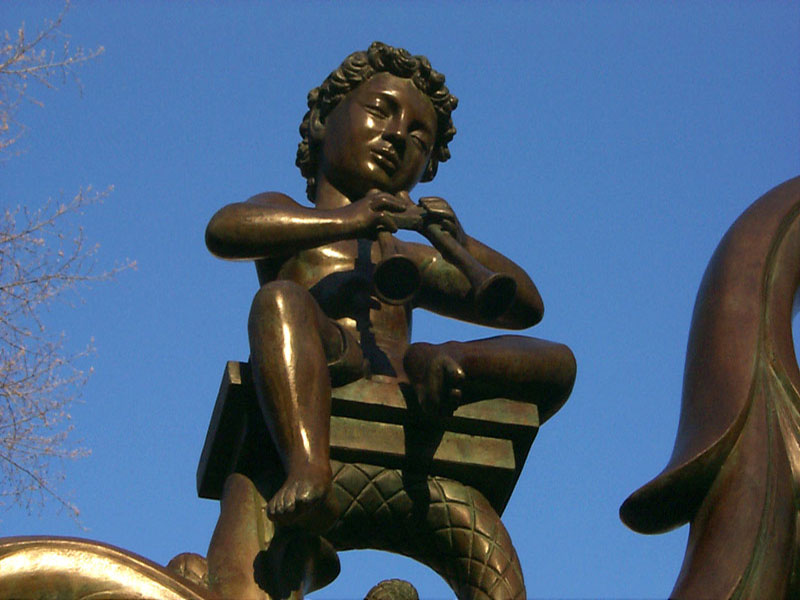 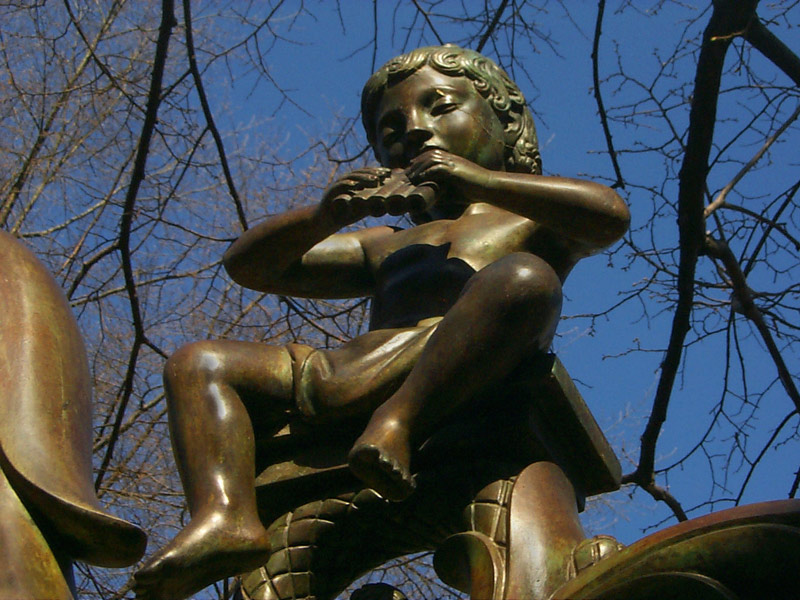 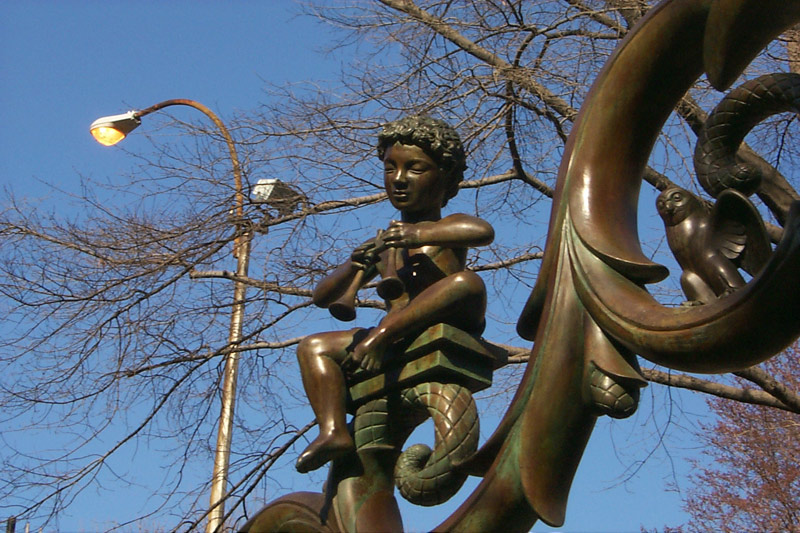