Completed in 1916 Grand Army Plaza takes its name from the Grand Army of the Potomac, the Union Army of the Civil War.
This extraordinary Plaza located on the east side at Fifth Avenue and Central Park South is really a semicircle divided into two halves by Central Park South which bisects it.
Aside from its status as the main east side gateway to the Park it has its own special significance to residents of the city and visitors alike.
Like Plazas in other cities it defines New York as a center of culture and achievement.
On the north side of the Plaza stands a brightly gilded bronze statue of the Union General William Tecumseh Sherman, the individual given much of the credit for ending the Civil War.
His 1864 March to the Sea through the southern states dispersed the Confederacy and shattered their resistance.
On the southern side opposite the Plaza Hotel stands the Pulitzer Memorial Fountain, a gift of the publisher of the old New York World.
At the high peak of this tiered marble fountain stands the bronze statue of Pomona, the Roman goddess of abundance clearly a prophetic tribute to the growth and magnificence of the surrounding area upon which she gazes.
Her back faced the former Vanderbilt Mansion that occupied the space now inhabited by Bergdorf Goodman, a fact not lost on historians who have read much into the placement.
The bisected Plaza was influenced by the layout of the Place de la Concorde in Paris.
The halves are bordered on their curved ends by Bradford Callery pear trees and in the spring their blooms fall to the ground making a dazzling white carpet for the carriages and pedestrians that pass beneath.
Followed shortly afterward by the later blooming tulips the Plaza glows with these colorful blooms which rise up from the flower beds located on the far corner perimeter. 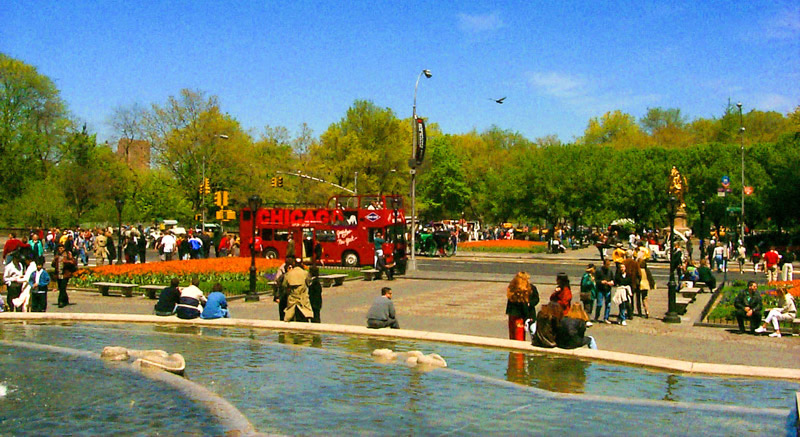 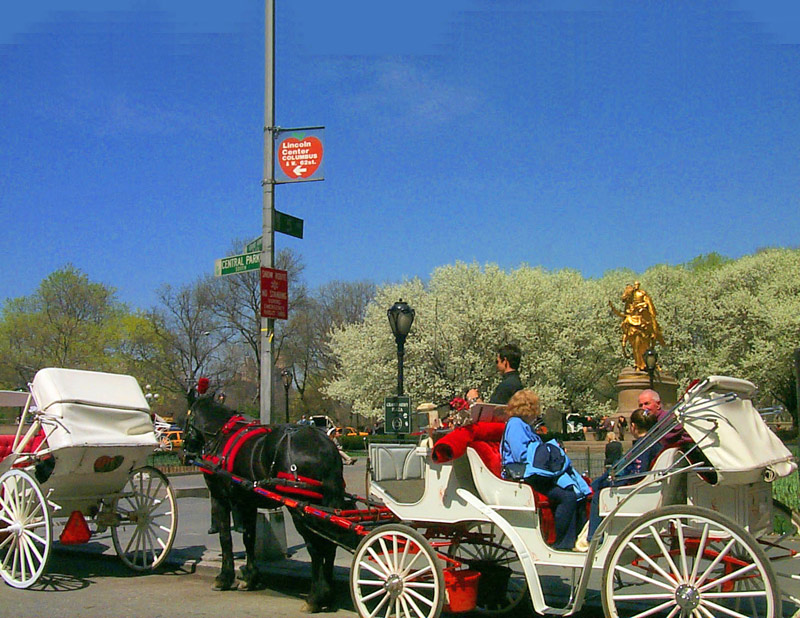