Defined by its adjacent flower beds this bisected Plaza was influenced by the layout of the Place de la Concorde in Paris.

The halves are bordered on their curved ends by Bradford Callery pear trees and in the spring their blooms fall to the ground making a dazzling white carpet for the carriages and pedestrians that pass beneath.
Followed shortly afterward by the later blooming tulips the Plaza glows with these colorful blooms which rise up from the flower beds located on the far corner perimeter. 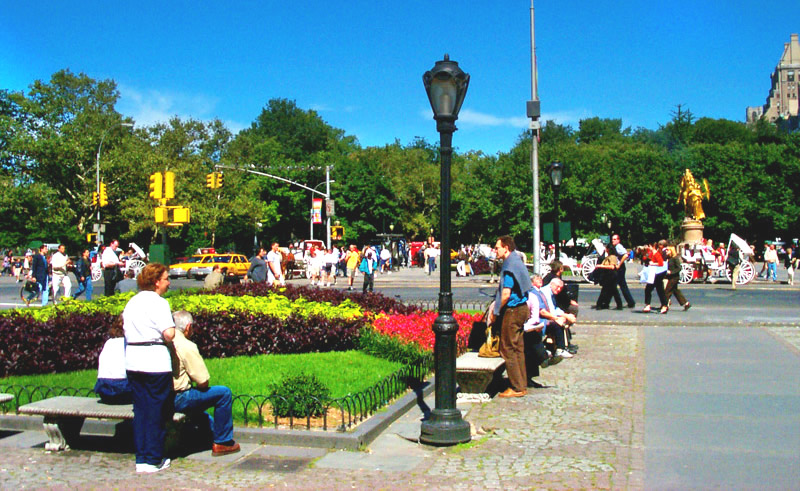