Further down the path of Literary Walk, a statue of Fitz Greene Halleck occupies a spot among the elms. He is found seated in a chair with his legs crossed, holding a small booklet in one hand and a quill in the other.
For all its nobility this statue is the oddest placement in Central Park although Halleck was a prominent member of the Knickerbocker Group a society of writers who sought to promote New York City as a literary center.
Though influenced in the spirit of the pen by Byron, Sir Walter Scott and Robert Burns, whose company he occupies on Literary Walk he was never all that inspired to make poetry his vocation.
His time was basically consumed by his work as a bank employee and as the confidential secretary to John Jacob Astor.
He definitely had powerful, wealthy and influential friends, which might shed some light on the obscure reasoning for his bronze immortality.
Halleck is best known for his satires and his verse eulogy of Marco Bozzaris, a Greek patriot. 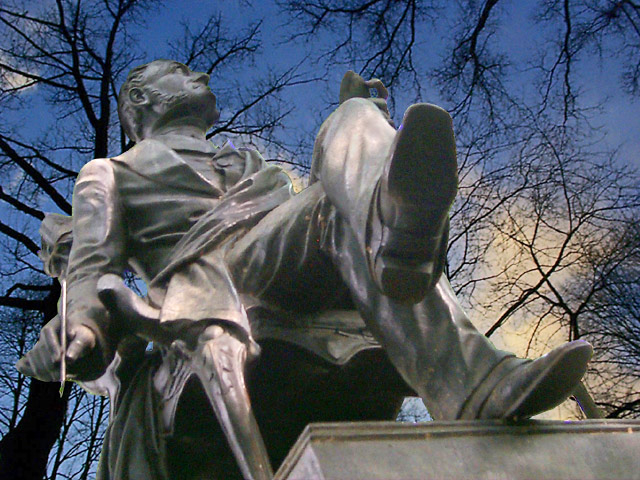 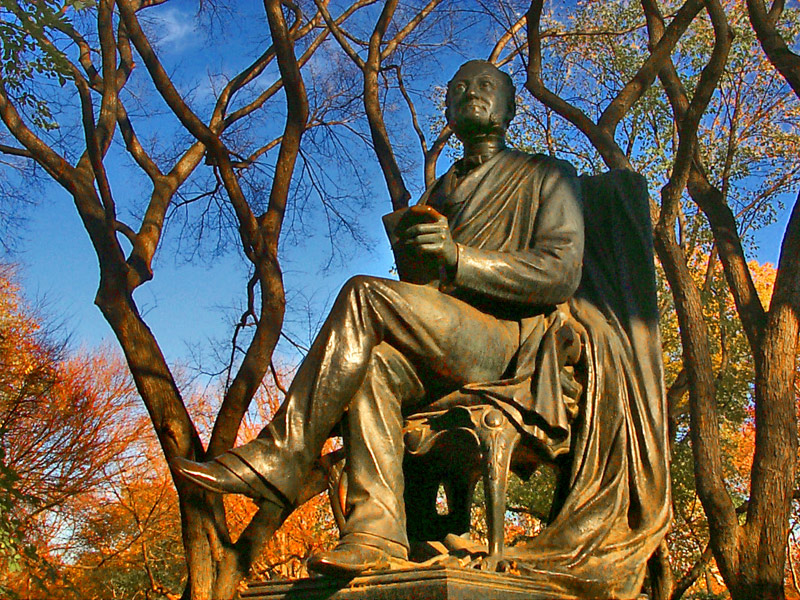 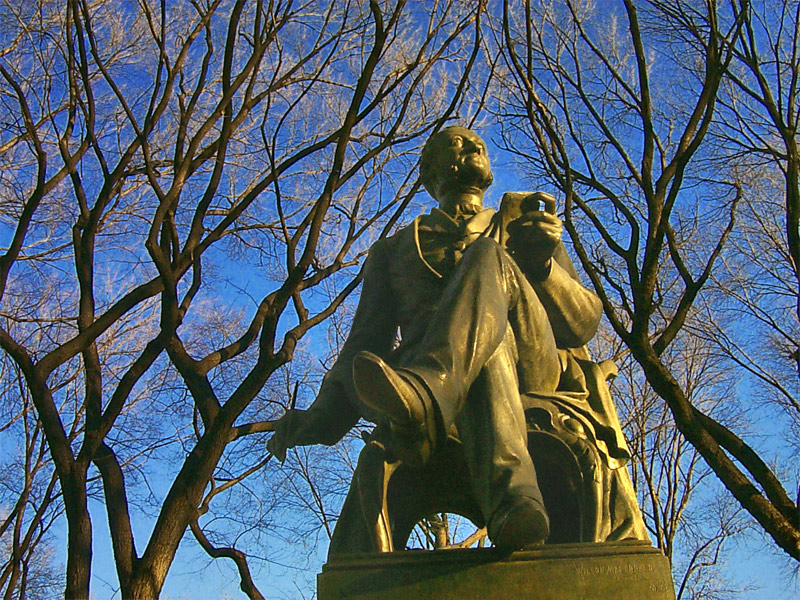