Residing in a unique setting to the east of the North Woods and very much in harmony with that woodland landscape is the Harlem Meer (the word meer in Dutch meaning "small sea").
It is a large water space stretching from the east perimeter of Central Park to the central part of Central Park covering 11-acres in all. Like the Lake it has a meandering and diverse shoreline.
On its southeast corner just in front of the north entrance to the Conservatory Garden is a cove with steps leading down to the water's edge.
Visitors often stop here to read or just contemplate the beauty of the surrounding native plants and foliage or the high bedrock outcropping directly to the west which overlooks the Meer below and which is the home to one of the Park's historic sites, Fort Clinton.
The Meer is surrounded by a variety of trees including ginkgo, cypress, beech, oak and fragrant black locusts, which sweetly scent the air during mid spring. In the spring roses can be seen blooming on its shores and during the summer colorful hydrangeas grace the entrance of the Cove.
Summer also brings wildflowers that bloom around the water's edge of the Meer which include Joe-pye Weed, New York Ironweed, Boneset and Pickerelweed.
Following the westernshoreline around the base of the rocky bluff that sustains at its heights Fort Clinton as well as Nutter's Battery, both emplacements from the war of 1812, is a walkway which follows the shoreline in a gentle arc west around the rocky base to the far south central quadrant of the Meer.
There within a mound of golden grasses rising from the water's surface is Duck Island, a natural habitat located just off the shore of the Meer.
It is a temporary home to transient species including, cormorants, egrets and herons as well as Mallards.
Fascinating for its natural majesty and its historic significance the Meer also offers other forms of spiritual and intellectual enrichment. The Charles Dana Discovery Center, aside from its exhibit center, offers the implements for Catch and Release Fishing as well as tour guides of the area. 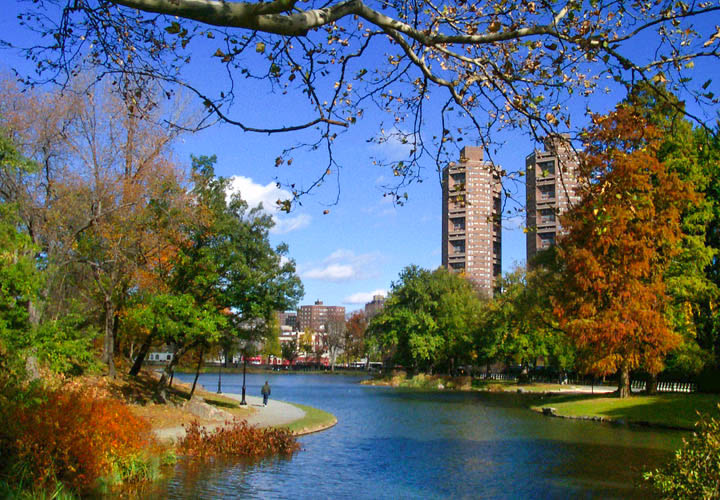 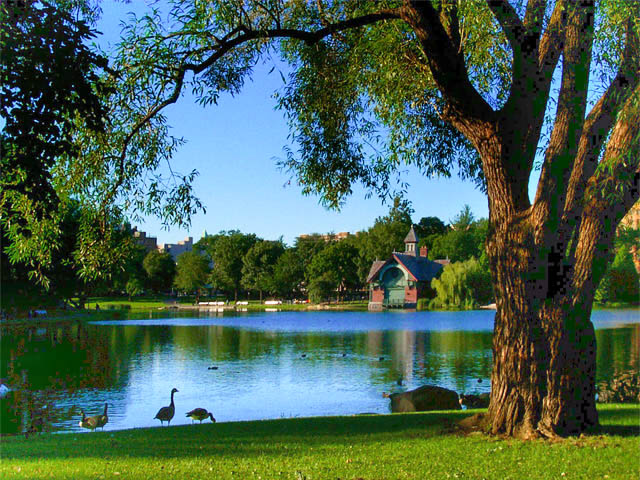 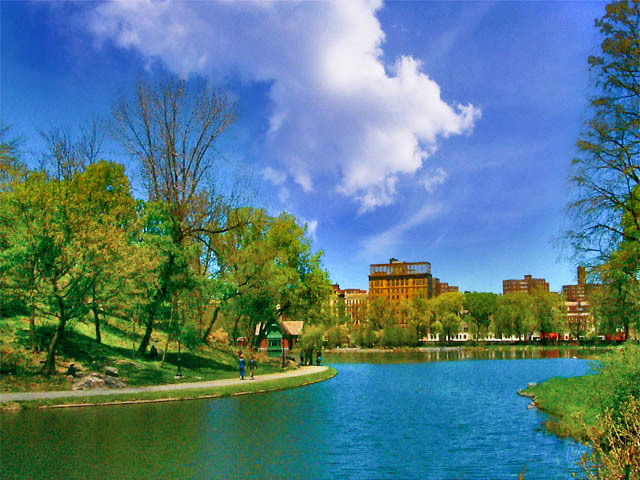 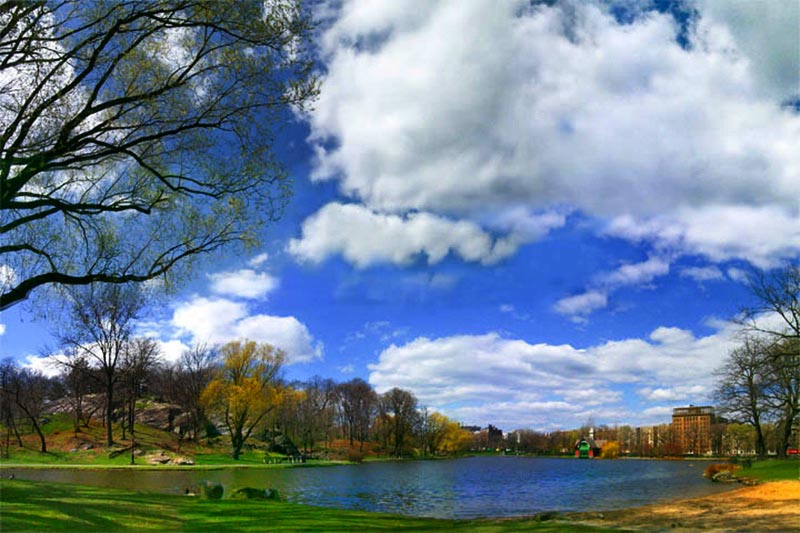 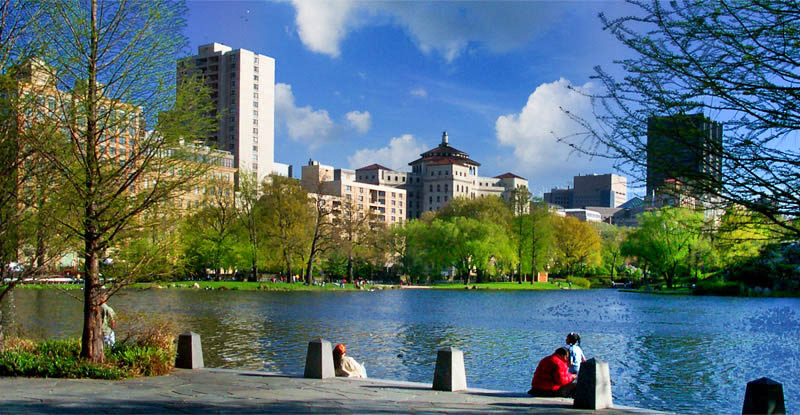 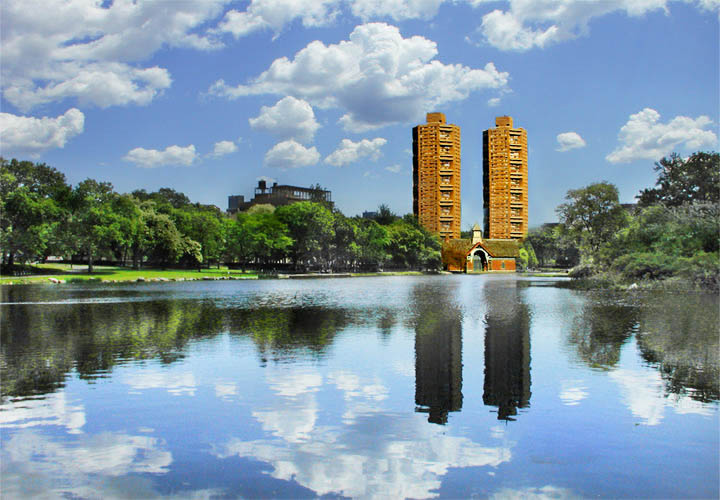 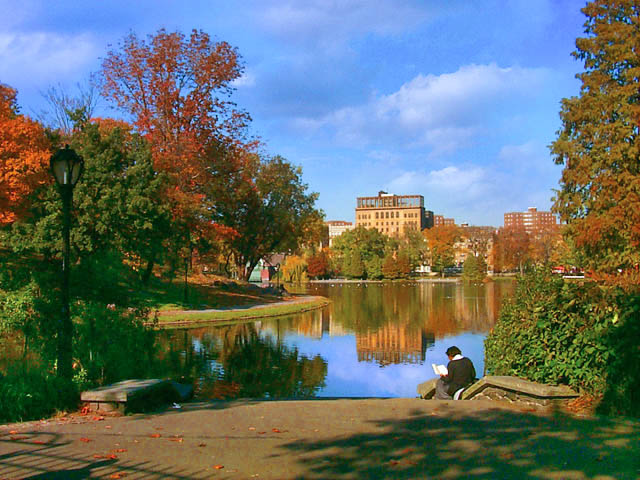