On the northwestern rim of the Lake in Central Park is this wooded peninsula called "Hernshead."
The designers Olmsted and Vaux felt it resembled the head of a heron (called a"hern" by the British).
Defining Hernshead is a bedrock outcropping which rises up from the edge of the Lake at the far end of the peninsula providing an elevated viewing point for one of the most stunning views of the Lake and City skyline Central Park has to offer.
In the spring Hernshead comes to life with a large variety of blooming species including crocuses, azaleas, bluebells, irises and daffodils.
Summertime brings the colorful display of Cardinal Flowers, New York Ironweed, Joe-pye Weed and Blue Vervain.
Bisecting the peninsula is a narrow path, which leads up to the Ladies Pavilion. With its Victorian design highlighted by a highly decorated framework it recalls another period when it once had its home at Merchants' Gate at 59th Street and Central Park West.
There in the early part of the century it provided a shelter for Park visitors waiting to catch their trolley for a ride back home and away from the barely inhabited area of the Park.
Hernshead is one of the most favorite of all the sites the Park has to offer both to visitors and bird lovers who, if they are lucky can catch a close view of the Park's Mute Swans or the Great Egrets who have adopted the Park as their home. 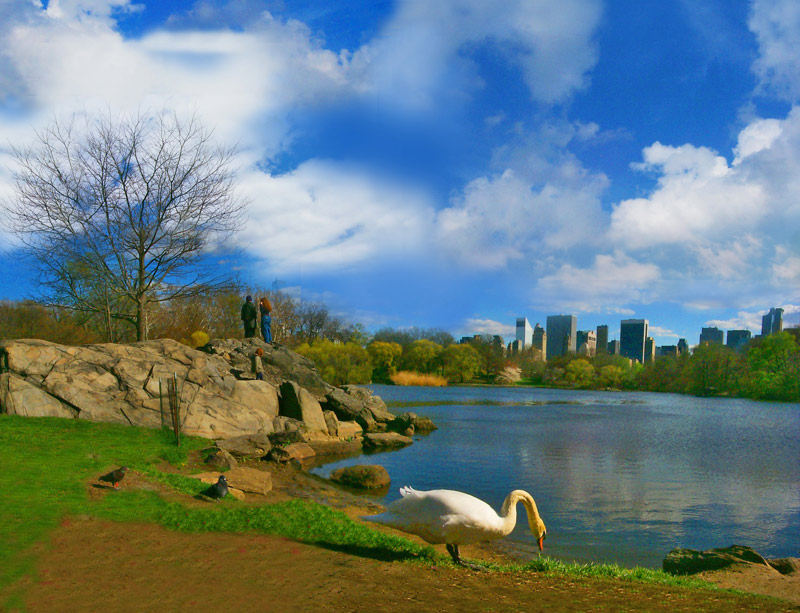 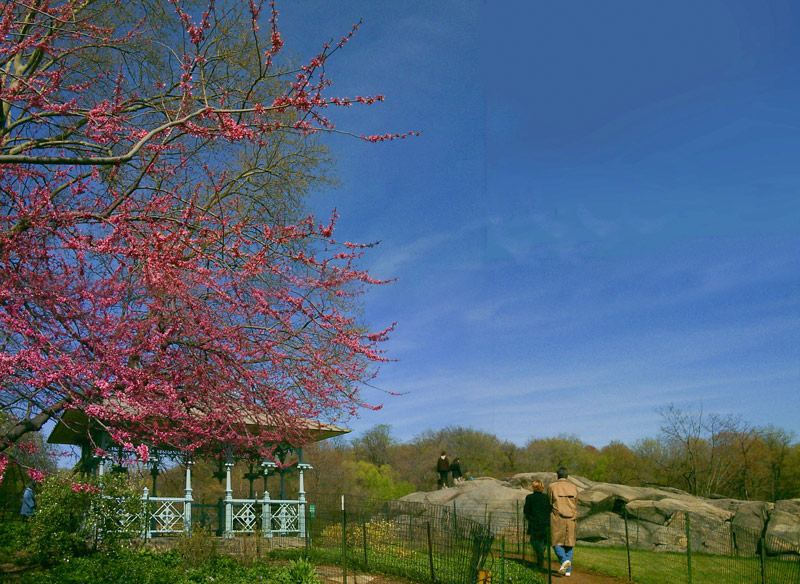 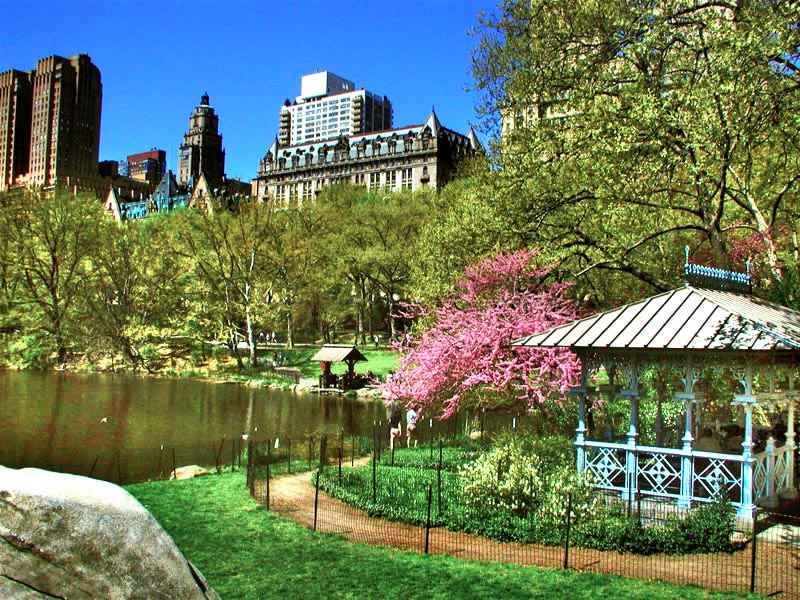 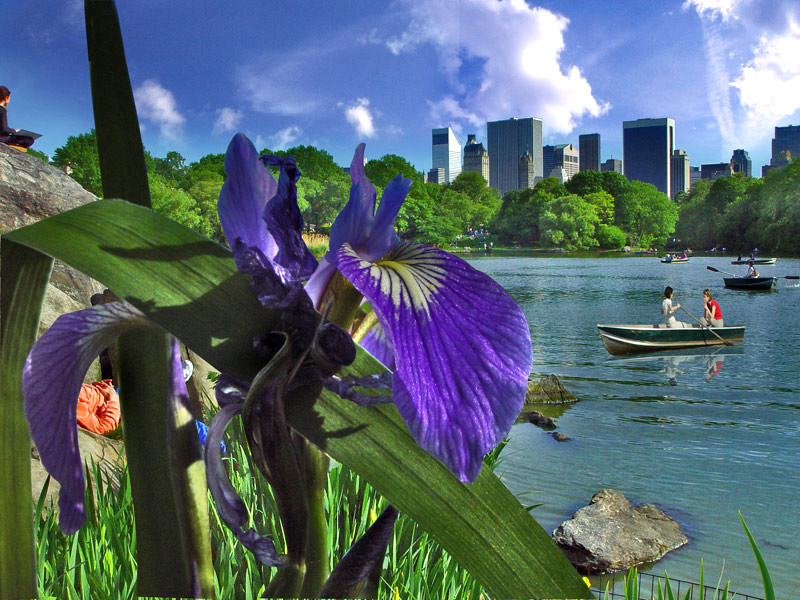 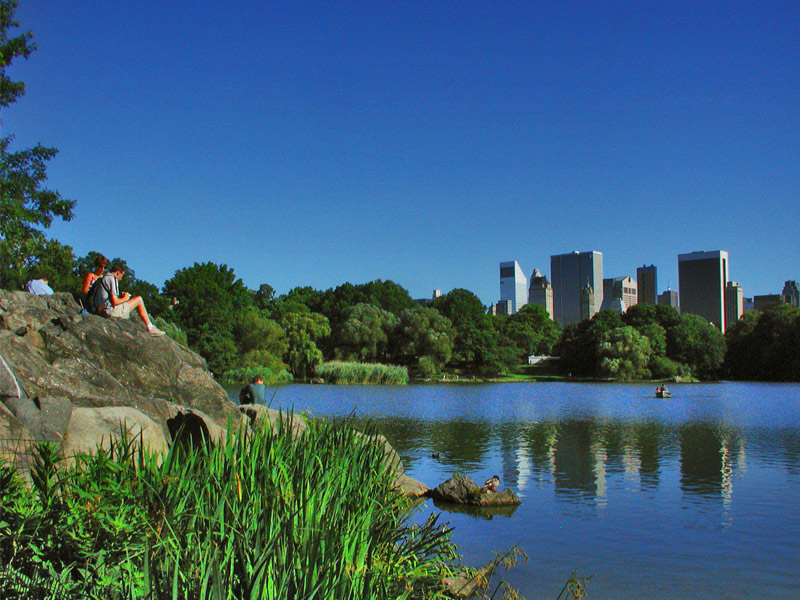 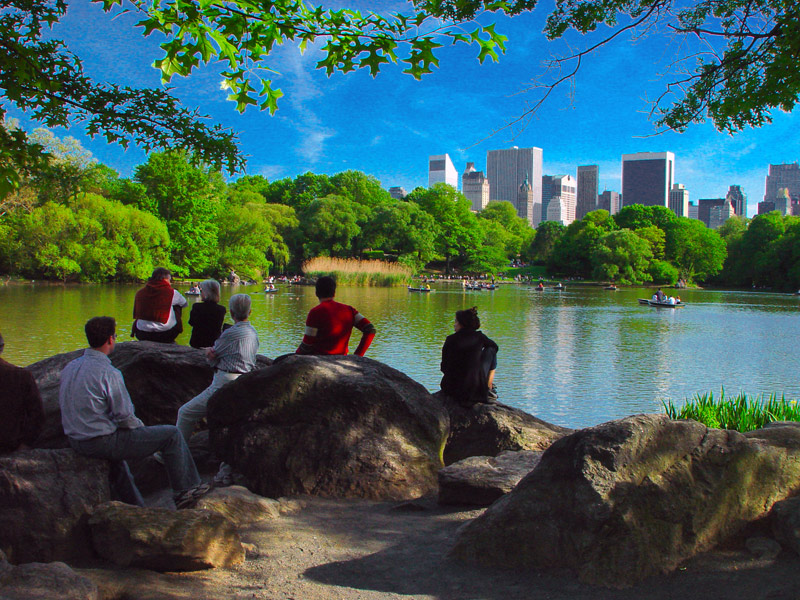 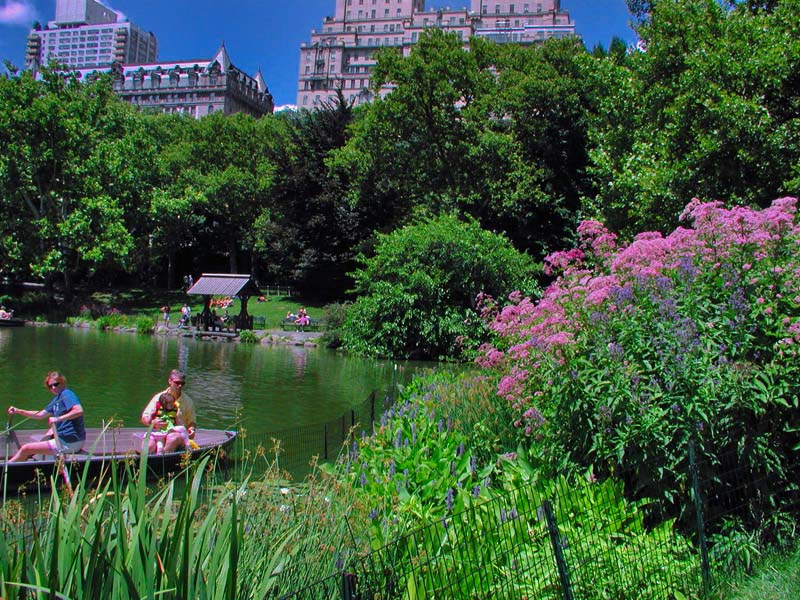