This striking equestrian statue of King Wladyslaw Jagiello, a Polish-Lithuanian hero of the 15th century is one of the most intense statues in Central Park.
With swords crossed in military victory over the Teutonic Knights at the Battle of Grunwald in 1410 he rides his horse into some of the most beautiful sunsets in New York City here at the east end of Turtle Pond.
As grand duke of Lithuania and King of Poland, he united the two states as the leading power of Eastern Europe.
Originally built for the 1939 World's Fair, this statue now reigns over Turtle Pond where traditional Polish and Lithuanian folk dancing is often performed before it at the Turtle Pond Performance Round. 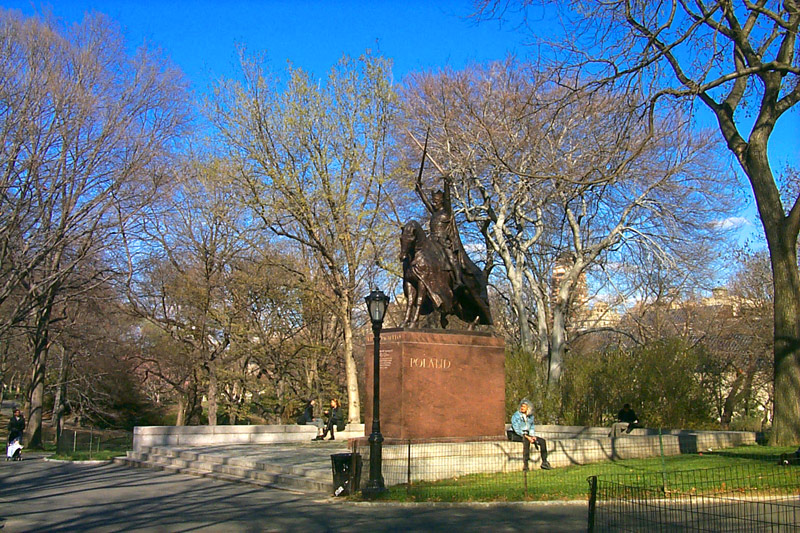 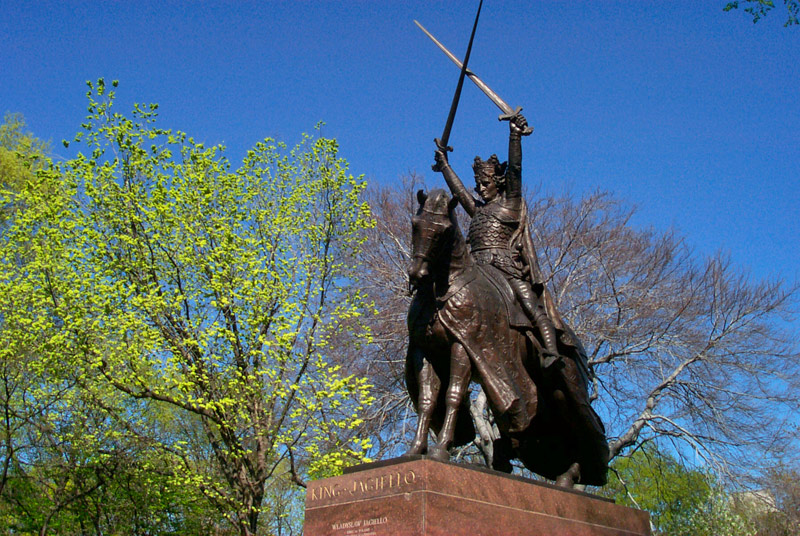 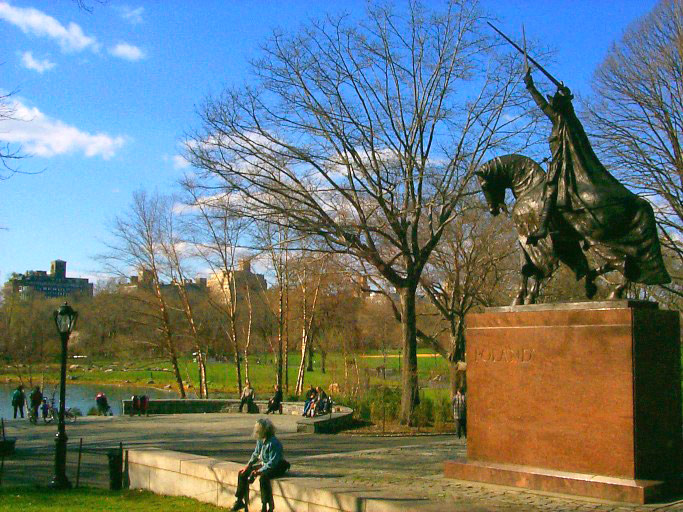 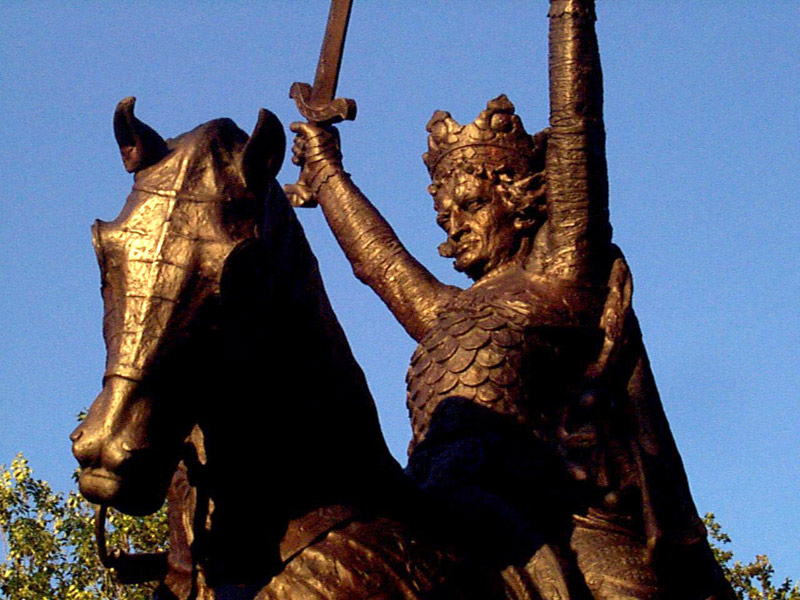 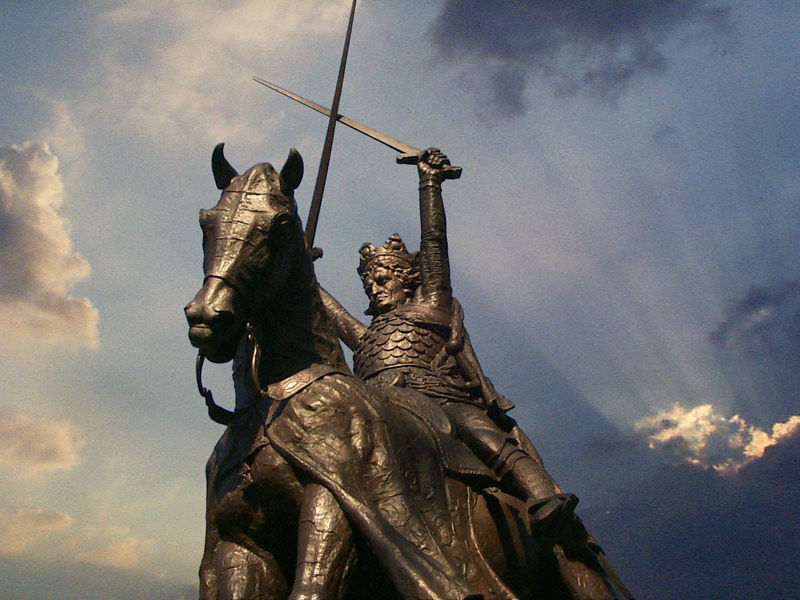 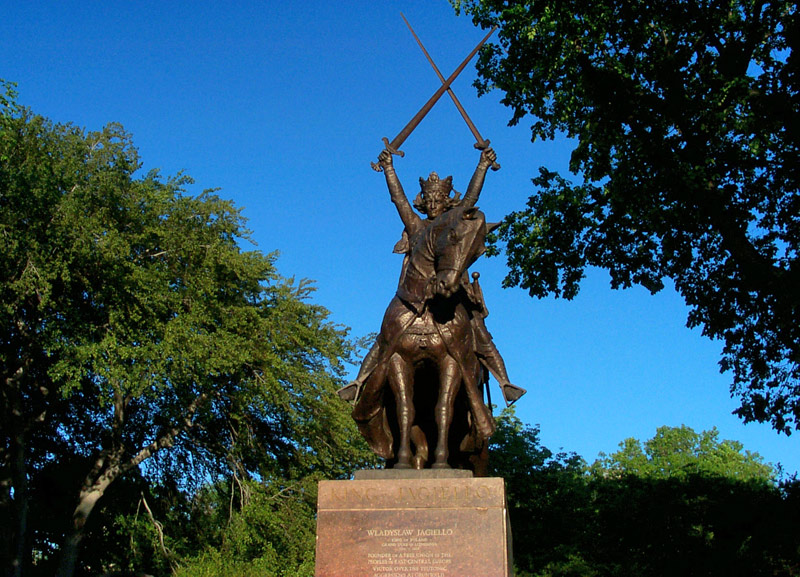 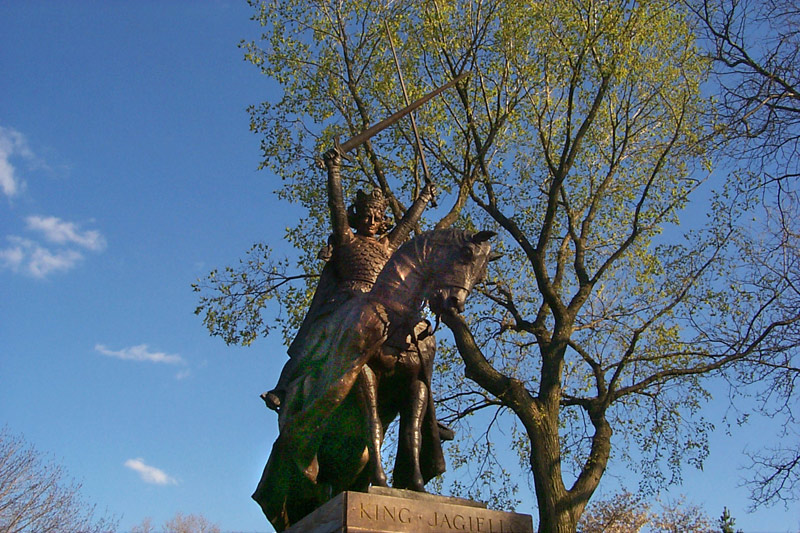