One of the main recreational sites located in the upper part of Central Park is the Lasker Pool.
Overlooking the Harlem Meer, it is transformed into the Lasker Rink in the winter when it features ice-skating and high school hockey. During the summer months it is converted into one huge swimming pool and when the heat is too much to bear the laughter of local children can be heard frolicing and splashing in its waters. Best of all, admission to the swimming pool is free!
A range of amenities are also provided for the swimmers, which include a substantial deck area, locker facilities and a concession stand.
It replaced part of the Meer in the late 1960s, when the wealthy Lasker sisters thought it would be a wonderful philanthropic gesture to the children of the community. Many at the time, including the then current Parks Commissioner Newbold Morris desperately fought the construction, labeling a desecration of a sacred space.
In 1966, the Pool opened to the public and the beautiful landscaping linking the Loch to the Meer would forever be changed and marred by this monstrous site.
Yet, popular opinion defeated the opposition. Even today the controversy continues. The Lasker Rink and Pool still remains for many a horrible eyesore and for others a place that brings great joy and entertainment in the summer and winter months to the often neglected north quarter of the Park. 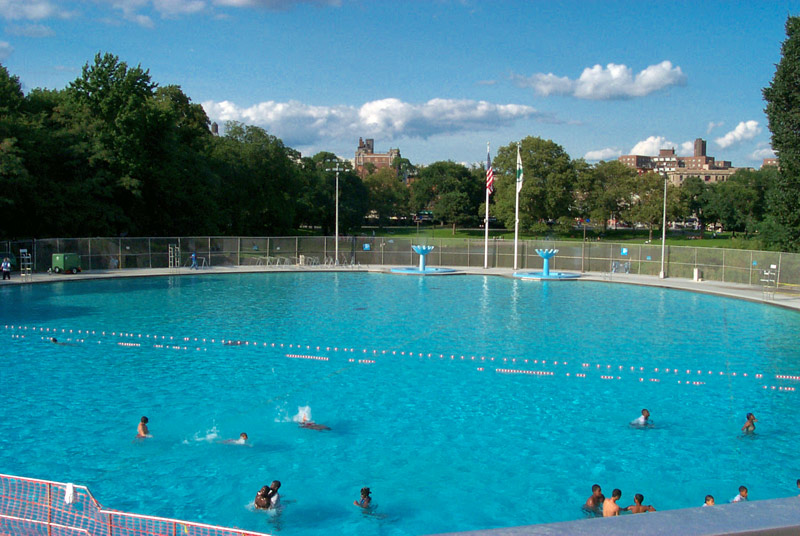 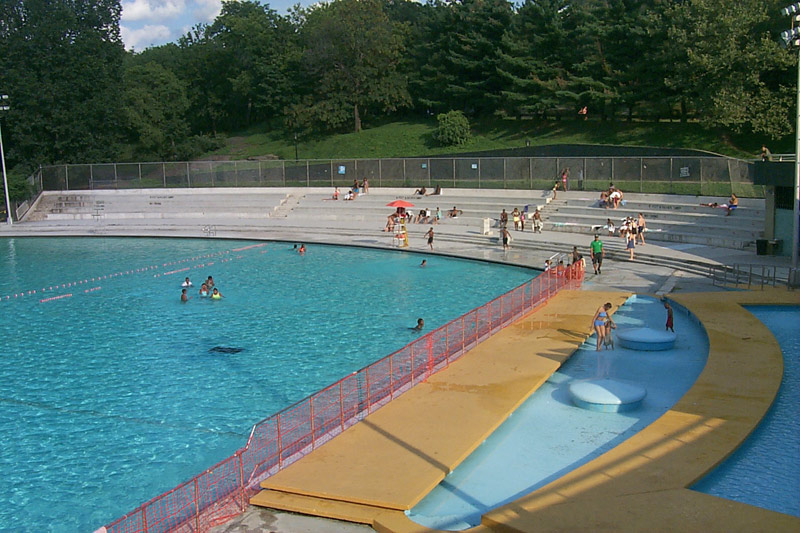