Even before a Central Park visitor reaches the narrow dirt path that borders the north rim of the Sheep Meadow they are greeted by the sweet aroma of blooming lilacs.
23 varieties of purple, pink and white lilac blossoms lilacs from around the world have been planted on the narrow lawn that borders the north rim of the Sheep Meadow.
The selection includes the Dutch Syringa vulgaris as well as the Southeast European and American varieties. Hybrids from the United States and France have also been planted and all are skillfully and creatively presented by skilled gardeners to the delight of all who walk along this path. There are even varieties from Canada and China.
When these lilacs blossom, their intense fragrance is quite demanding and few who pass this way can ignore the theater of aroma that envelops them.
Created in 1970, Lilac Walk was conceived and financed by philanthropist Nell Singer.
It is bordered on the south by the north fence of the Sheep Meadow, which features the crawling vines of clematis and morning glories in the summer.
Yet it is in the spring, on the other side of the walkway, when the cold, long New York winter has passed from memory that the real drama for the senses unfolds. 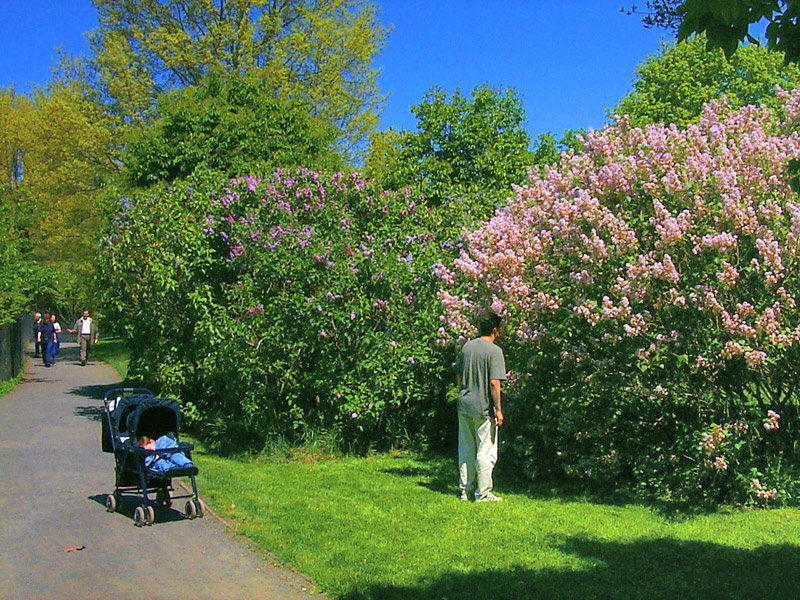 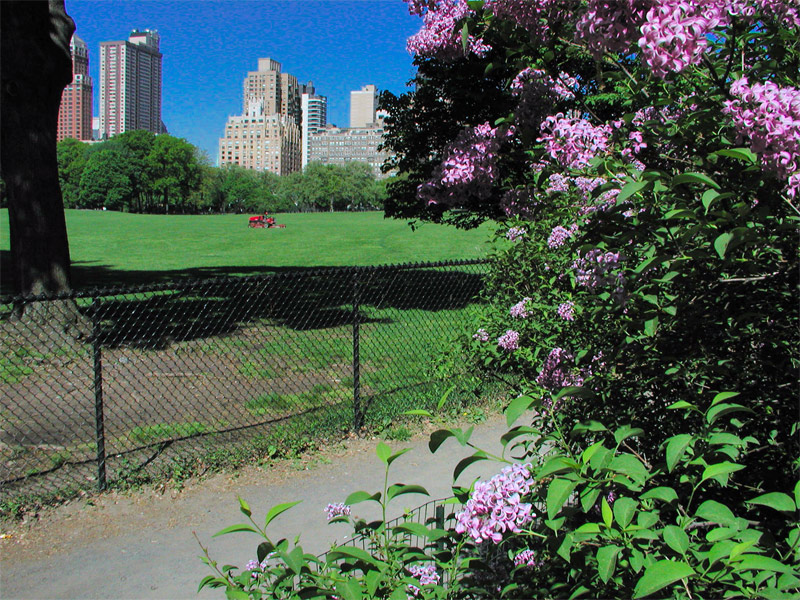 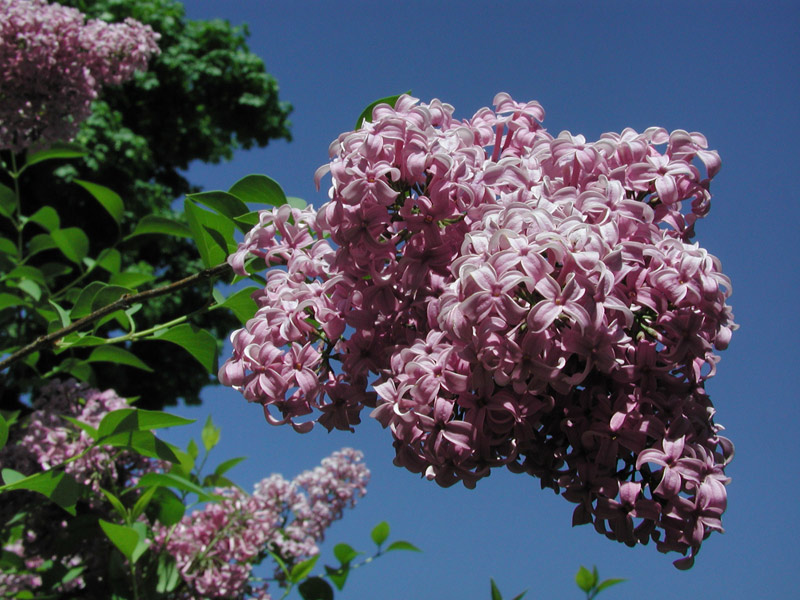 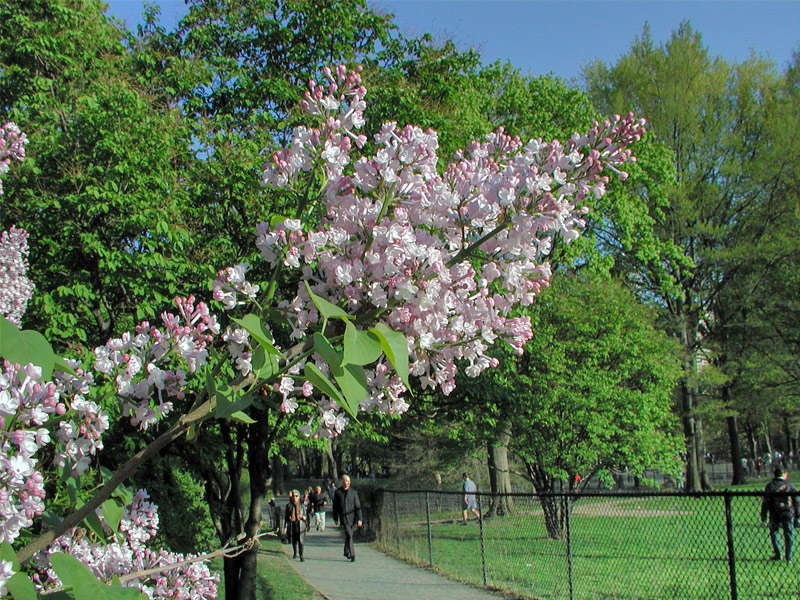