At the entrance of Merchants' Gate, the main gateway into Central Park, stands the colossal marble statue and fountain of the Maine Monument. A powerful 1913 Beaux Arts monument to commemorate the controversial sinking of the battleship Maine in 1898 and created in a 1901 design contest sponsored by a Spanish-American War commission vice-chaired by media magnate William Randolph Hearst who had a driving interest in promoting the cause.
It is a massive 44-foot limestone pylon, crowned at the top with a gilded bronze sculpture of Columbia Triumphant in a seashell chariot pulled by three hippocampi, sea horses that signifies the United States' dominance of the seas. At the pylon's base, surrounding the ship are the mythological figures, Victory, Peace, Courage, Fortitude and Justice.
Though the destruction of the Maine as it sank in the harbor of Havana, Cuba claiming the lives of 266 seamen, was later revealed to be a terrible accident the popular jingoistic slogan, "Remember the Maine" lives on. 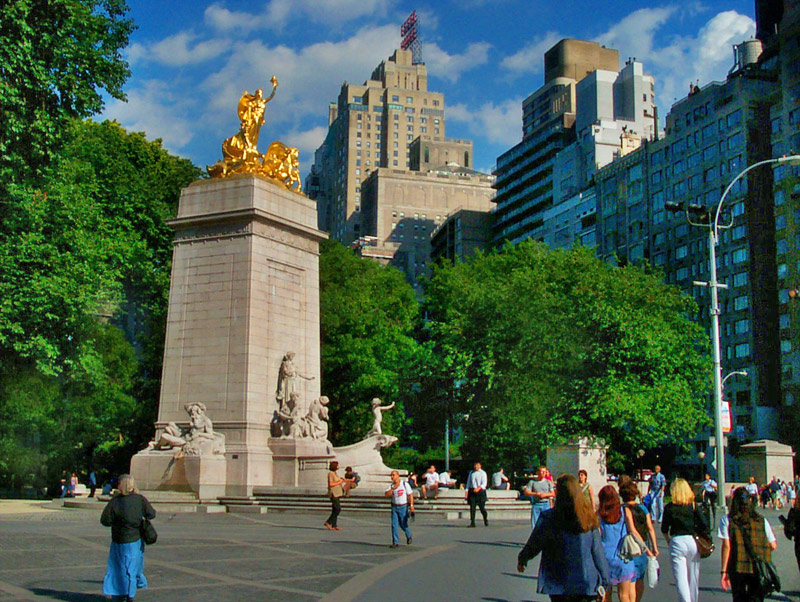 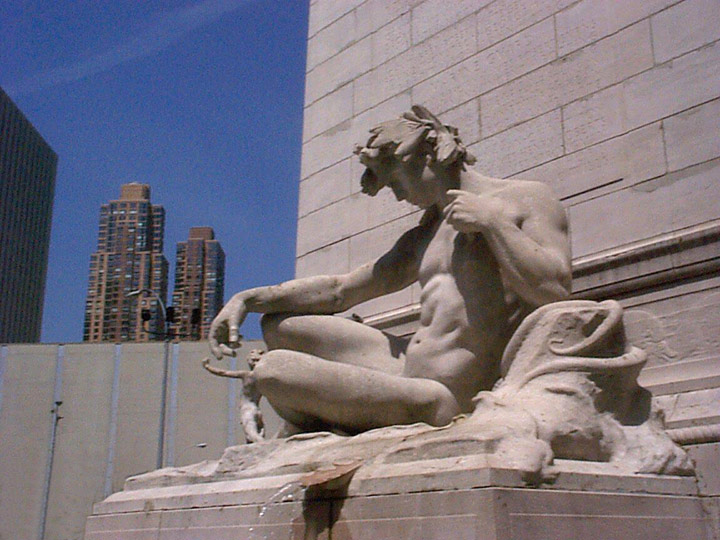 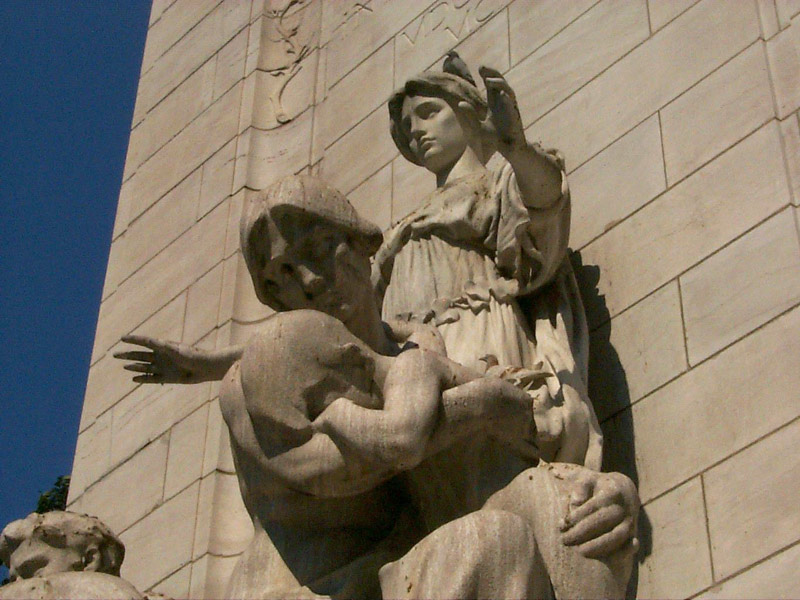 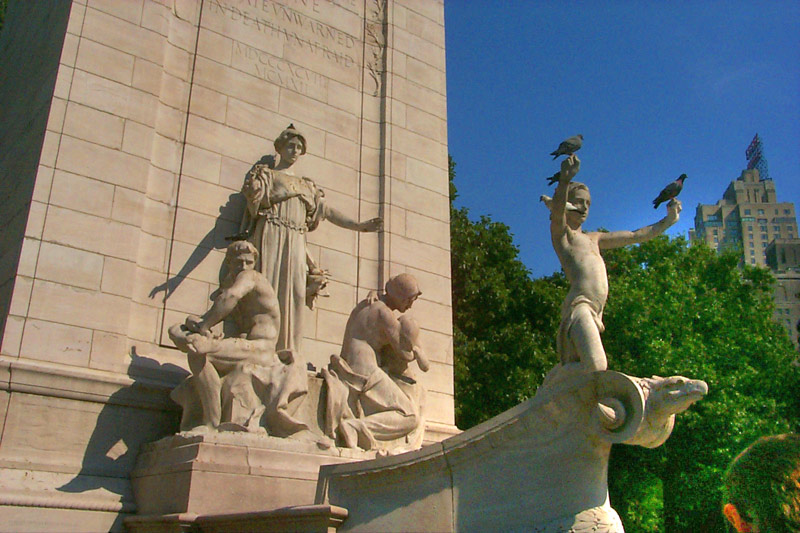 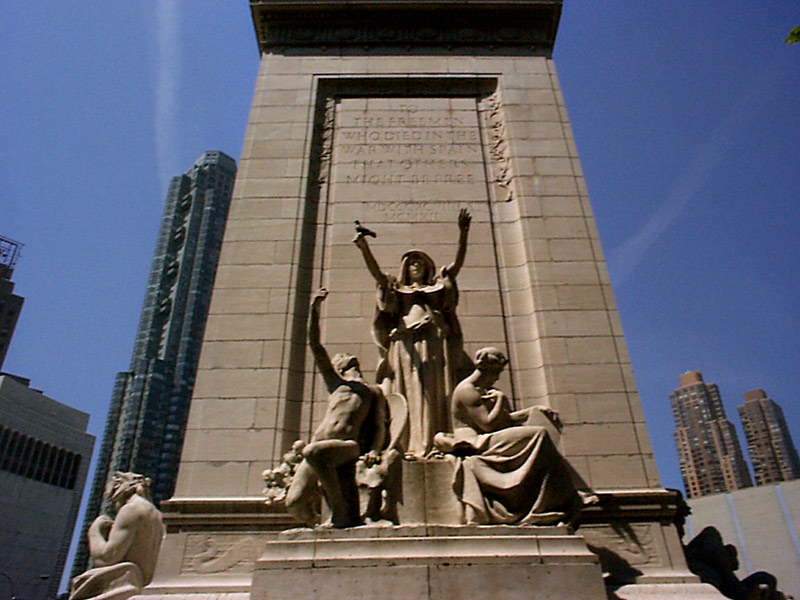