Upon entering Artists' Gate, a main gateway to Central Park, one will see a towering statue of José Julian Martí, the Cuban essayist, poet, and patriot in his last moment of struggle for Cuba’s independence from Spain.
This powerful statue represents Martí sitting slumped to one side on his horse as he gasps his last breath during the battle of Dos Ríos in May 1895 in which he was fatally wounded.
This battle was the commencement of the final insurrection against Spain that claimed his untimely death.
The panicked horse rears up in great fury as the fallen Martí struggles to pull its reins while clutching his right arm to his wounded chest. 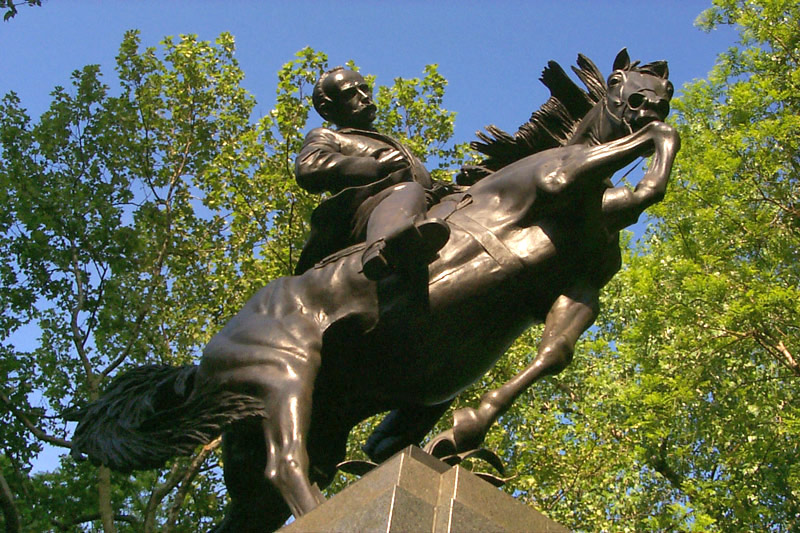 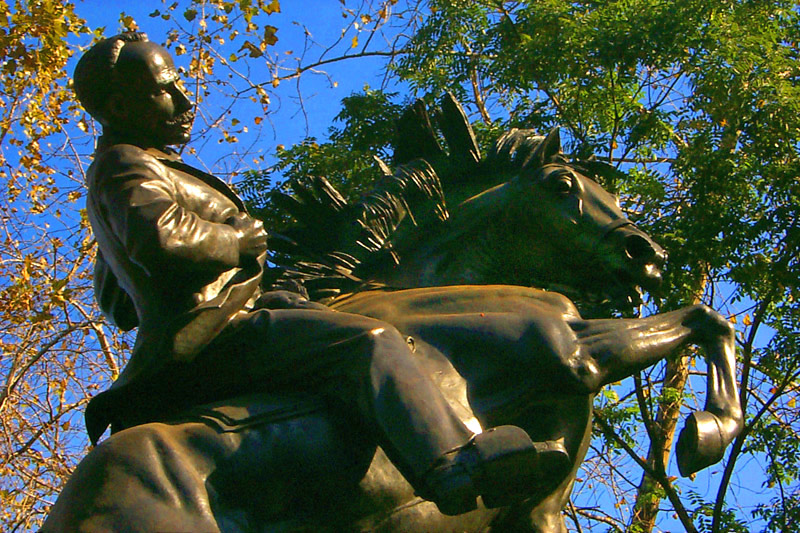 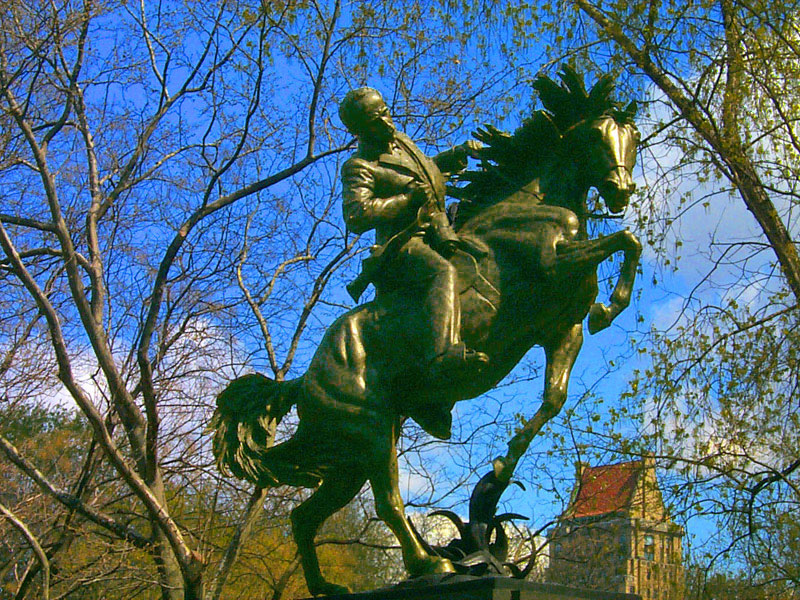 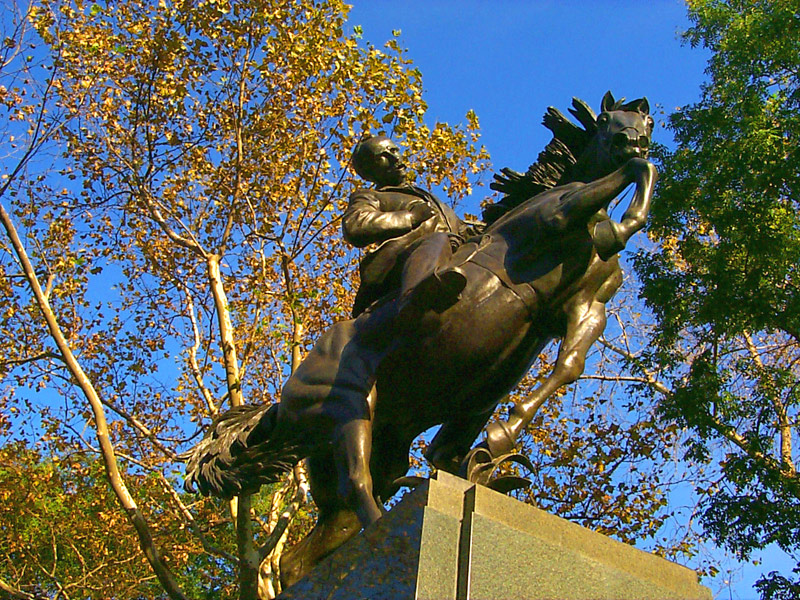 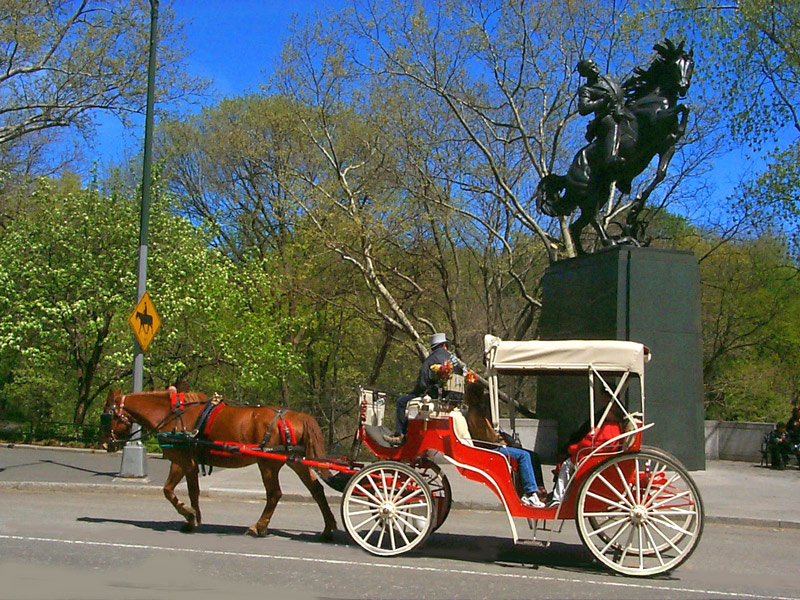