Leading up a stairway to the entrance of Rumsey Playfield in Central Park is a strange granite statue of Mother Goose, the fictional name traditionally associated with nursery rhymes.
Here she is depicted flying on the back of a goose as her cape expands outward from the rush of the wind. As she clutches her handbag, a cat meows.
Yet, there is more than meets the eye. Carved into both sides of the statue are some favorite childhood characters, such as Little Jack Horner, Humpty Dumpty and Little Bo Peep. 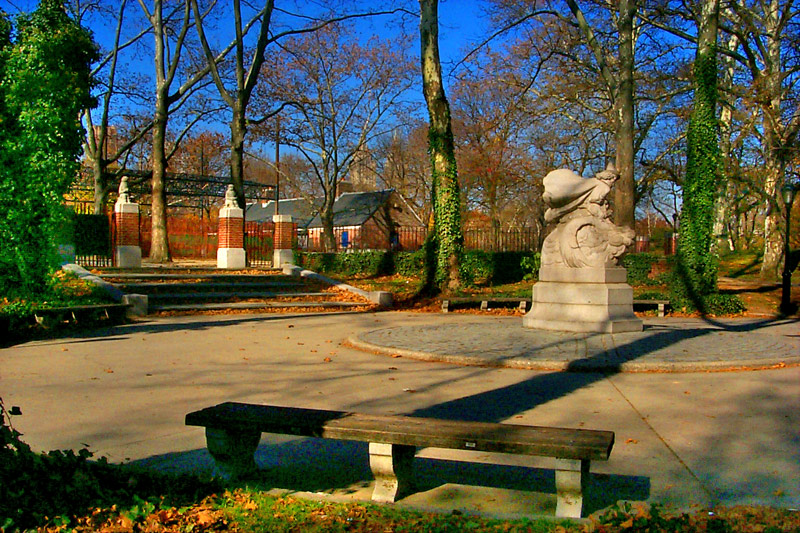 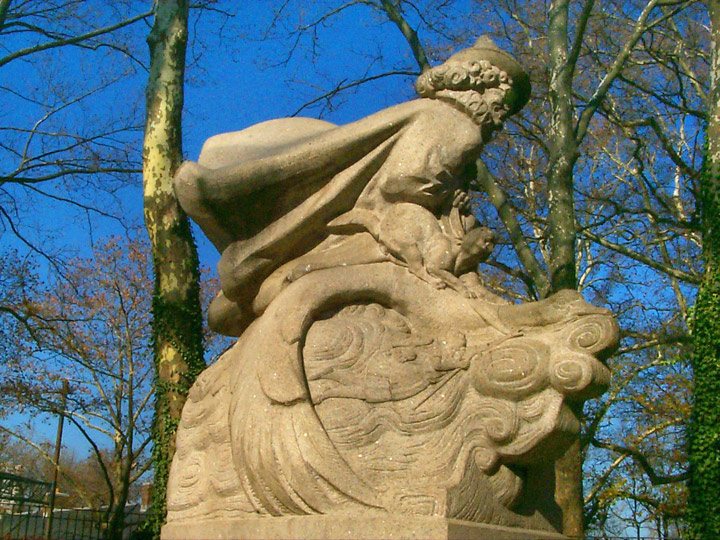 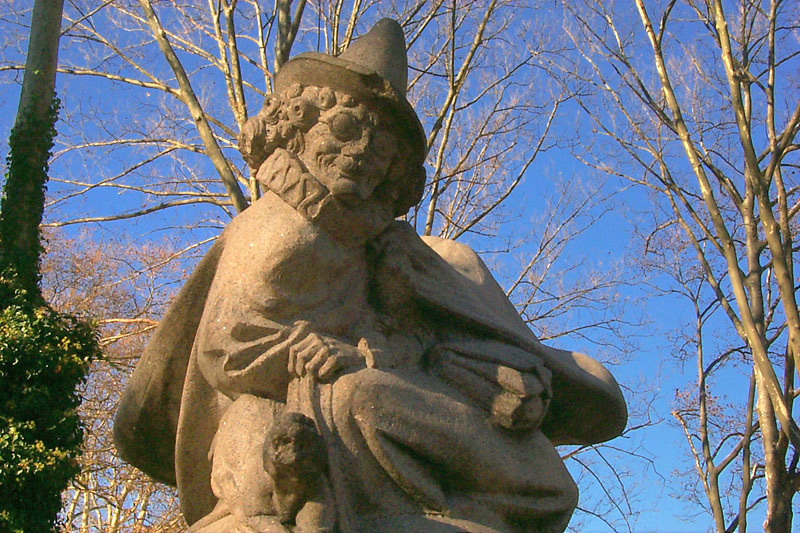