One of four main historic sites in Central Park Nutter's Battery recalls the battle to preserve a new republic.
Formerly the site of a fort built by volunteers that was in use during the War of 1812, Nutter’s Battery was named after the owner of a nearby farm. This mound, like Fort Clinton, was originally occupied by the British during the Revolutionary War. It was resurrected again in 1814 when Nutter’s Battery was built to guard against encroaching British troop along the pass below. Overlooking the Harlem Meer, the Battery offers Park visitors a restful space with an excellent view of the landscape below. 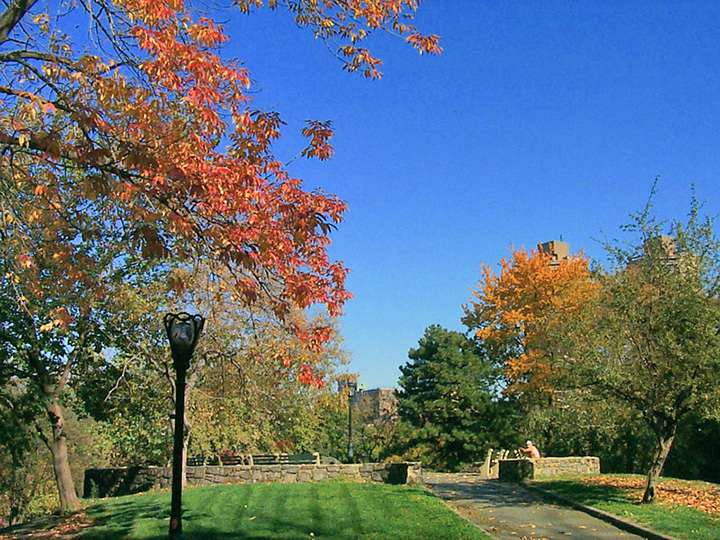 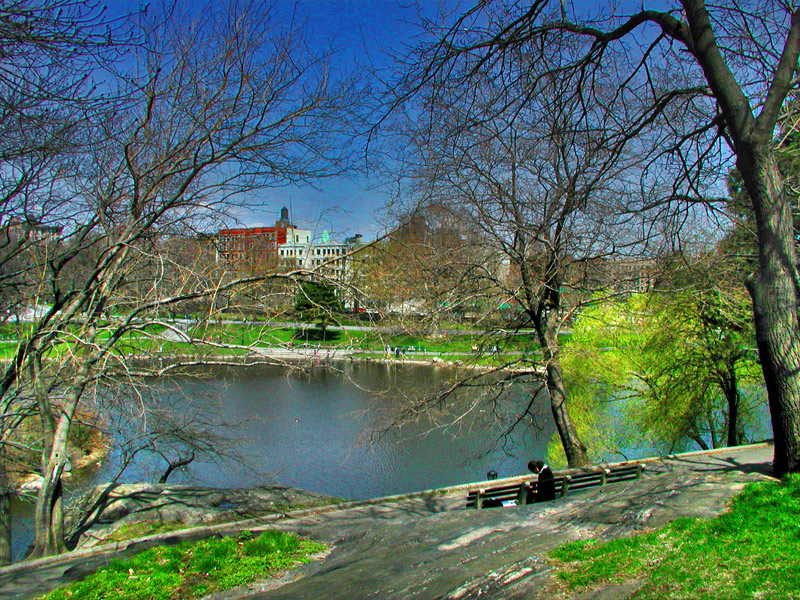