The Osborn Gates were created by renowned sculptor Paul Manship, who is most famous for the Prometheus at the Rockefeller Center Skating Rink.
Dedicated in 1953, the gates originally stood at what was then the Osborn Memorial Playground, named in honor of William Church Osborn, former president of the Metropolitan Museum of Art. They remained there until the playground closed in the early 1970s to make way for the museum's expansion of the Egyptian wing's Temple of Dendur. With their fanciful sculptured depictions and quotes from Aesop's Fables, the Osborn Gates later found a fitting new home at the entrance of Ancient Playground in 2009. Set in place as the gateway of the newly restored playground, the gates, having remained in storage for nearly 30 years, are now a prominent attraction for their spectacular artistry and restoration. 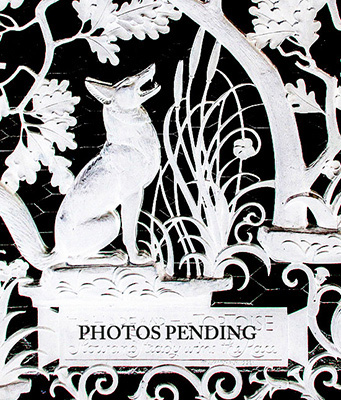