Born to wealth Frederick Law Olmsted led the life of a dilettante until 1857 when as a result of long cultivated social connections won an appointment as the Superintendent of the development of New York City's new 843 acre park. Working as an apprentice architect in London in 1850 Vaux met Andrew Jackson Downing, the prominent American landscape designer who hired him as an associate for a firm he was starting in Newburgh, New York. In turn he moved to New York settled into domestic life and by 1856 became a citizen of the United States. Two men from truly disparate backgrounds were set on a life's path that would eventually affect the destiny of the world's fastest evolving city. In 1858, the City of New York had already initiated plans for a new park at the center of Manhattan and elicited designs through an open contest. Calvert Vaux (1824-1895) b. London, England • d. Brooklyn, NY Calvert Vaux, who had been working on a design for the park made the right political move and approached Olmsted with the idea of forming a working collaboration. Called the Greensward Plan the effort of that union was submitted to the park competition. The strategy proved to be fateful when the examining committee chose theirs as the winning design. Serving as the chief architect from 1858-1861 Olmsted was a presence at the construction site to make sure the collaborative vision was fulfilled. Theirs would be a park conforming to the real contours of nature with rich woodlands, winding paths and hills and valleys. Theirs would be a park replete with Vaux’s architectural vision, which united design and nature with the human spirit. Olmsted was fastidious in his attention to detail and both fought the ugly demon of political infighting to make sure events conformed to their original plan. They succeeded heroically against a succession of negativity until 1877 when the team was dismissed from the project. Olmsted and Vaux devoted twenty years of their lives to the hoped for realization of a dream only to fall victims to the city bureaucracy and petty political infighting. There is no single tribute or monument in the Park to their collaborative effort. Their memory for most is simply a footnote in history and a graphic tribute at the Dairy below.. 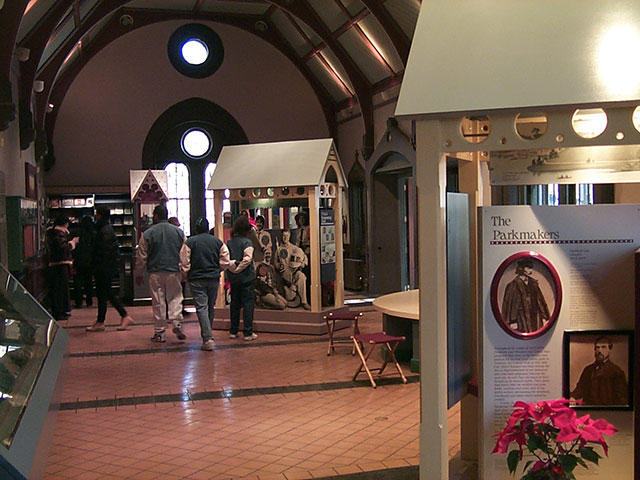