Directly opposite the Plaza Hotel, located within the southern half of Grand Army Plaza is the Pulitzer Fountain sculpted by Karl Bitter, the eminent sculptor of the late 19th century.
This elegant fountain, modeled after the Place de la Concorde in Paris consists of six shallow granite basins that decrease in size as they rise upward toward its center sculpture.
A graceful bronze figure of Pomona, goddess of fruits and fertility, soars high above the water that flows beneath her. The fountain is named in memory of Joseph Pulitzer, newspaperman and journalist who left $50,000 for a fountain in the Plaza. The day Bitter finished the clay model for the sculpture; he was run over and killed by a car in New York, giving his assistant the task of completing the fountain. 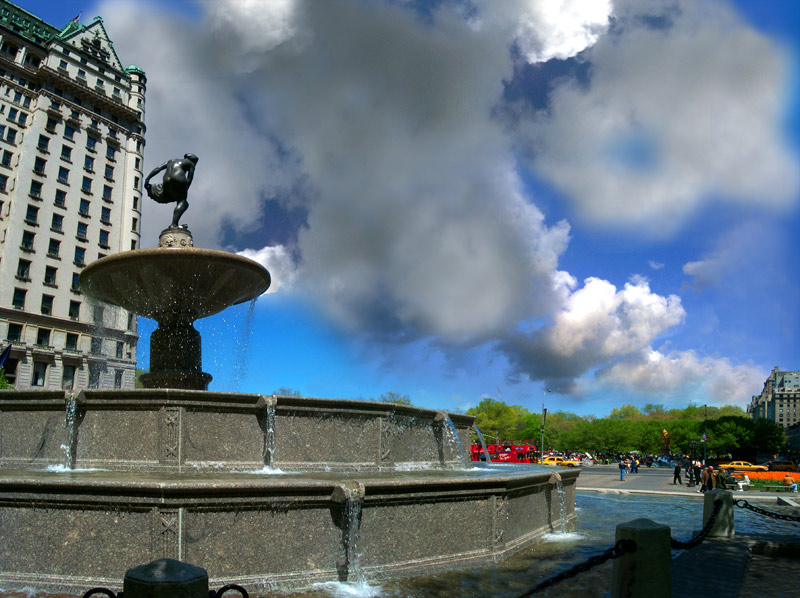 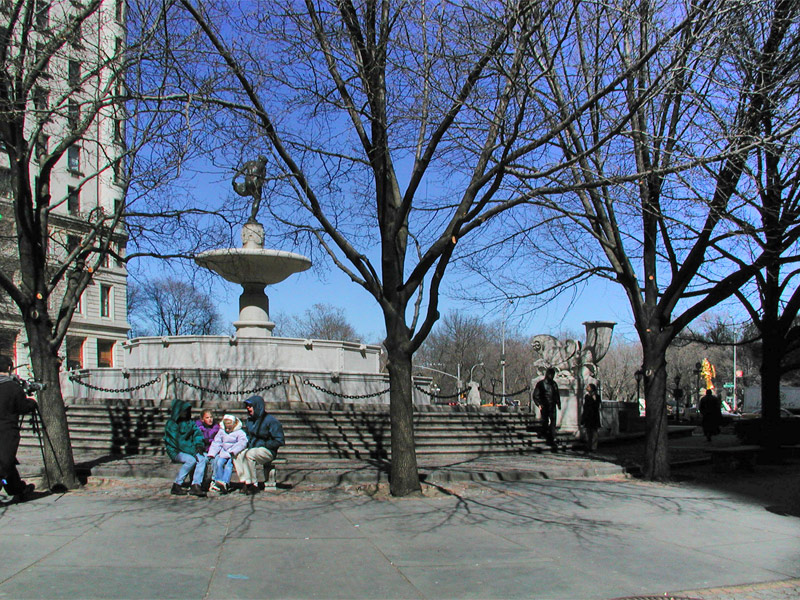