This bronze bust of German dramatist, poet, historian and philosopher Johann C. F. von Schiller stoically gazes toward the Mall and Bandshell.
Originally placed within the Ramble in 1859 it was relocated to the Mall alongside another German icon, Beethoven in 1951.
His achievements have ranked him as one of the founders of modern German literature, giving him notable stature as the greatest dramatist in the history of the German theater and one of the greatest in European literature.
German New Yorkers presented this bust of Schiller to the City, which was dedicated during a three-day Schiller festival in 1859, the centennial of the poet's birth. 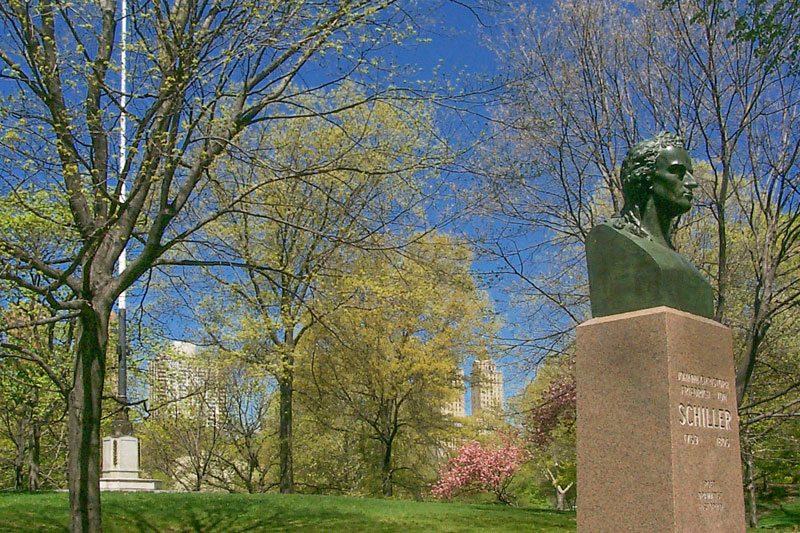 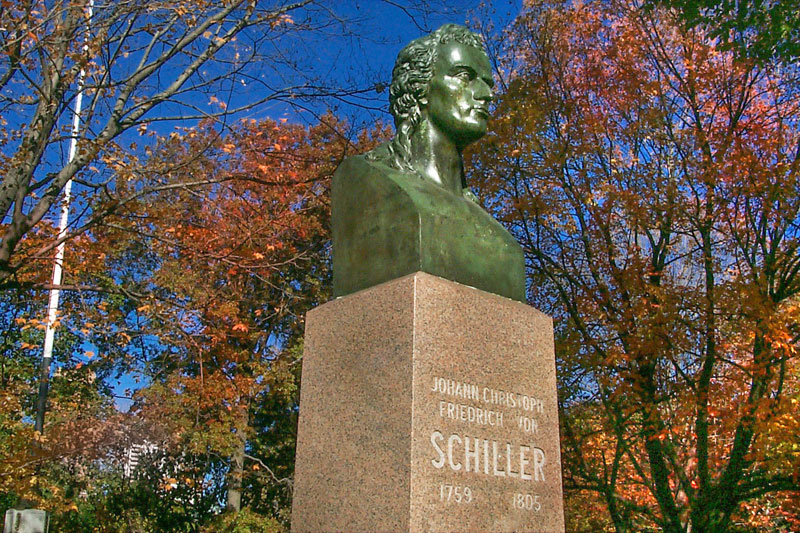