[Unveiled 1872] 1564-1616
b. Stratford-upon-Avon, Warwickshire, England
d. Stratford-upon-Avon, England
Sculpted: 1870
Sculptor: John Quincy Adams Ward 1830-1910 USA
Gift from New York citizens led by The Shakespeare Tricentennial Committee
Located in the heart of Central Park's Literary Walk, right next to the Olmsted Flower Bed stands the bronze statue of William Shakespeare, the renowned English playwright and poet. The statue was place in the Park in 1872 to honor the 300th anniversary Shakespeare's birth in 1564. Portrayed with one hand on his hip and the other holding a small book, he appears confident in his role as the greatest dramatist of all time. His timeless plays which were written in the late 6th and early 17th centuries for a small repertory theater, which he ran, are still performed and read in ever increasing frequency. Shakespeare in the Park is a program of the poet's plays that are performed under the auspices of the Public Theater every summer at the Delacorte Theater in Central Park. 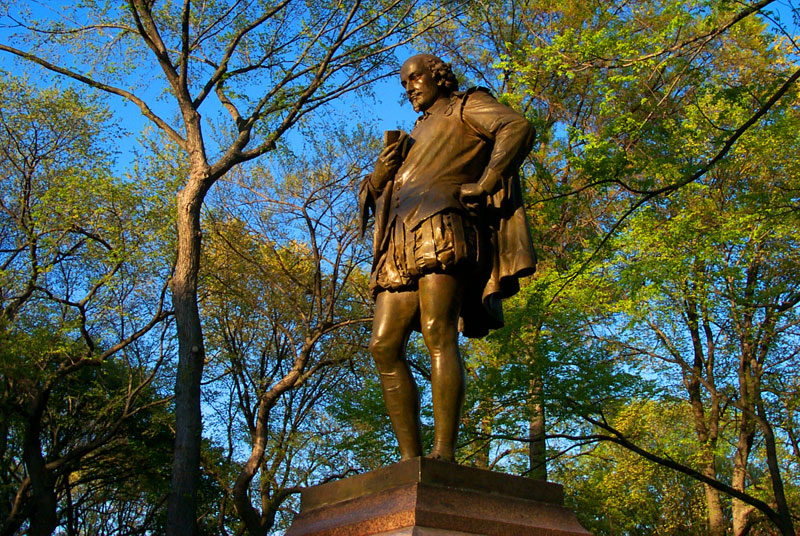 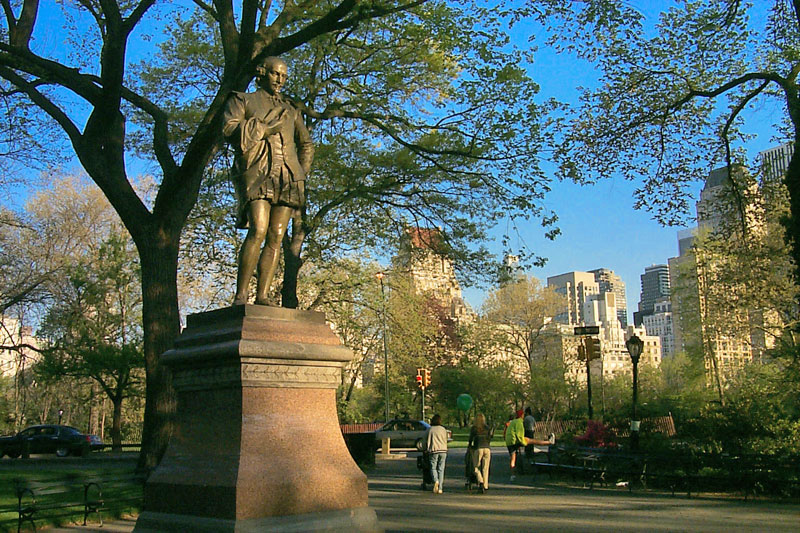 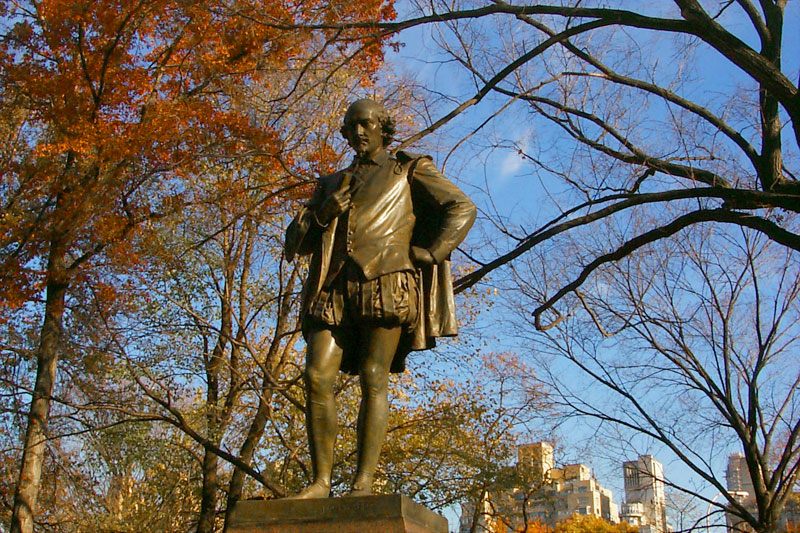 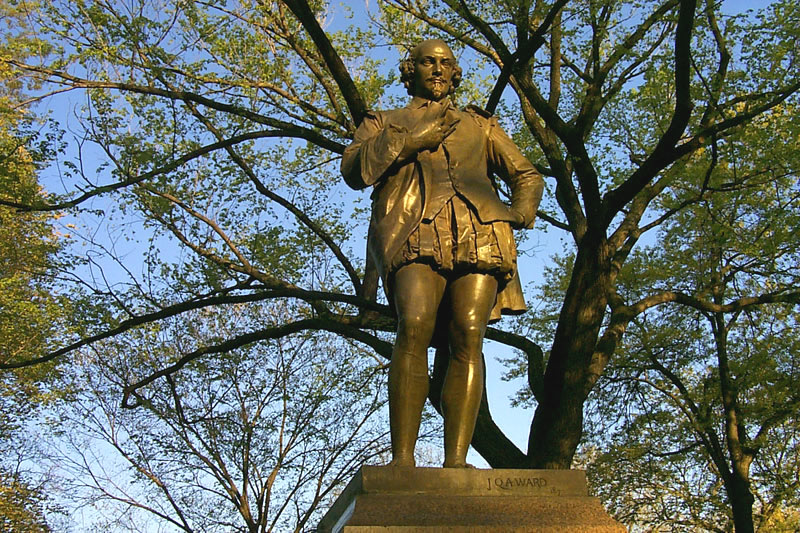 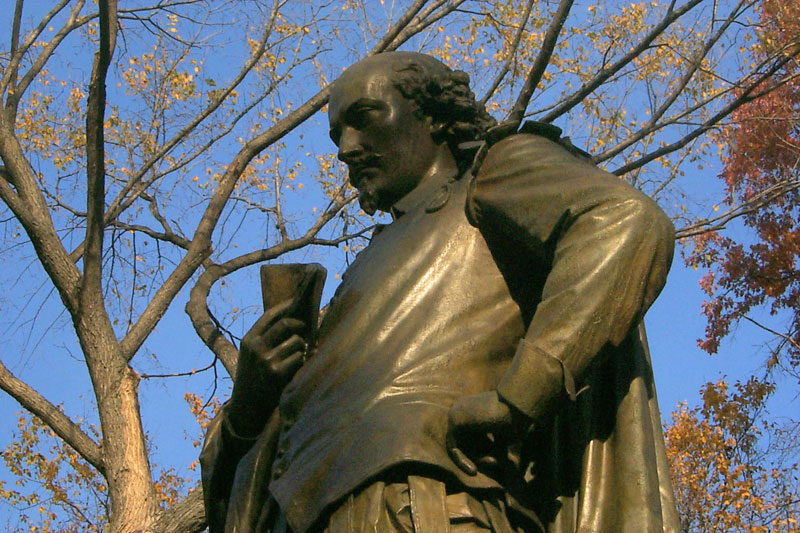 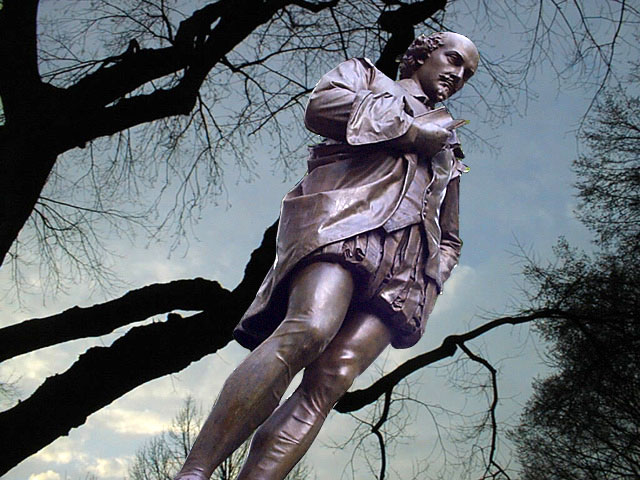