Tavern on the Green: W67


Grandiose in everyway, Tavern on the Green is Central Park’s largest and most flamboyant fine dining restaurant. Located to the west of the Sheep Meadow on 67th Street, it is difficult to imagine that this Victorian Gothic red brick and stone structure originally housed a shepherd and his flock of 200 sheep that used to graze upon the adjacent
Sheep Meadow. In 1934, this former Sheepfold was converted into a restaurant, which became a fashionable institution for New Yorkers during the many decades to follow. By the early ‘70s, Tavern on the Green had fallen out of favor as well as out of sync with the times, forcing it to close its doors in 1974. Thankfully, in 1976 the doors reopened, when the late Warner LeRoy became the proprietor, giving it a newfound popularity.
Known for its festive atmosphere it serves more than half a million patrons a year. Its location, size and setting have attracted many of New York’s prestigious events such as, Broadway show openings and film premieres.
There are now six elaborately decorated dining rooms: The Crystal Room, The Chestnut Room, The Park Room, The Rafters Room, The Terrace Room and a Crystal Gazebo each offering a unique dining experience.
The embellishments feature antique prints, etched mirrors, Tiffany glass and crystal chandeliers. Waiting at the red canopied entrance of the restaurant are horse drawn carriages waiting for passengers. Standing tall in the garden outside the glass enclosure of the Crystal Room are large theatrical topiary animals, including a reindeer, an
elephant and a gorilla. 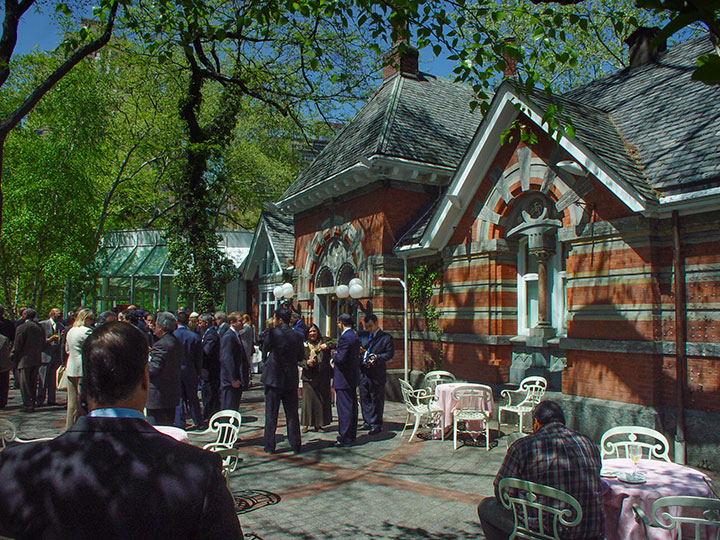 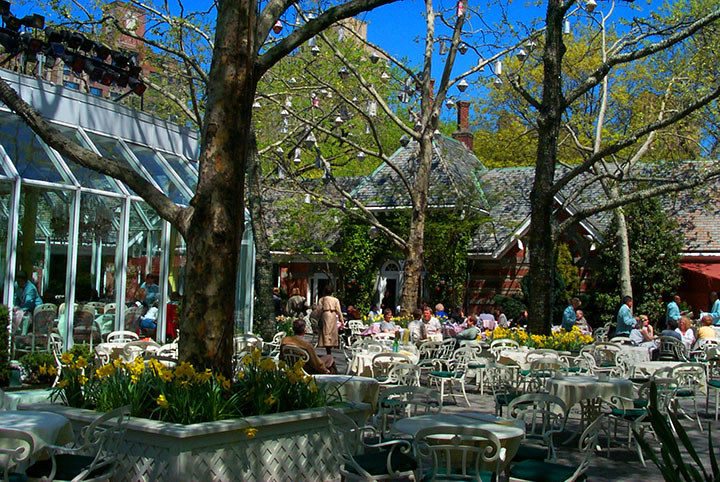