Shakespeare's shipwrecked literary characters Prospero and his daughter Miranda comes to life in this signature bronze statue of the Tempest situated on the lawn of the Delacorte Theater to the left of the ticket booth in Central Park.
As the strong storm winds swirl their garments and Miranda's hair blows forward, Prospero prepares a magic spell with his outstretched arm. 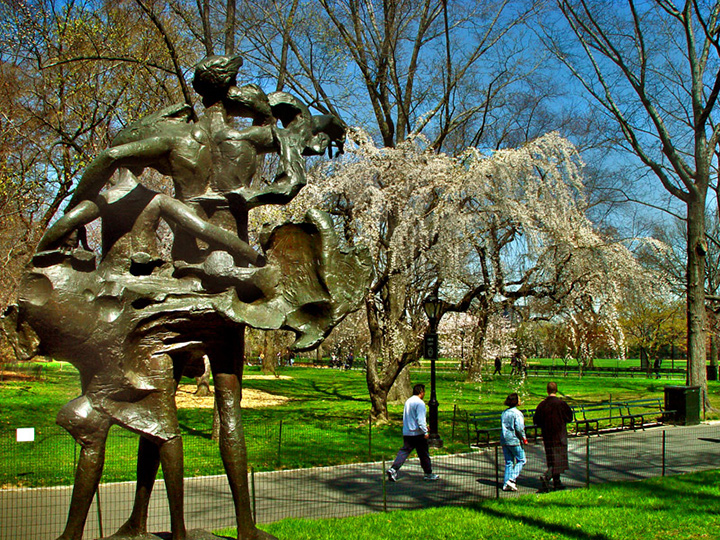 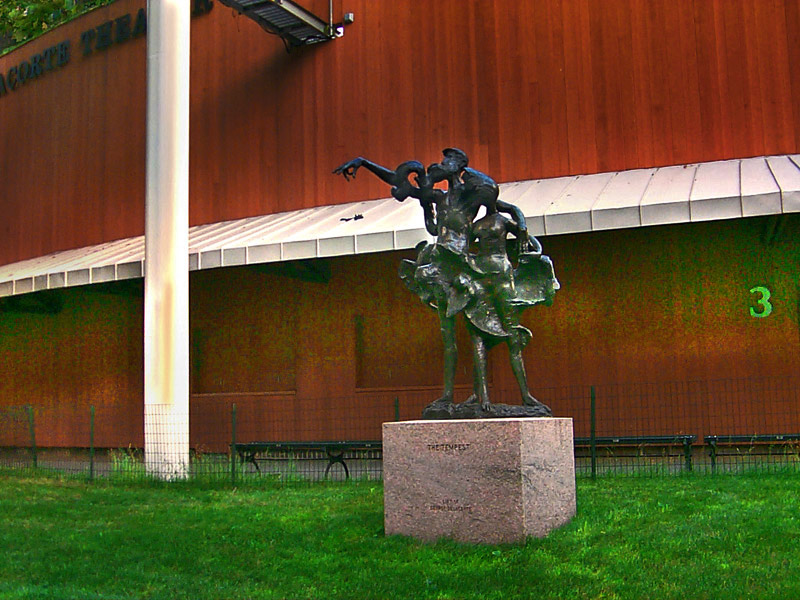 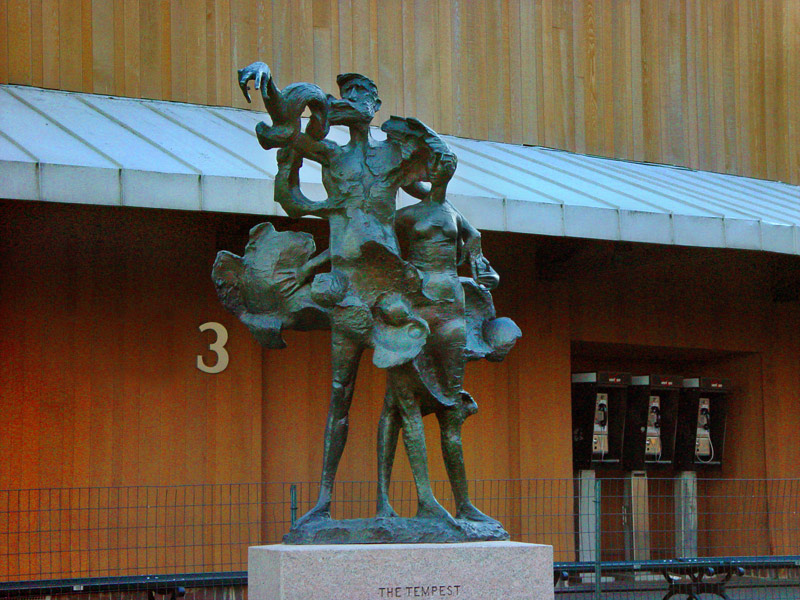