Outstanding in every way, Bethesda Terrace is the artistic culmination of the 1858“Greensward Plan,” that Olmsted and Vaux conceived of for Central Park.
This architectural achievement defines the heart of the Park as it seamlessly joins the Mall with a Terrace overlooking the Lake and the wooded Ramble beyond. It is built of New Brunswick sandstone in a mixture of styles, Romanesque, Gothic and Classical with decorative elements designed by Mould.
His amazingly intricate carvings reflect upon nature’s significance, as it features birds and seasonal plants that appear along the stairways and also on the Terrace’s main posts. On the upper Terrace facing the Mall, he represented symbolic carvings of daytime and nightfall include, a crowing cock for day and a witch on broom for night. This magnificent split-level Terrace creates a heavenly atmosphere with its upper terrace and grand stairways on either side topped with flower filled stone vases that descend to the grand walkway below. The floor consists of red tile panels bordered with strips of bluish granite, completely installed in 1910.
Many visitors stand on the Upper Terrace and gaze out toward the famous Bethesda Fountain at its center while the Lake and the shoreline of the Ramble are in clear view.
As you descend the stairways, you can sit on stone benches built into the lawn’s Terrace walls and watch the tranquil drama of people rowing, a wedding unfold or visitors taking photos from every conceivable location. One can access the lower level by the stairways, or use one of the four paths that symmetrically surround the area, yet the most traveled walkway is from the Mall. At this point you will come upon a wide flight of steps surrounded by two elaborately carved sandstone posts. As you descend beneath the Terrace Bridge and the 72nd St. Drive you will arrive at the seven arches of the Arcade, a columned passageway with walls on either side in blind arcades adorned with trompe l’oeil paintings. The large ceiling, which is part of the original design of Central Park, was first installed in 1867. Designed by Vaux and Mould, it was initially covered with nearly 16,000 brilliant encaustic tiles, weighing about 50 tons and handcrafted in Stoke-on-Trent, England made by the Minton Company. In 1983, however, the city repaved the road above the Terrace, and water began leaking through the Arcade. The structure holding the panels rusted, and so to prevent the tiles from falling on omeone’s head they have since been removed. To date, a sign still states that the ceiling of Minton tiles is currently undergoing restoration, yet year after year it remains abandoned. 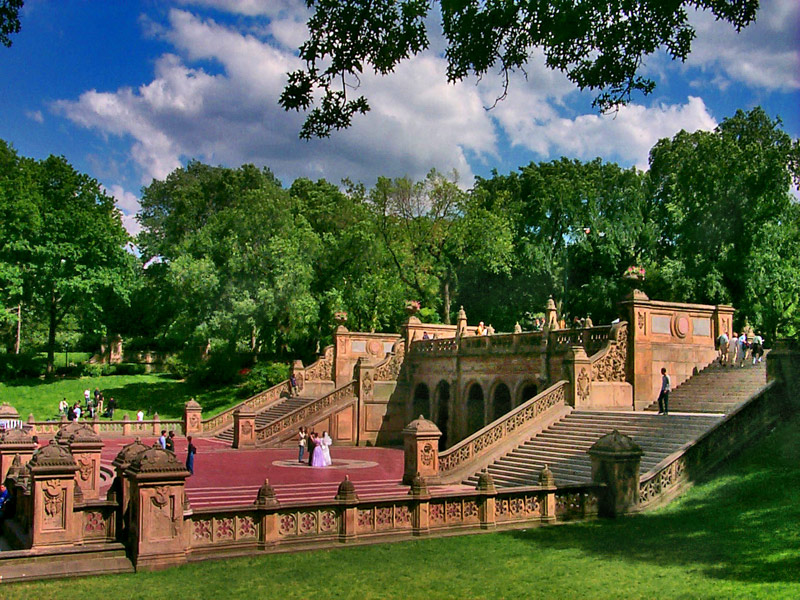 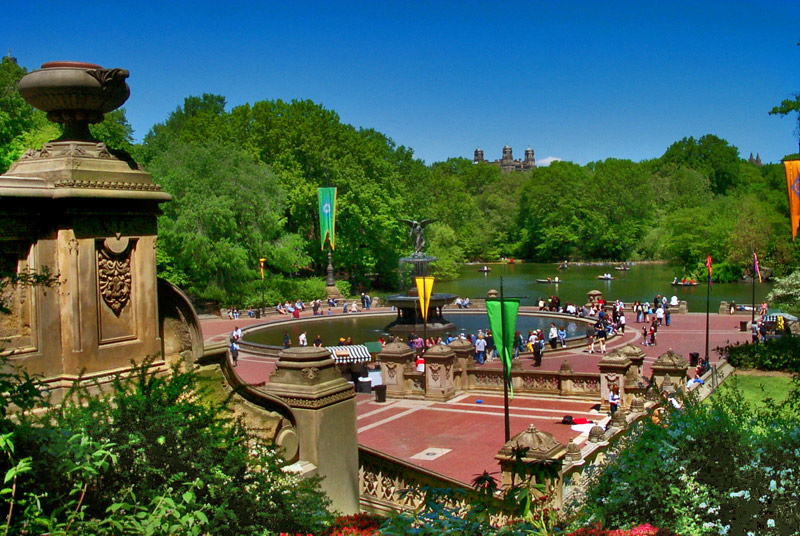 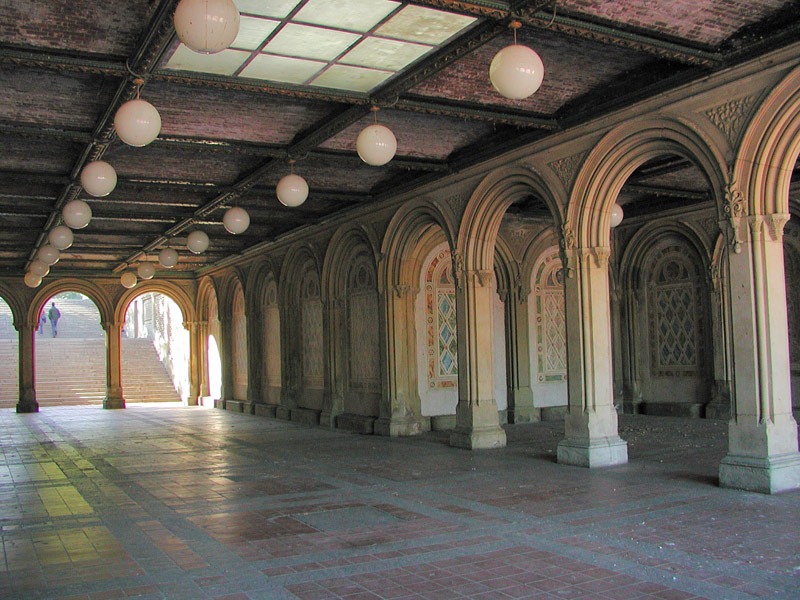 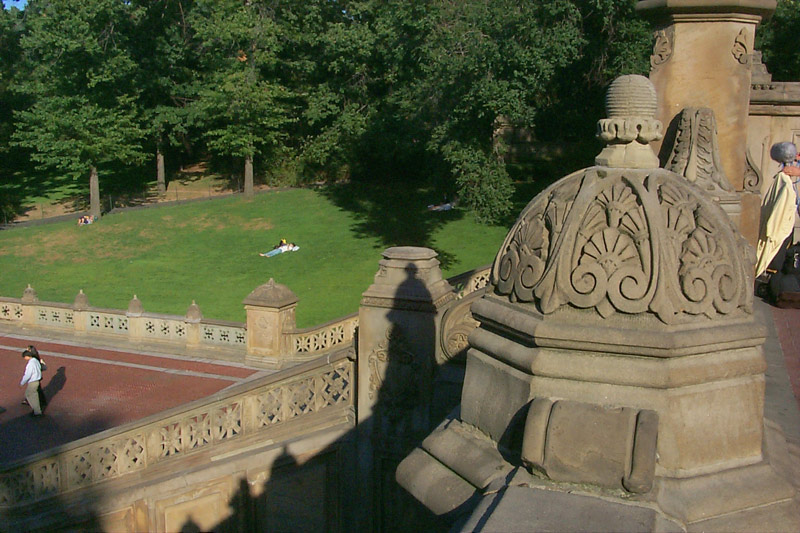 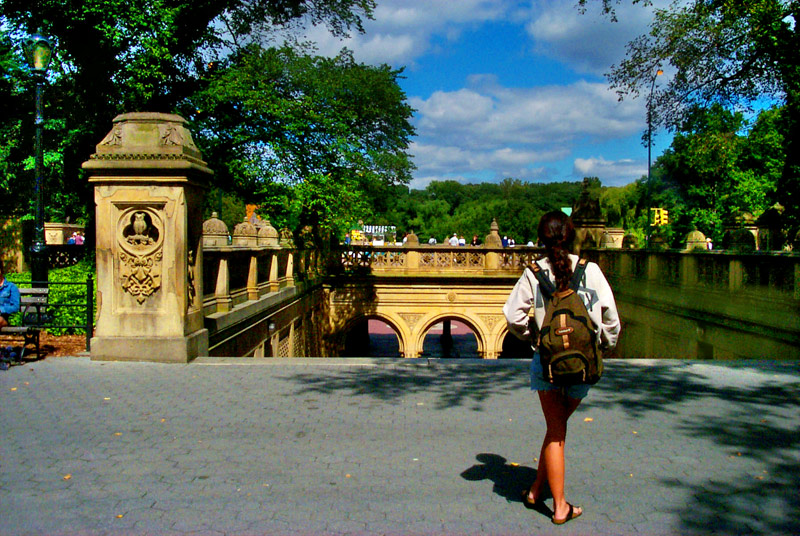 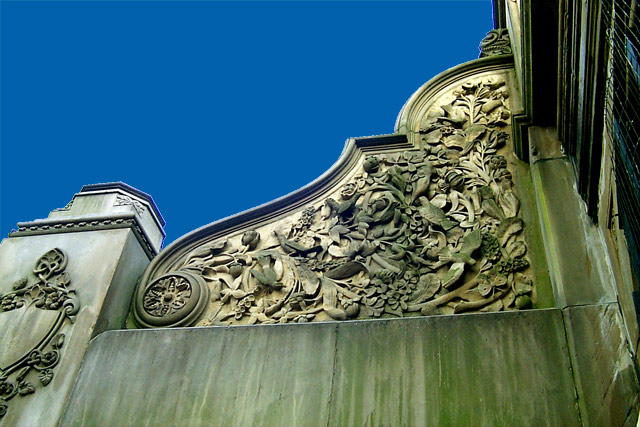 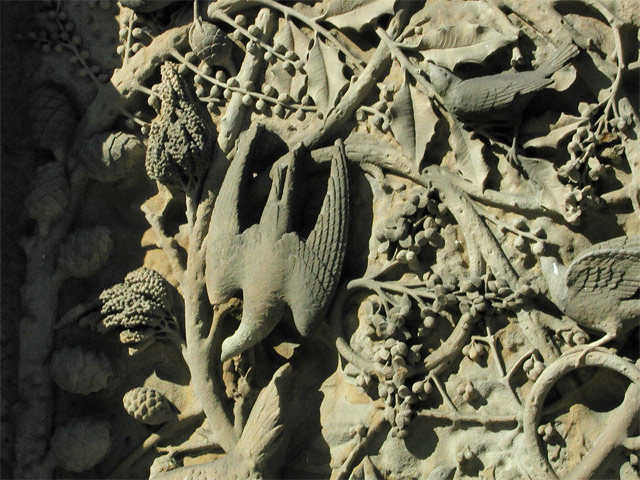 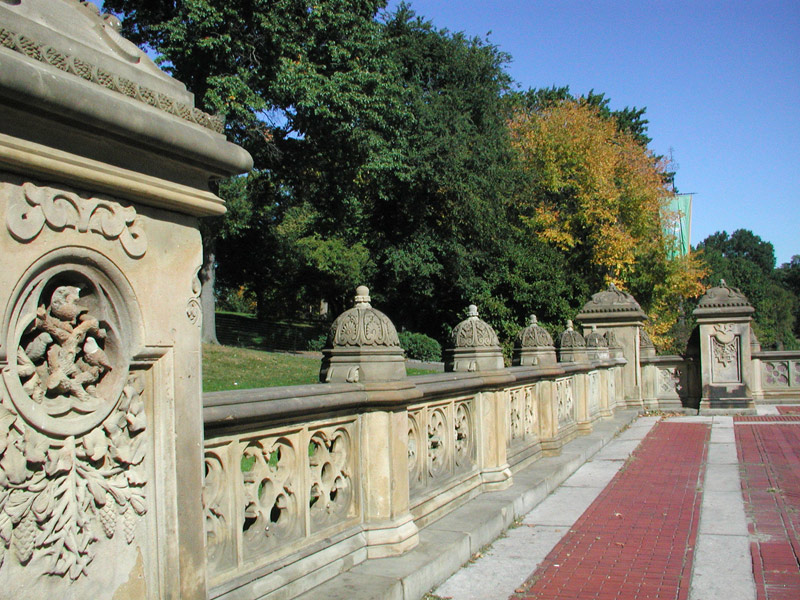 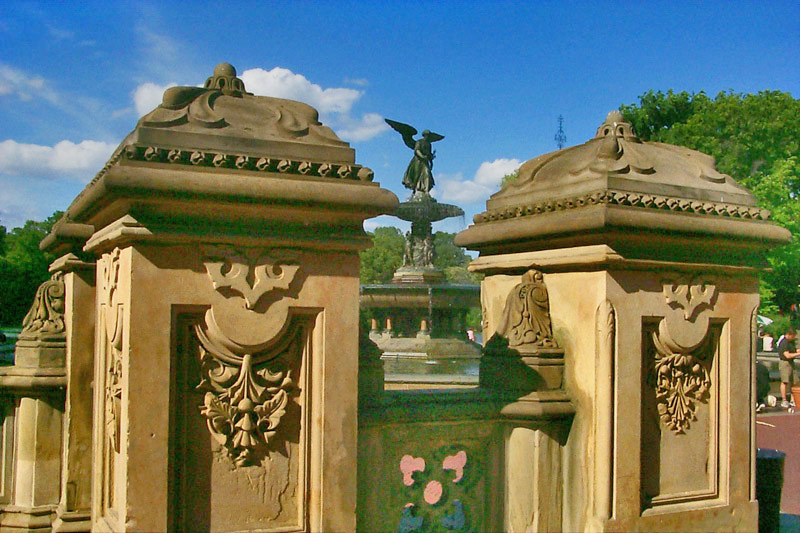 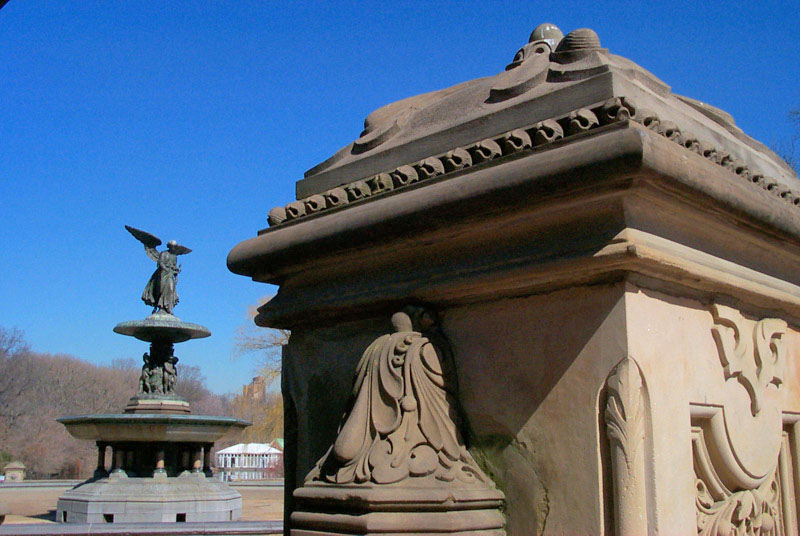