Named after the former mayor of New York from 1954 to 1965, Robert F. Wagner (1910-1991) it is reached from the western end of the roundabout of Central Park's Cherry Hill by a winding stone stairway that leads down to this secluded corner of the Lake.
The Cove itself is a favorite with rowers who like to journey there for its romantic seclusion.
On the water's edge on its east rim a visitor will find the Cherry Hill Boat Landing, one of six boat landings that doted the shoreline of the Lake at the turn of the century when passenger boats circled it
picking up and dropping off patrons at these various landings.
Many wonderful spaces in the Park are small compared with the forests of the Adirondacks, but like Wagner Cove are no less scenic with its overhanging trees and steep bedrock inclines. 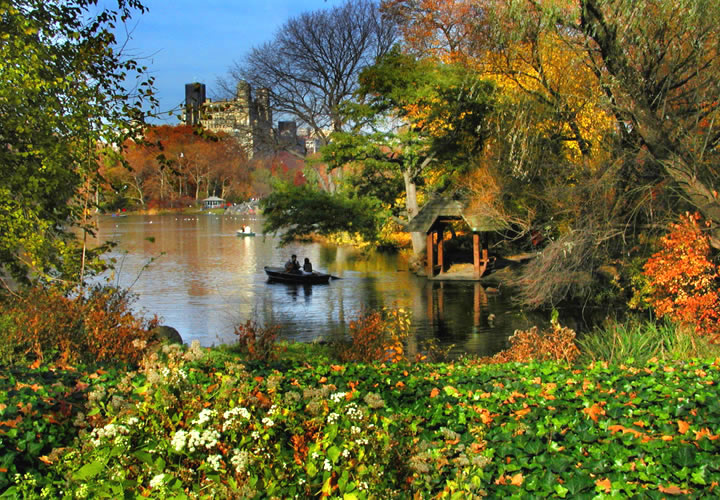 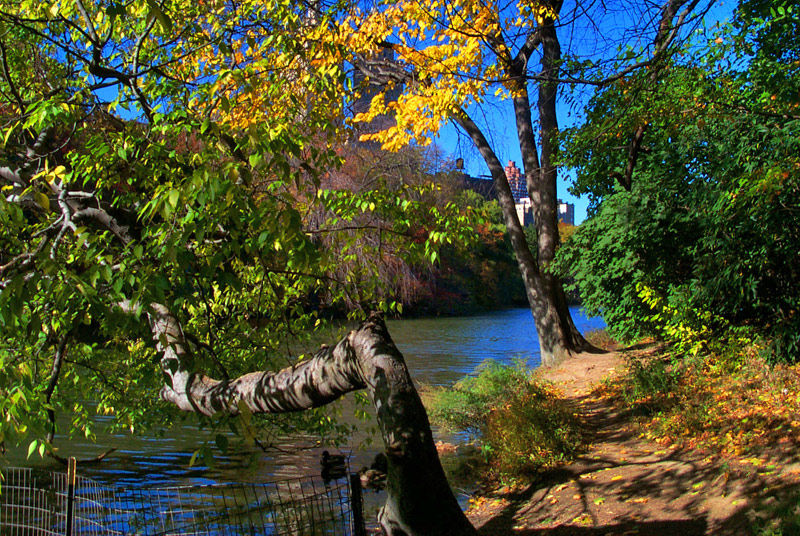 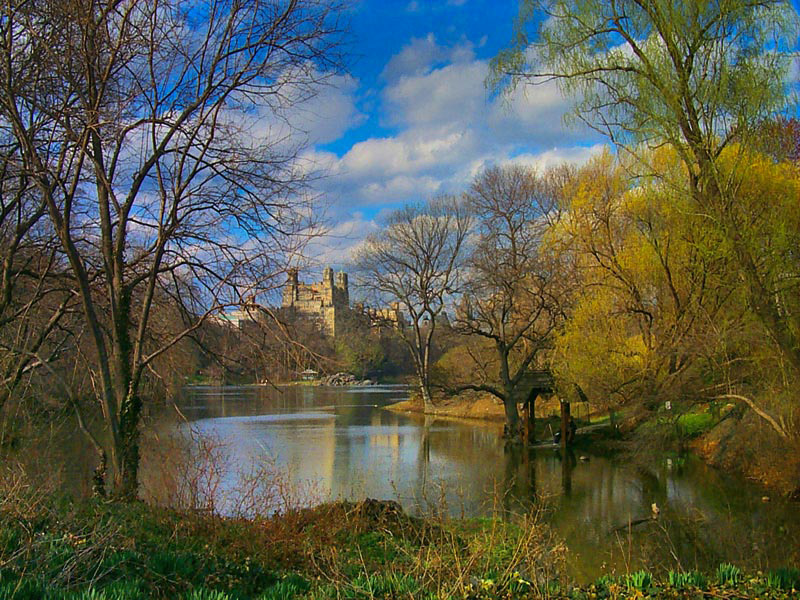