Adjacent to Center Drive in Central Park and a short distance to the east of Playmates Arch, you will find a large bedrock outcropping that rises upward which supports the Chess and Checkers House.
This octagonal red and cream-colored brick structure was built in 1952 and replaced the Park’s largest and most ornate rustic wood shelter, which was removed from the site in the late 1930s.
The bedrock that still exists was called Kinderberg or "children’s mountain" due to the former shelter perched on top, which was used as a recreation area for children.
The current Chess and Checkers House was funded with a gift from financier Bernard Baruch. Circling around the house are benches with 24 tables, which enable visitors to spend time playing chess or checkers. Players can bring their own game pieces or borrow them at the nearby Dairy with a valid photo i.d. or $20 cash deposit.
During the summer months, many players but mainly men can be found enjoying a day outdoors honing their skills.
In 1986, a pergola, with flowered Dutchman’s Pipe vines, was built to provide shade for players as they spend long hours outdoors in the hot sun. The pergola also creates a sense of added dimension to the Chess and Checkers House as it harmonizes with its surroundings. 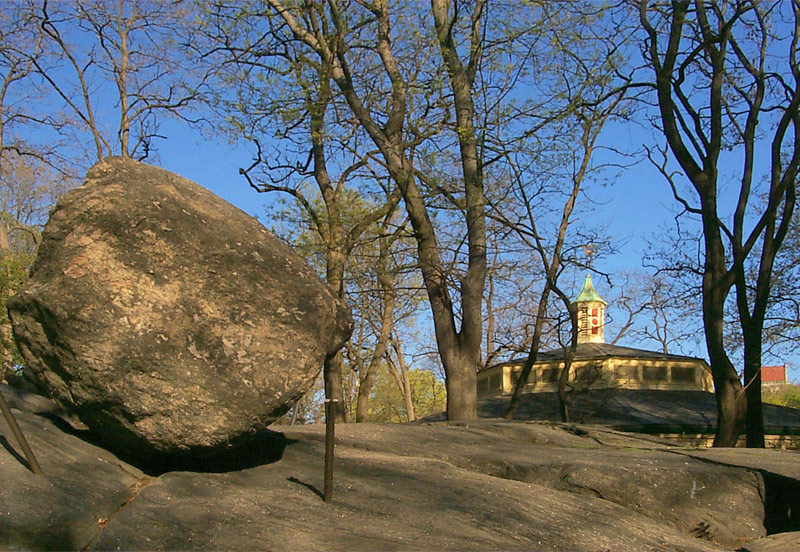 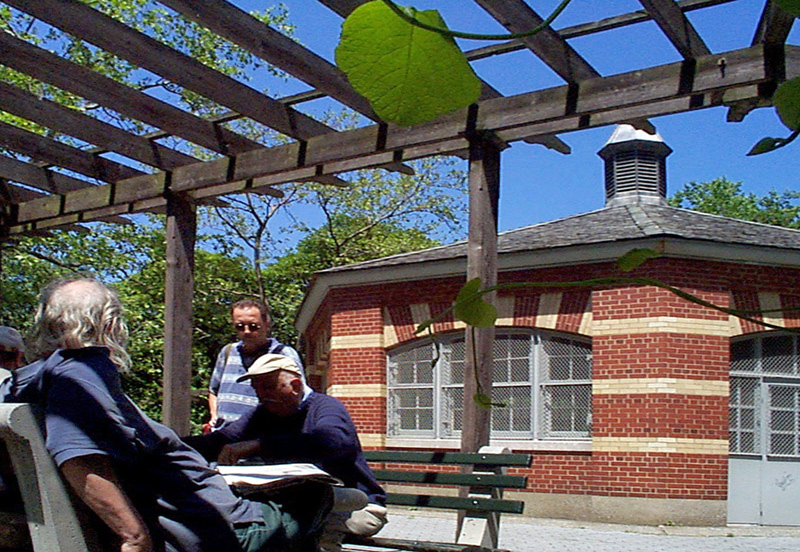 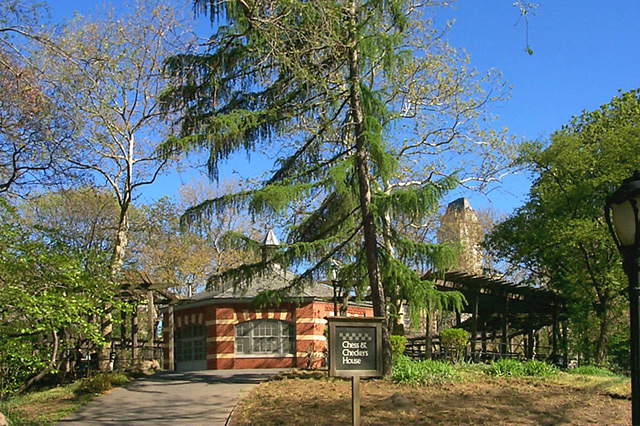