Located on the southeast corner of Central Park not more then a few yards away from the intense pace of the city is a pristine resting place for the city weary called the Pond.
Its location below street level was intended to mute the noisy restless turmoil of Fifth Avenue and Central Park South and the naturally winding paths with their gentle curves were intended to bring instant harmony to a visitor's search for the Park's potentially calming influence.
It is not unusual to see businessmen and women taking a quiet lunch break on the benches that surround the Pond as they mingle with tourists who have come there for quite a different purpose.
At the northern end of the Pond the Gapstow Bridge, completes the pastoral experience with its sloping contours, which conform so gently to its surroundings.
Mallards, geese, seagulls and numerous other species of waterfowl enjoy the serenity of the Pond and are familiar inhabitants of this natural setting.
A four acre peninsul jutting into the Pond toward the south east corner of the park called the Hallett Nature Sanctuaryand previously named the Promontory by the park designers, is one of the Park's three woodlands (along with the Ramble and North Woods).
The season's offerings of blooming crabapple trees and forsythia as well as the rare but incredible sunsets and the awesome snowfalls make the Pond an endearing icon for New Yorkers as well as visitors who can never forget the maddening frenzy of their first visit to the city which was remarkably balanced by this tranquil setting.
With its newly renovated landscape and remarkably innovative plantings the Pond has been transformed into an extraordinary garden.
Artists find the locale a desirable place to set up their easels. Here they can let the unique texture of the Pond and its natural surroundings fire their creative sensibilities. 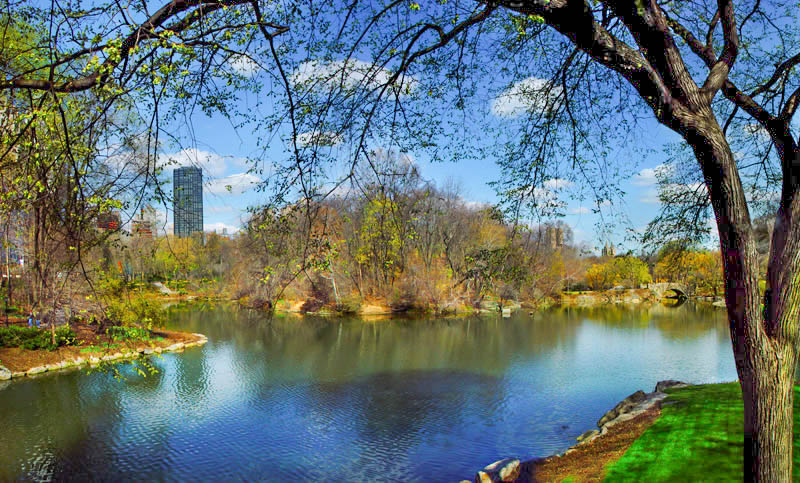 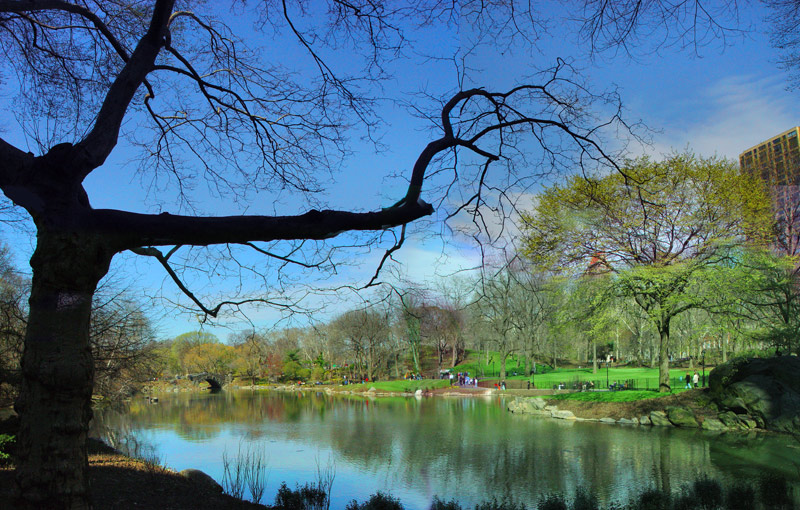 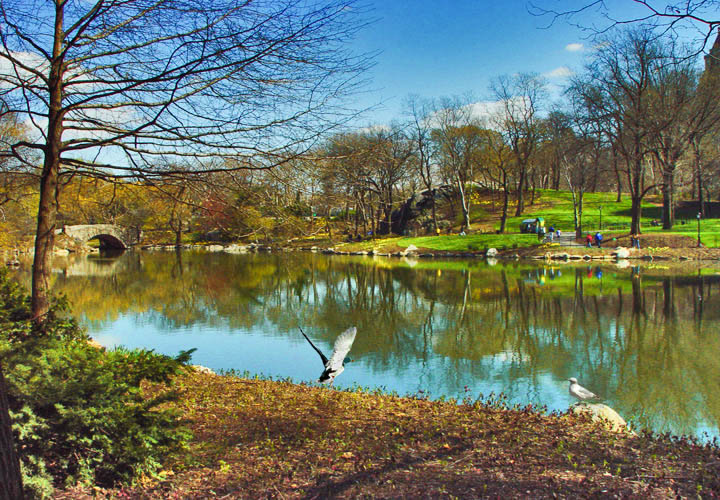 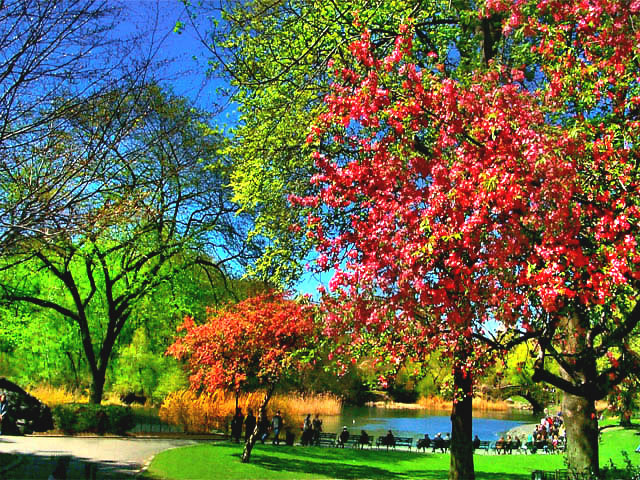 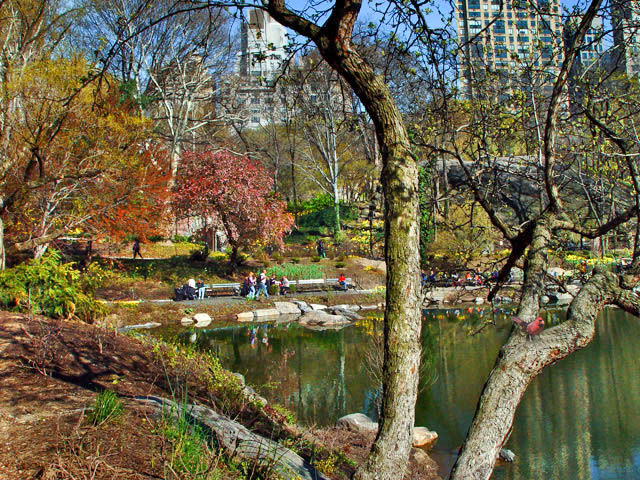