Cleanly geometric in nature the Conservatory Water offers its soothing symmetry to Park visitors who often stop along its bordering benches to enjoy the sight of the tiny model sailboats that crisscross its placid surface.
With the white and sometimes colored sails that drift lazily over the shimmering water this cherished spot in Central Park offers many rewards for both children as well as adults.
On the far northern boundary is the famous statue of Alice In Wonderland donated by George Delacorte that is more often then not festooned with small children as they climb over the characters of Lewis Carroll's famous children's story.
On the west rim the seated statue of Hans Christian Andersen sits with a book of his famous story, The Ugly Duckling, resting on his lap while a duck looks up to Andersen in anticipation of the story’s happy ending.
Originally intended to house a glassed in garden conservatory the project was dropped due to financial issues and the Conservatory Water replaced it without shedding the name.
In the spring the area to the west of the Conservatory Water, is rich with the color of white and pink blooming cherry trees. In front of the Kerbs Model Boathouse is the Kerbs Flowerbed where seasonal flower arrangements decorate the area while people enjoy the view or grab a bite at the nearby Sweet Café. 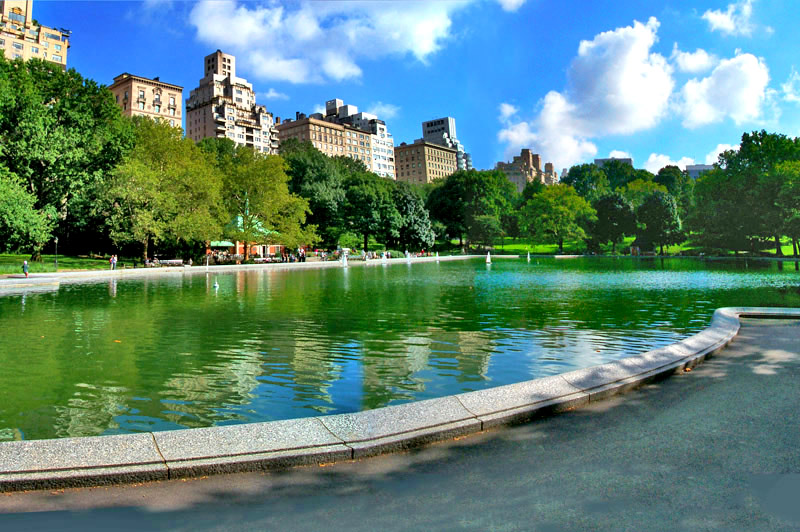 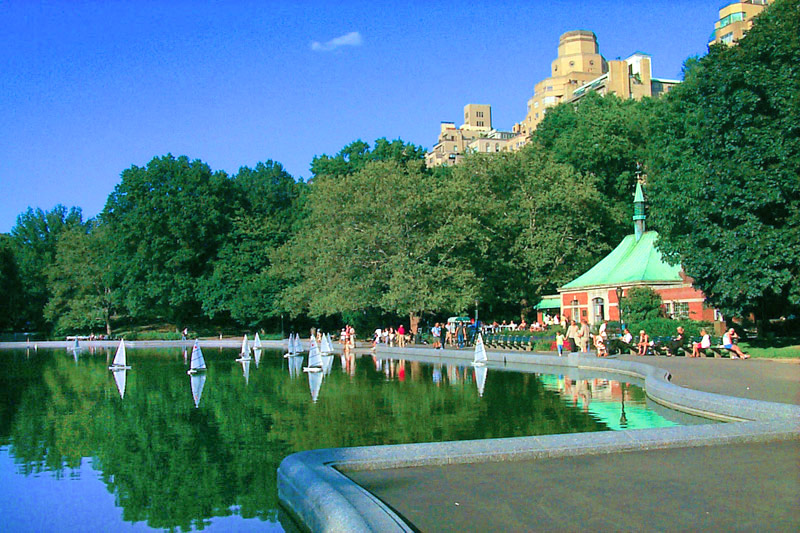