These 38-acres of wilderness called the Ramble are one of the true inspirations of Olmsted and Vaux, the creators of Central Park.
The unpredictably of the Interlaced paths and hills make each visit to this area newly rewarding and spiritually inspiring.
Olmsted called his creation a "wild garden". With its countless trees, shrubs, meadows, rocky cliffs and a winding stream it truly lives up to that distinction.
That this magical forest which seems to have taken root over eons of time was imagined first in the minds of its creators is truly remarkable and a tribute to the genius of the men who turned their dreams into a treasure for millions of visitors and residents of New York.
A running stream, The Gill, bisects the space as it winds its way down from its rocky source over cascades and under rustic bridges to its destination, the Lake below.
The Ramble is a sanctuary for as many as 250 species of birds that find it a perfect transitory stopover in their yearly migrating pattern. Twenty species of warblers alone fly in and out of the Ramble during the April and October migrations. As a consequence of this activity the Ramble has been voted one of the top 15 bird watching sites in the United States.
Raccoons can be seen scurrying in the underbrush and Red-tailed Hawks are not unfamiliar visitors to this lush terrain. Its peninsulas and steep inclines yield an unimagined hiking experience to anyone with an adventurous spirit who takes the inviting challenge of discovery offered at almost every angle of incline. The steep rocky Gorge that leads down to the Lake is a good climb and the Cave Site offers the explorer an interesting path into the Park's mysterious past when the Cave was unsealed and the land filled inlet provided rowers a direct route to it from the Lake.
In the winter as the visitor heads north along one of the last inclining paths at the perimeter of the Ramble they can catch site from some distance away of Belvedere Castle through the naked branches that in the summer completely obscure the view of this magnificent structure. 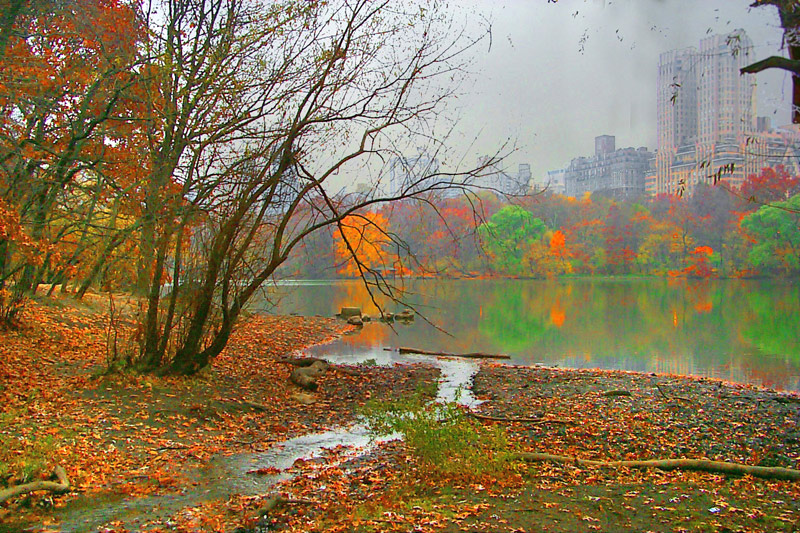 A view of the Lake from the Gill runnoff. 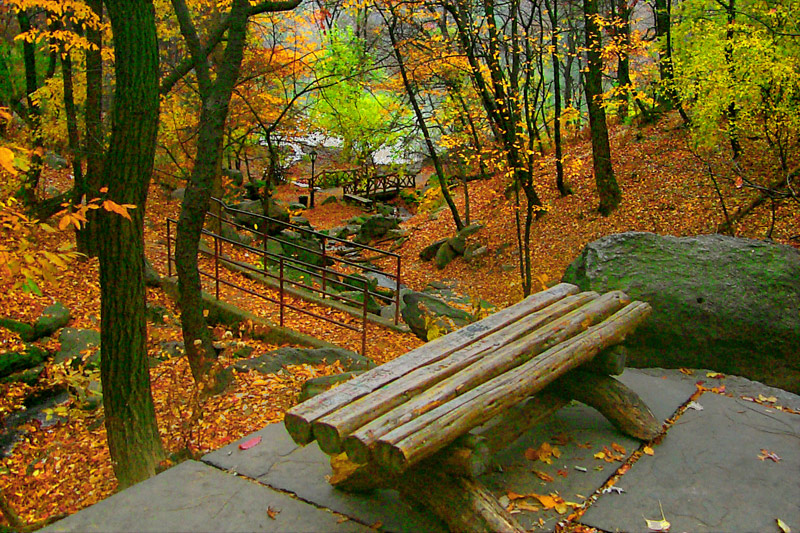 A view of the Gorge with the Rustic Bench in the foreground the Overpass and Gill Bridge 21 in the distance. 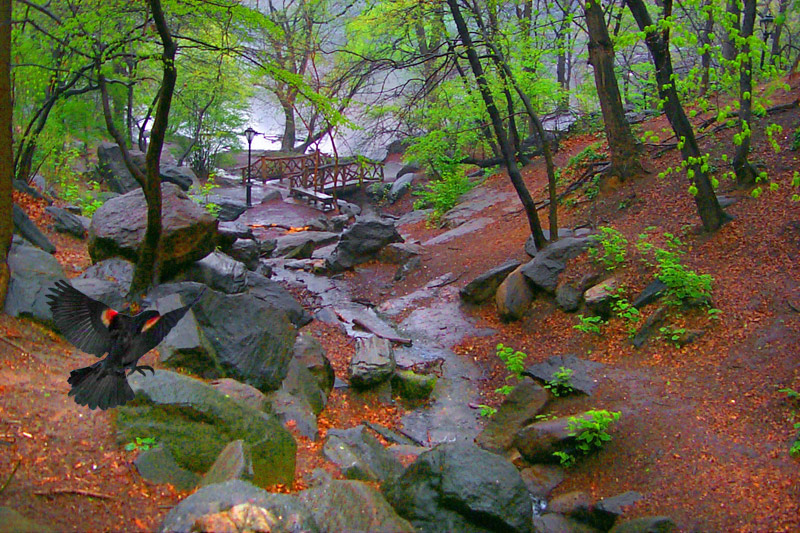 A view of the Gorge with Gill Bridge 21 in the distance. 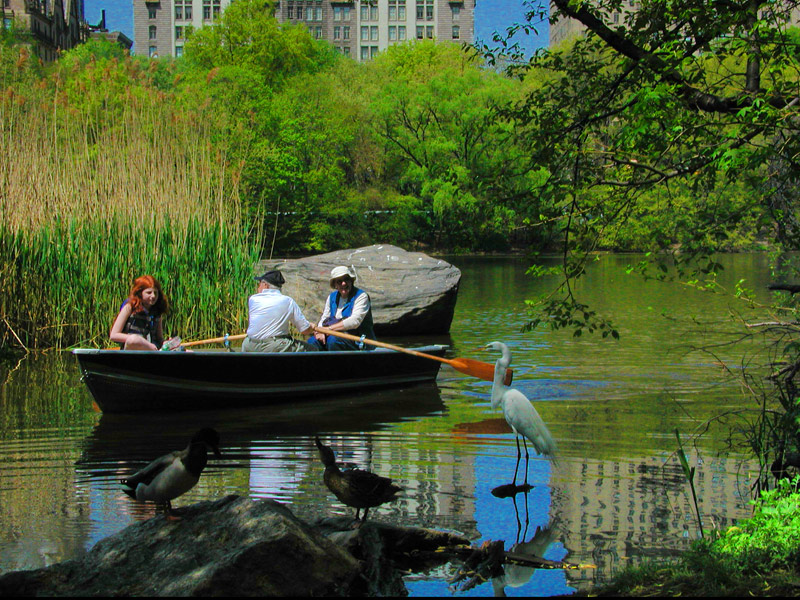 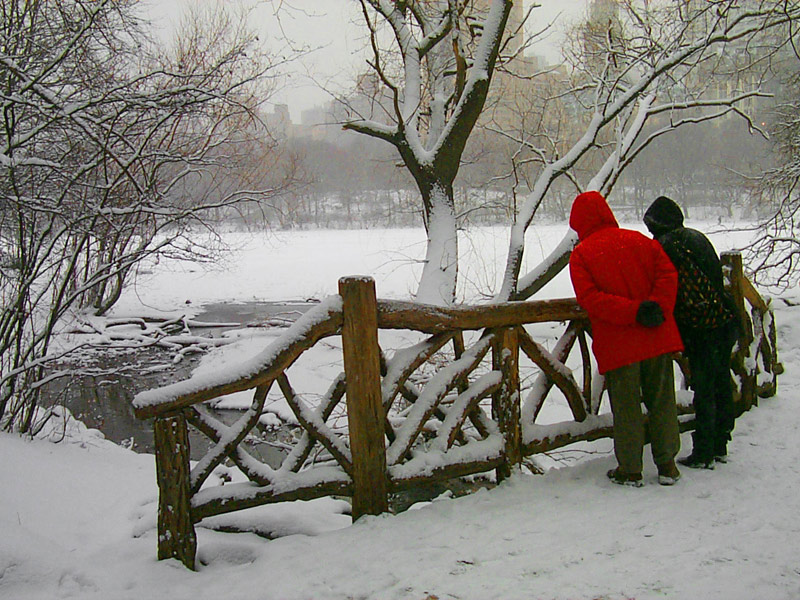 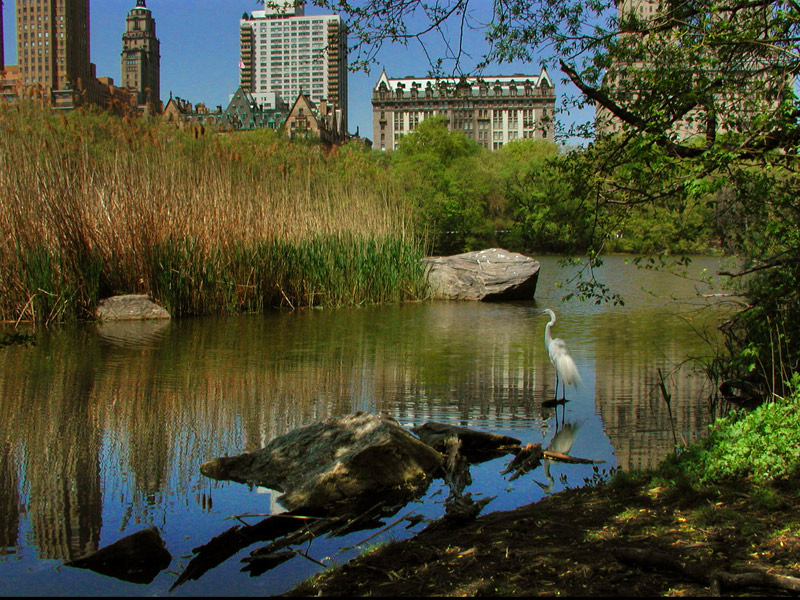 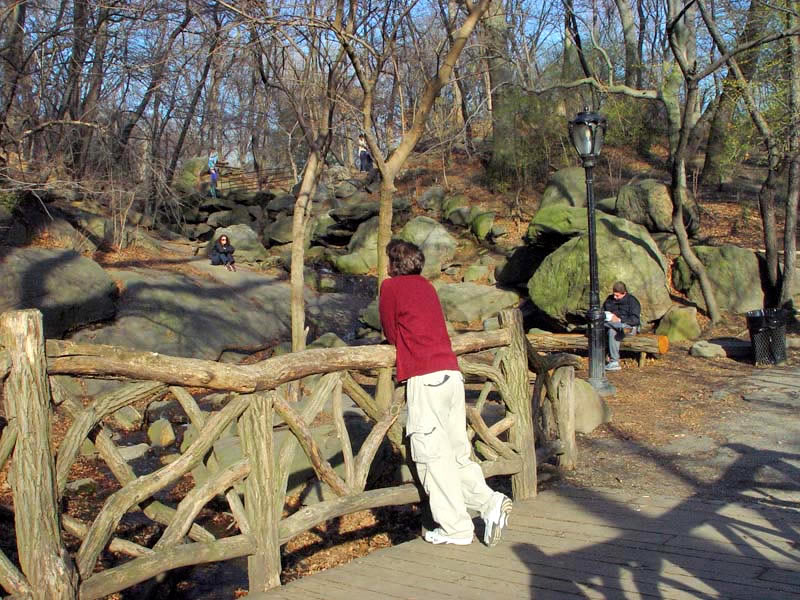 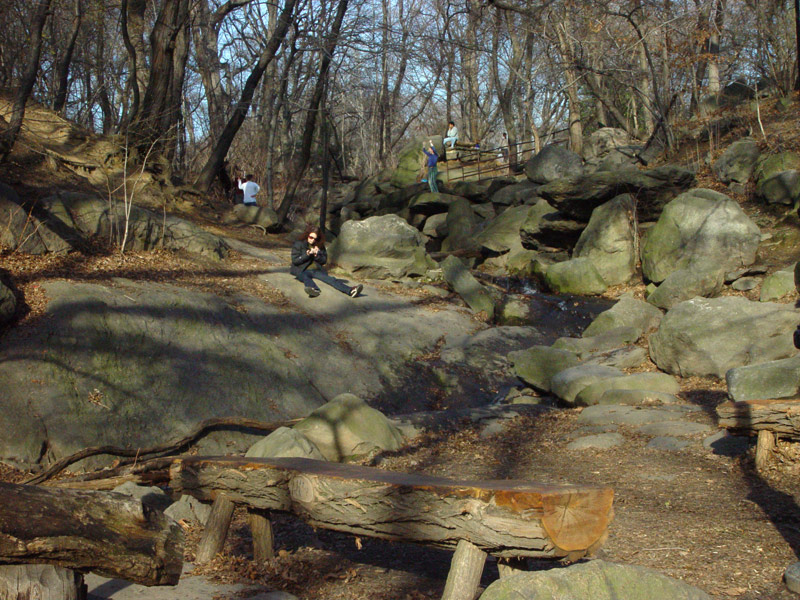 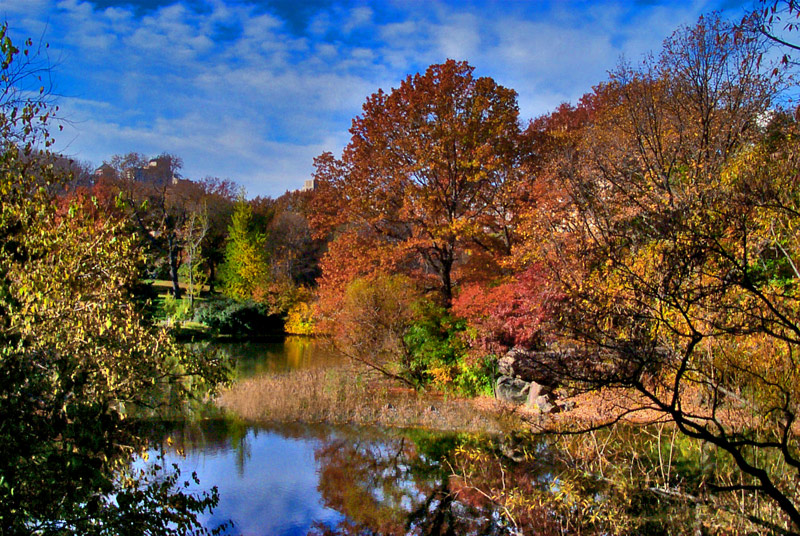