Facing the Naumburg Bandshell on the Mall in Central Park, is a bronze bust commemorating the works of Victor Herbert, an Irish-born American composer and conductor of operettas and light music. Among his most famous operettas are Babes In Toyland and The Red Mill.
It was at this very location, originally known as the Concert Ground, where he had often conducted as bandmaster. He also helped found the American Society of Composers, Authors and Publishers (ASCAP) in 1914, which protects copyrights and collects royalties on behalf of the organization's members. 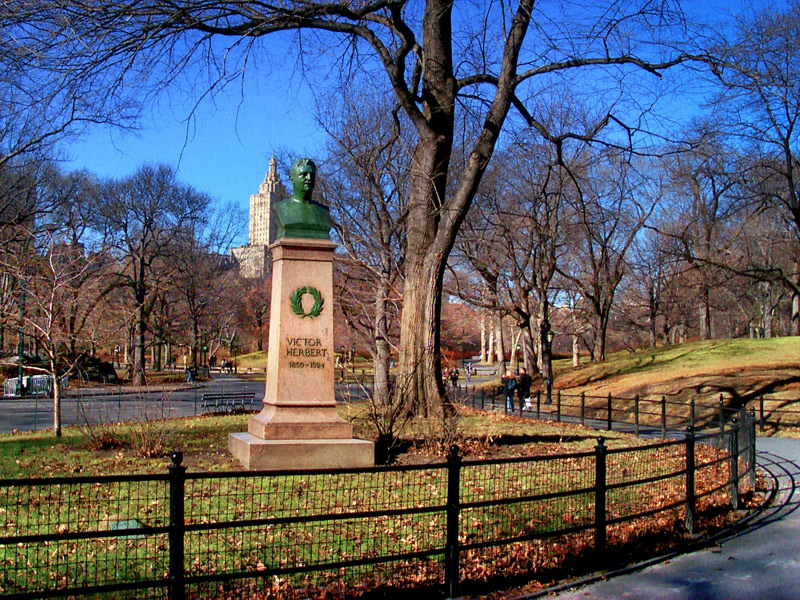 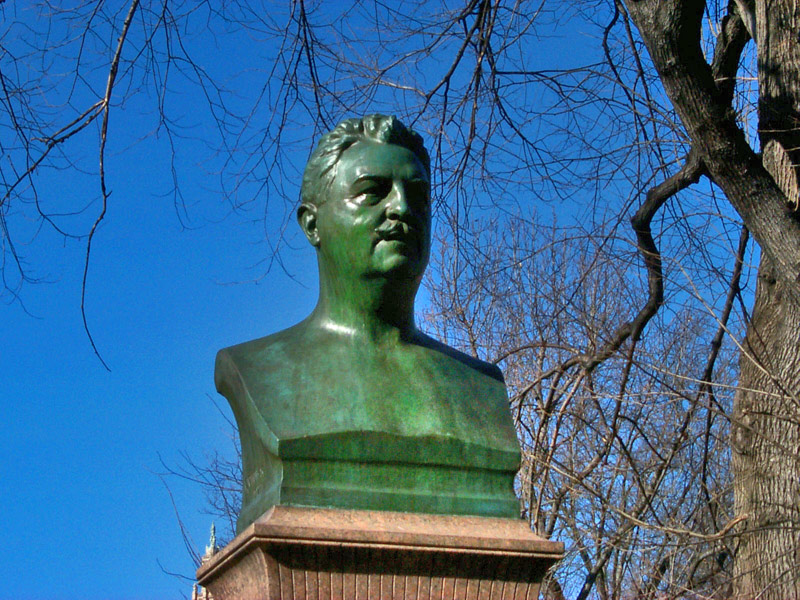