The Indian Hunter was the first of many works designated for placement in Central Park and is one of four statues created by American sculptor John Q. A. Ward. It is located outside of the Sheep Meadow near the Mall.
It features a young man in a loincloth clutching a bow and arrow in one hand as he firmly holds his wild dog by the neck. Ready for action, the hunter is seen leaning forward with determination as his dog fiercely growls.
It is a very compelling and chilling depiction of a past reality that has elicited a fair amount of controversy surrounding the ultimate treatment of native Americans. Still the threat of murderous tribes, whose raison d'être at the time represented was war and the conquoring of perceived enemies. The American pioneer was a perceived enemny even though there was no warlike intent by the peaceful settlers passing through their land.
The resulting bloodletting sparked even more bloodshed and a war on various American indian tribes that led to specific treaties assigning them their own land or reservations and in turn a permanent separation of their culture from the mainstream of American society. 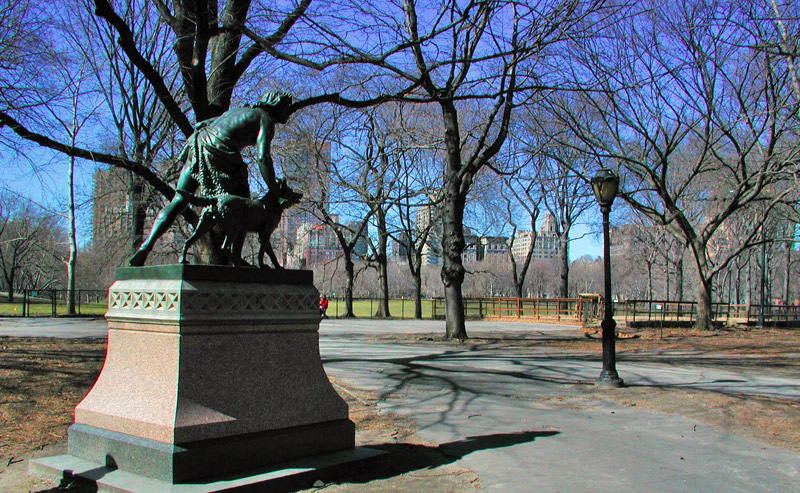 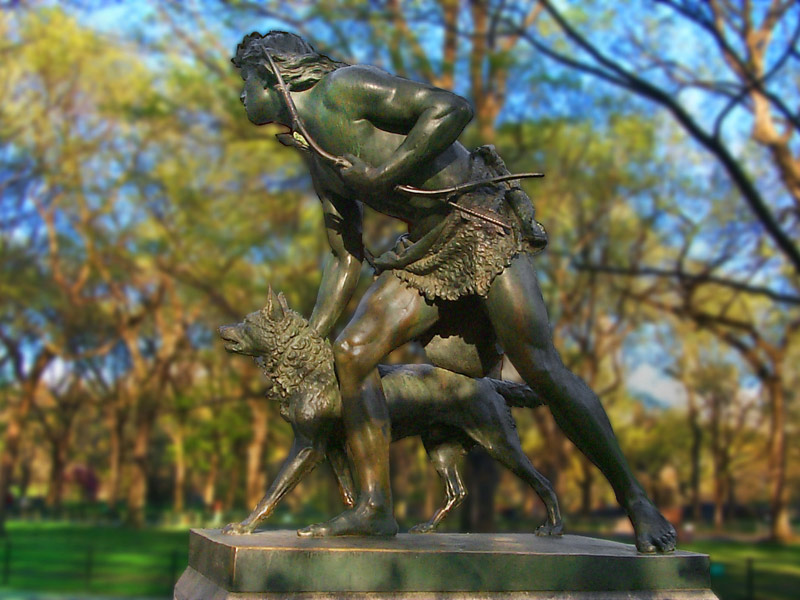 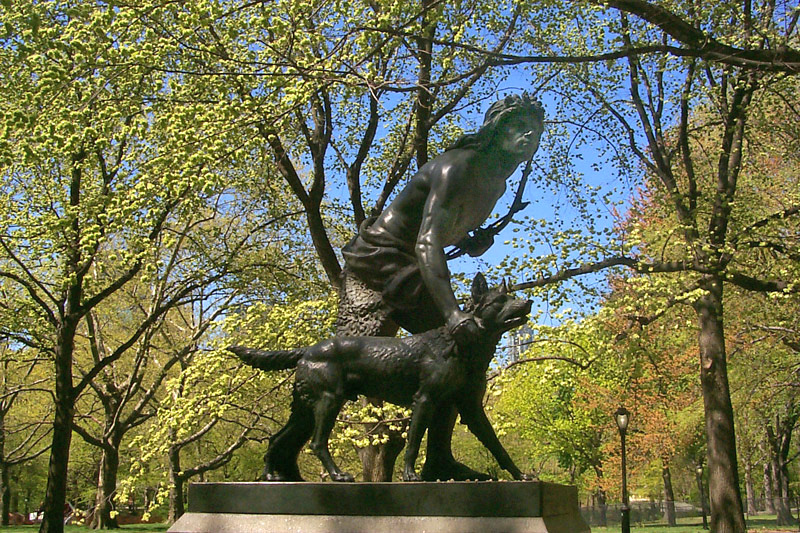 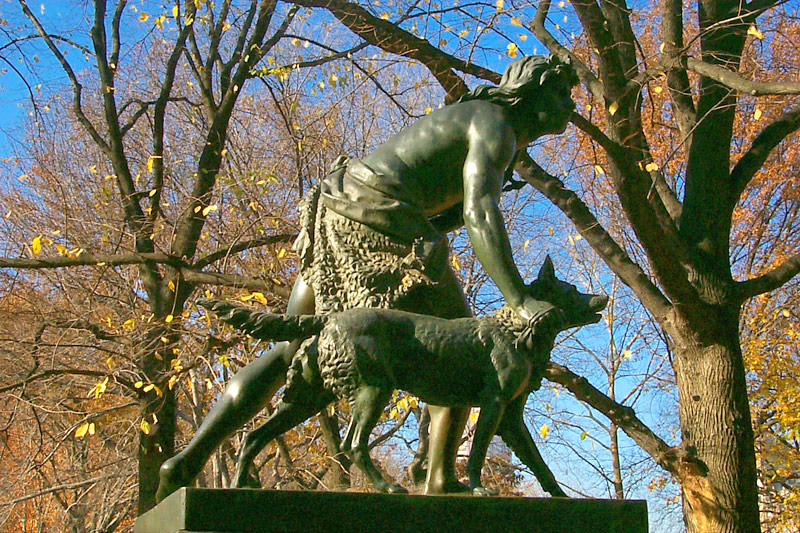 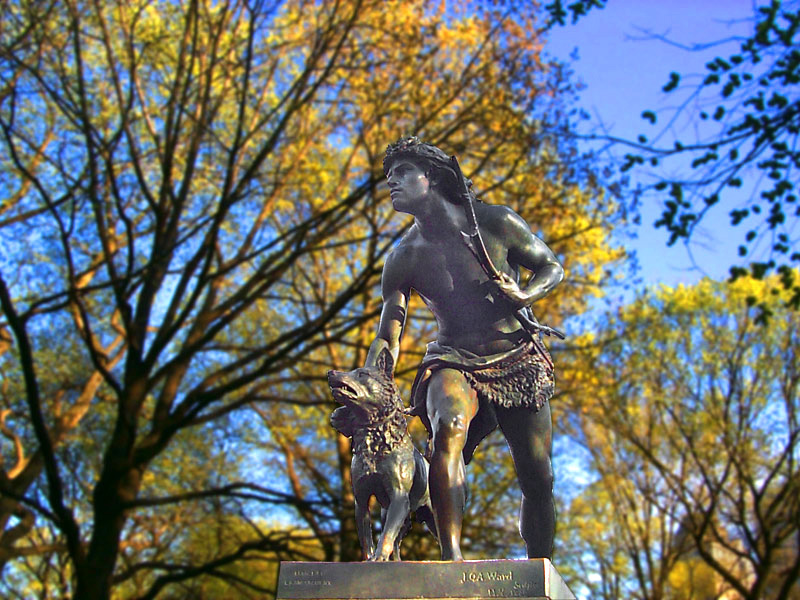