Founded in 1870 by a collective of business leaders and intellectuals the Met flowered from significant financial backing and a conceptual vision that reflected a European disposition to art and art theory. This institution would soon fulfill its promise and become the foremost authority and most influential proponent of established works in America.
In 1880, the Metropolitan Museum moved to its current site in Central Park.
The present facade and entrance structure along Fifth Avenue were completed in 1926. The original Gothic-Revival-architecture has evolved from that time with many new additions starting as far back as 1888 into the massive institution it is today.
After one hundred years of construction and with little likelihood of invading any more of Central Park's sanctified territory the building might be considered complete though updates and modifications to its interior occur occasionally to accommodate the refinements for and the drive to attain, the most refined place of exhibition in the world. 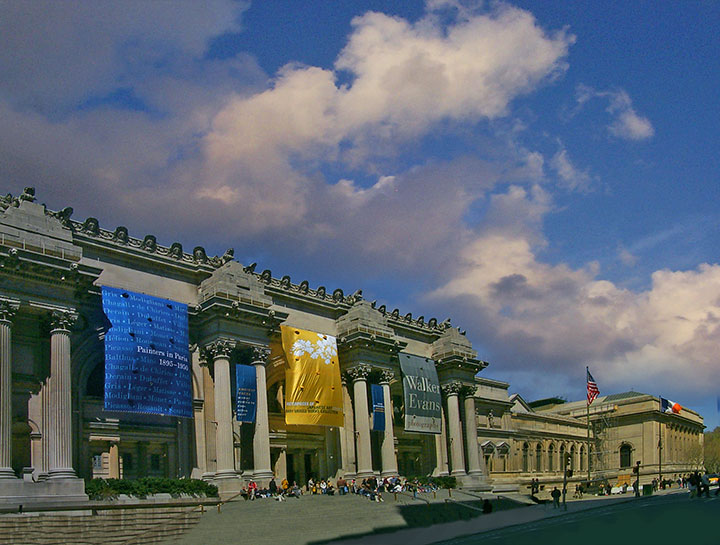