On a path leading to The Pond in Central Park and just off Fifth Avenue, is the bronze bust of Thomas Moore, Irish poet, satirist, composer, and musician who played a significant role in the romantic movement of the early 19th Century.
A close friendship with the poets Lord Byron and Percy Bysshe Shelley influenced his poetry with its nostalgic songlike overtones.
His famous collection of 130 poems, titled Irish Melodies (1807-1834), includes the song "The Last Rose of Summer."
This bust was presented to Central Park on the 101th anniversary of Moore's birth. 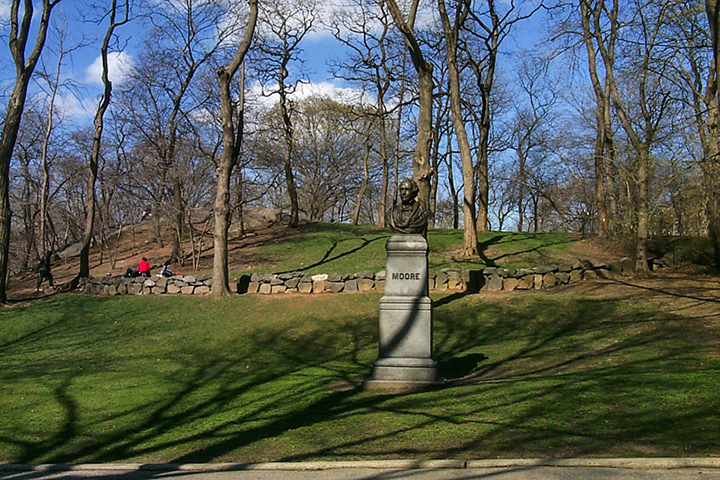 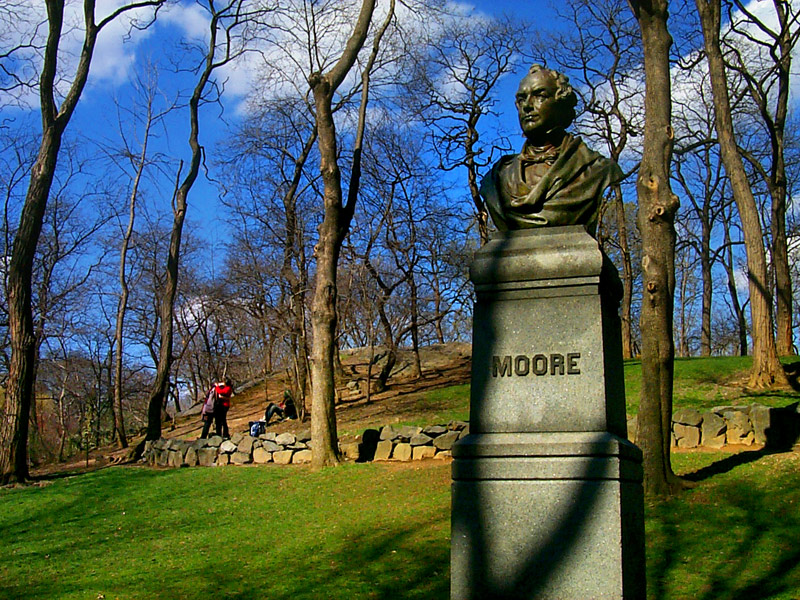 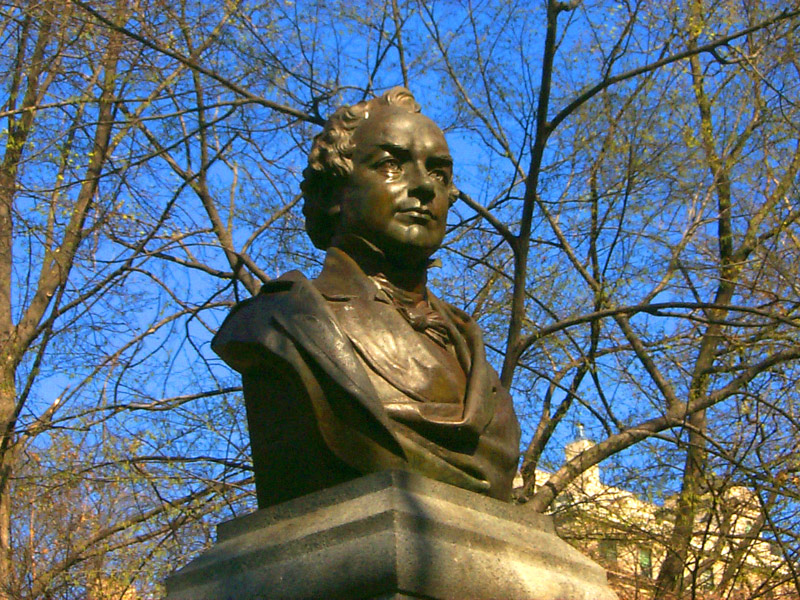 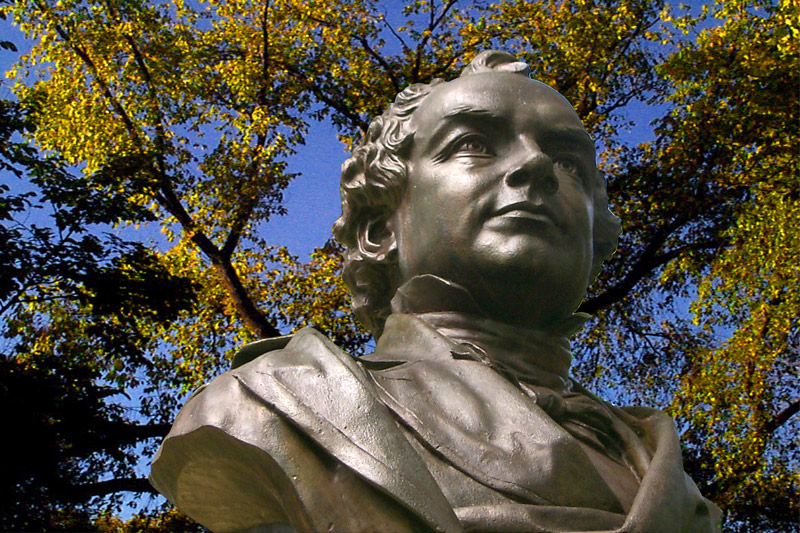