Along Central Park South, at Artists' Gate, an elevated statue of José de San Martín, the South American revolutionary can be seen mounted on his military horse.
Considered one of the greatest heroes of South American independence, he helped lead the revolutions against Spanish rule in Argentina (1812), Chile (1818), and Peru (1821).
He is depicted as a revolutionary leader, pointing out toward the next frontier in the battle for liberation. 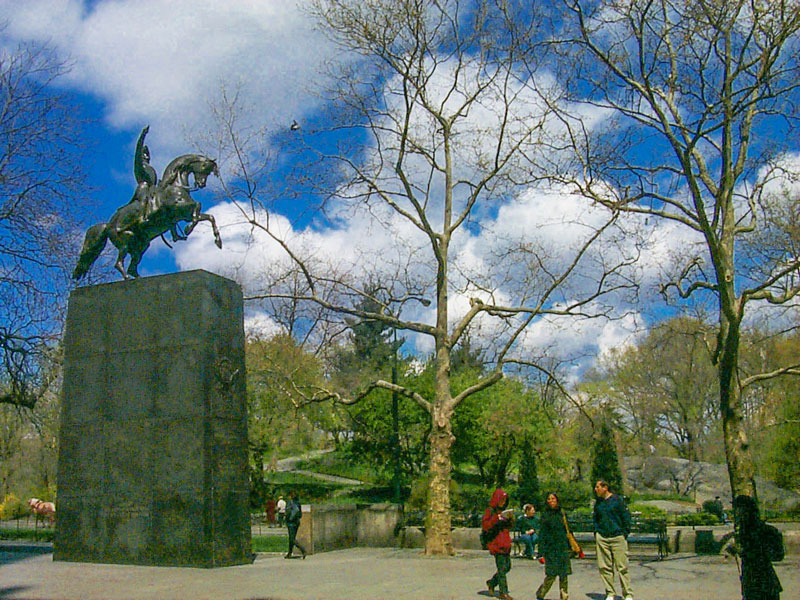 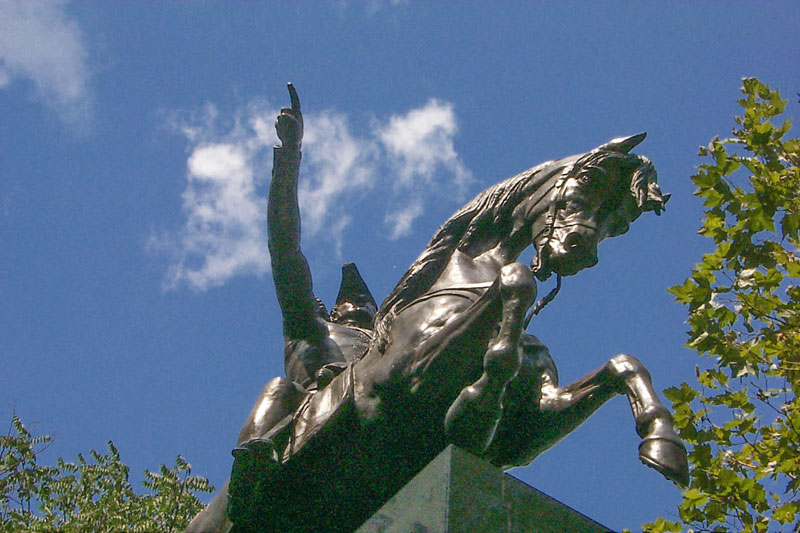 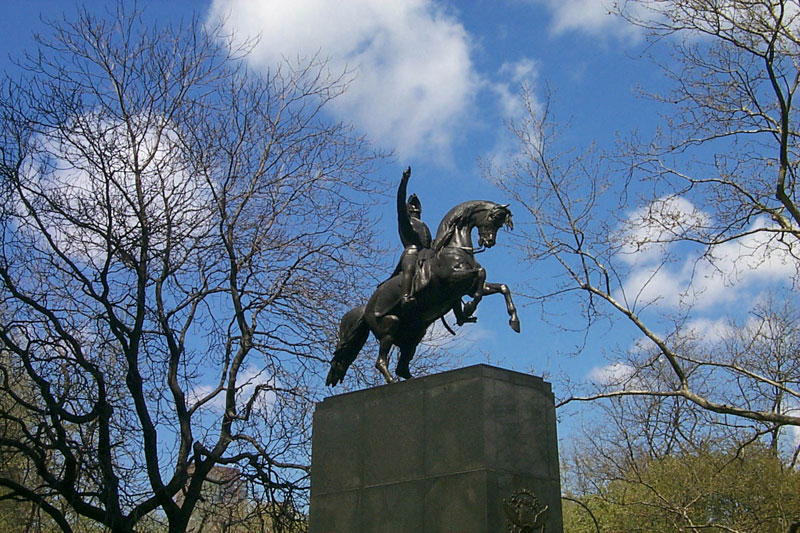