Sitting on a rock with his dog as a companion, the bronze of Scottish novelist and poet Sir Walter Scott holds a book and pen as he overlooks the gateway to Literary Walk in Central Park.
Scott achieved unprecedented popularity in his lifetime with his narrative poems and romantic histories like Ivanhoe (1820) and Waverley (1814) in which the forces of the environment greatly influenced the course of the narrative. This fact of disposition and style succeeded in influencing the future course of the modern novel.
The failure of his book selling and printing business in 1826 left him in debt and physically and emotionally shattered.
The quality of the subsequent work he produced in abundance in an effort to restore his fortune did little to restore his health.
Overworked and exhausted he set off on a cruise to Italy a journey, which had little restorative power. He died soon after his return in 1832. 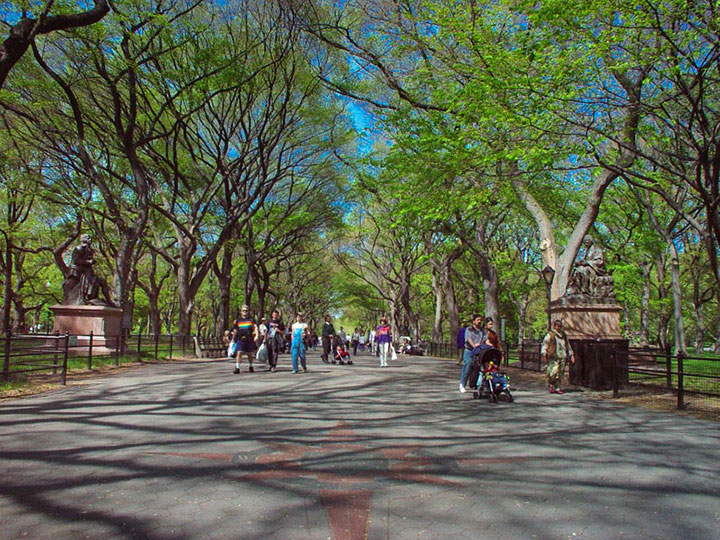 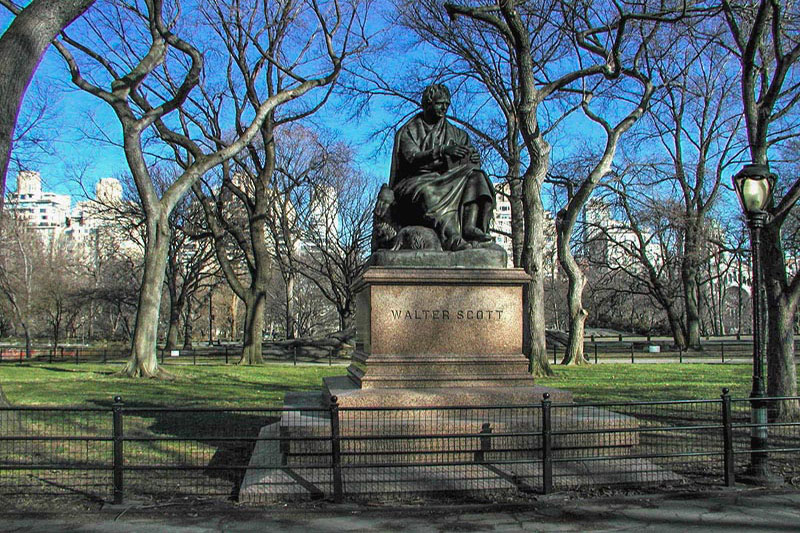 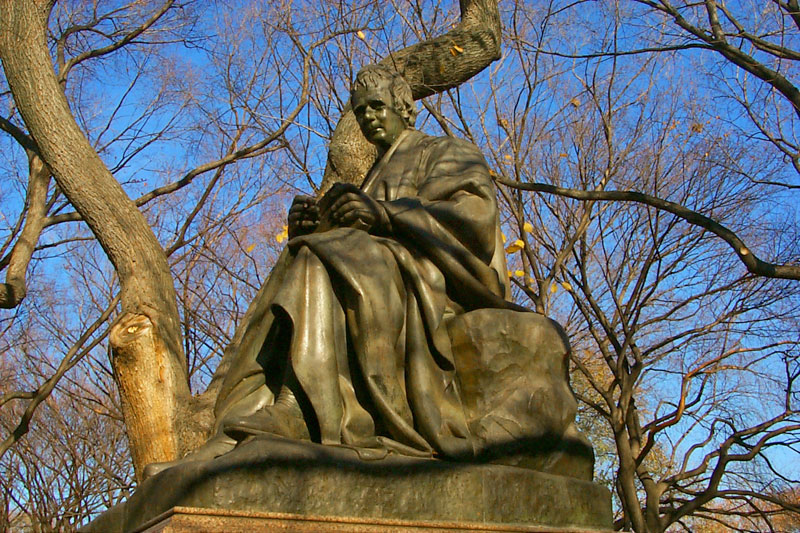 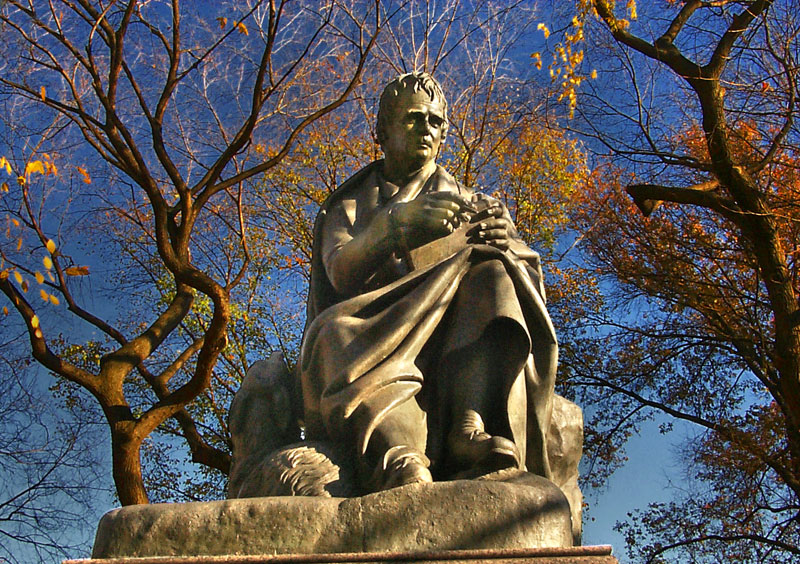 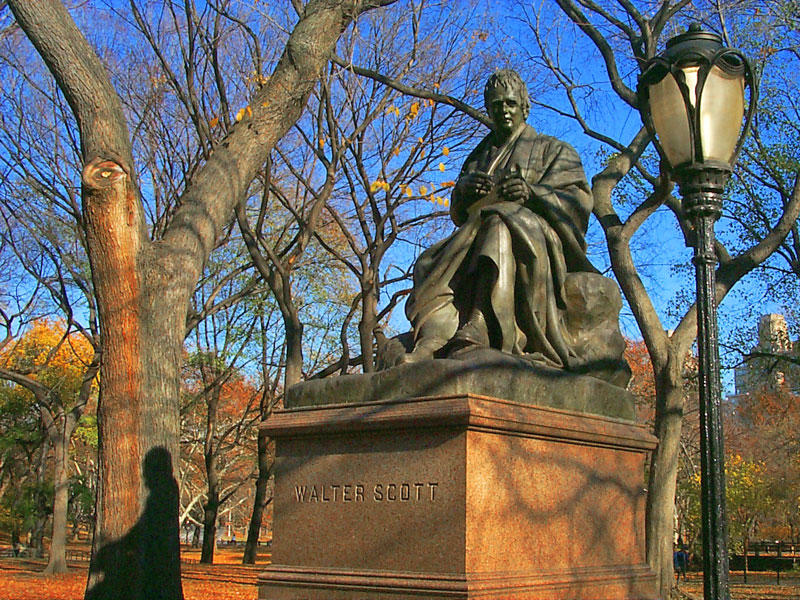 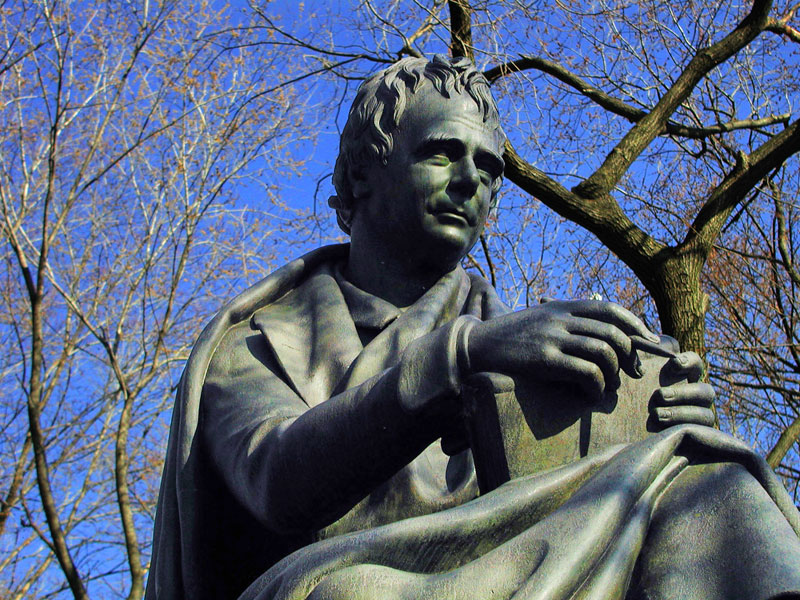 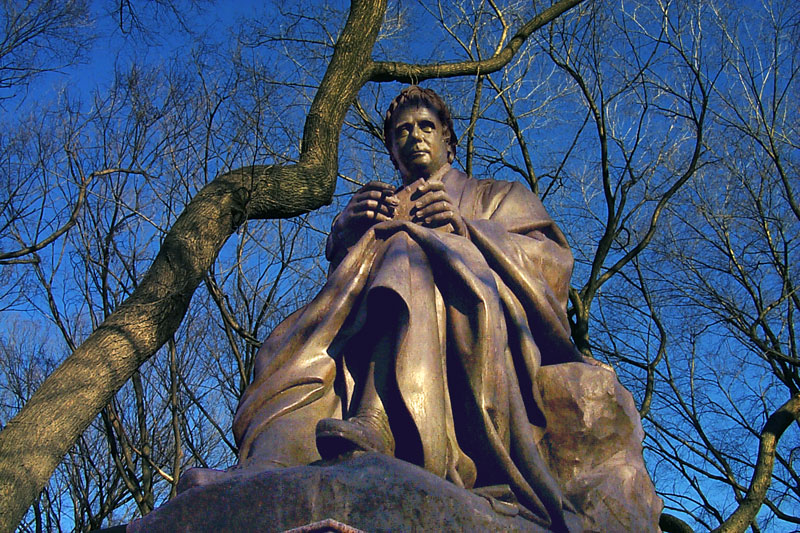 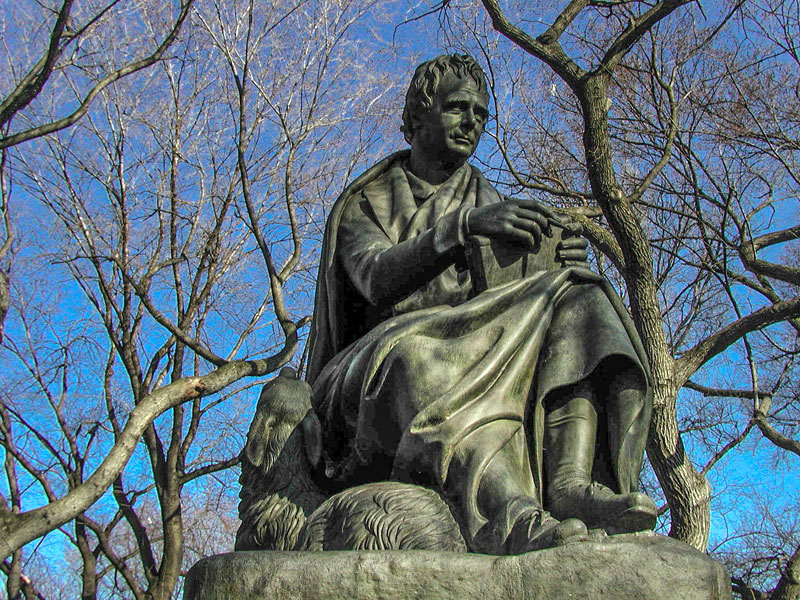