Located on the perimeter of the Central Park and across from the Frick Museum, is this monument to Richard Morris Hunt an American architect of great prominence whose defining signature emulated the French Beaux-Arts style.
Several blocks uptown, one can see a fine example of his artistic magnitude in the facade of the Metropolitan Museum of Art. Hunt’s legacy is celebrated by renowned sculptor Daniel Chester French, whose most renowned work is the gigantic seated figure of Abraham Lincoln in the Lincoln Memorial in Washington, D.C.
Here, the setting for the sculptures is an exedra - a semicircular portico with a curved bench - done in neo-Renaissance style. At its center is a bust of Hunt, with the two allegorical statues of Architecture first and then Painting and Sculpture standing guard at both ends of the semicircular colonnade. Inscribed on tablets around the exedra are the names of each of the organizations in which Hunt played a major role. 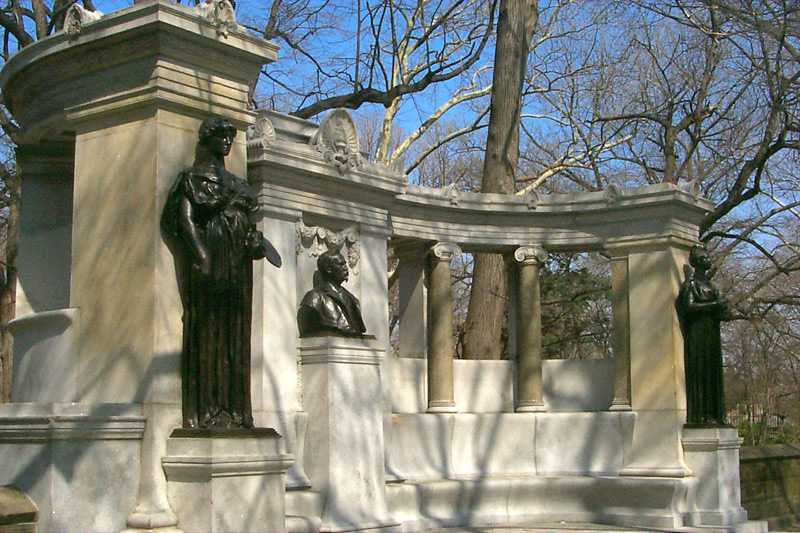 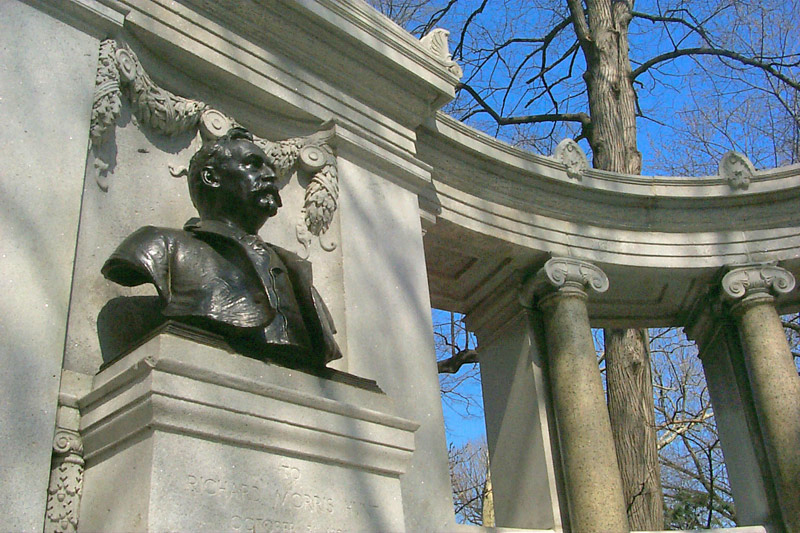 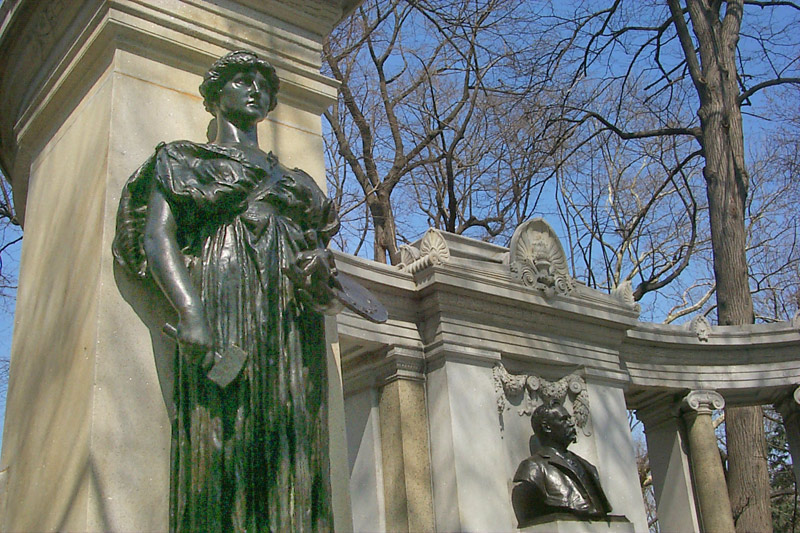 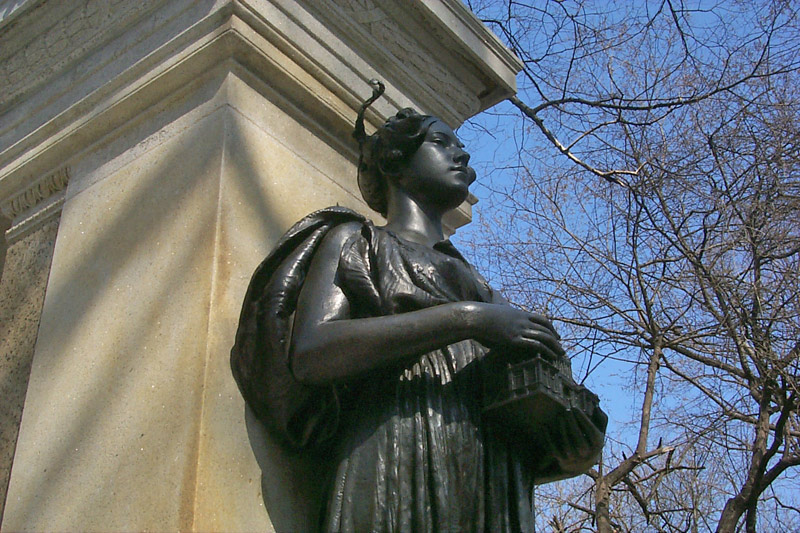