At the very top of the long winding stairs leading down to the Pond on the northwest side of the Grand Army Plaza is the Lombard Lamp. It is a highly decorated, cast-iron replica of an original located on the Lombard Bridge in Hamburg, Germany.
It was presented to Central Park in 1979 by the officials of that city as a symbol of friendship and good will.
Its 1,320-pound ornate cast-iron frame supports five round lamps and is an exact replica of the lamp designed by sculptor Carl Borner in 1869, which is present on the Lombard Bridge in Hamburg. At its square base, four carved cherubs gently sit as they grace each corner. 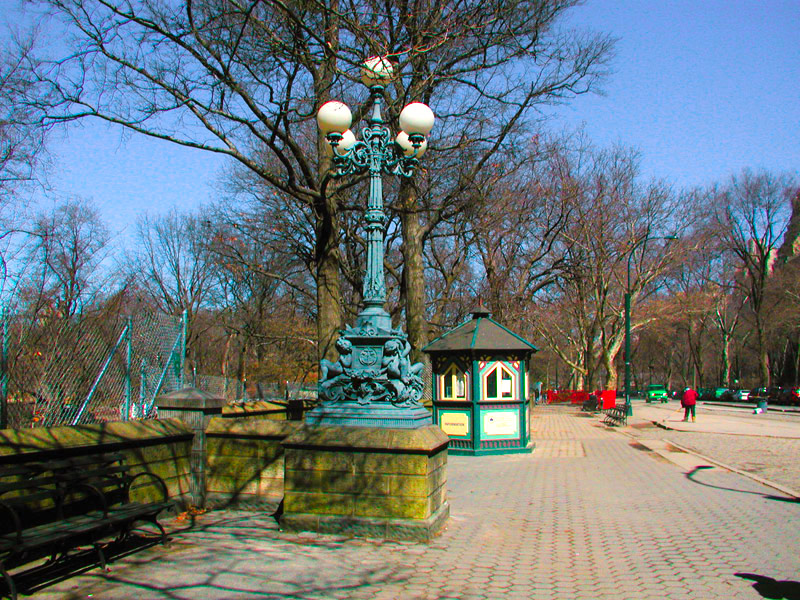 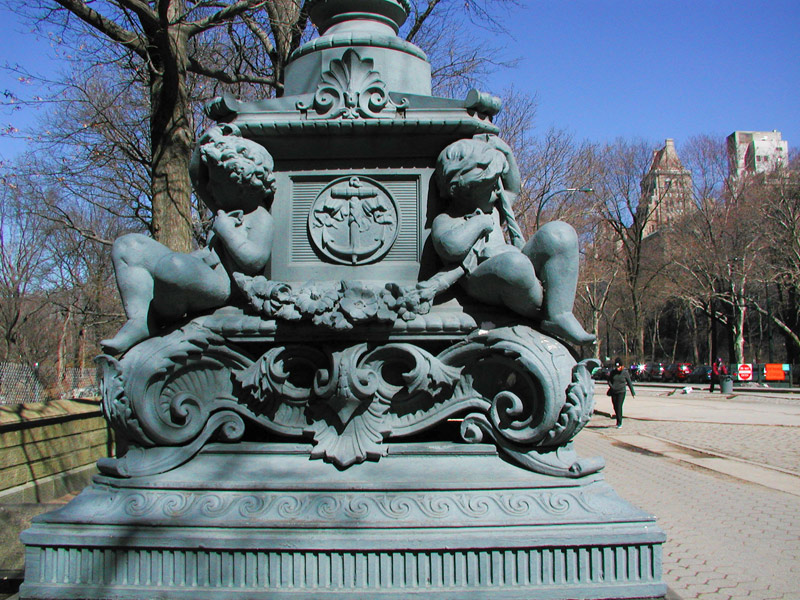 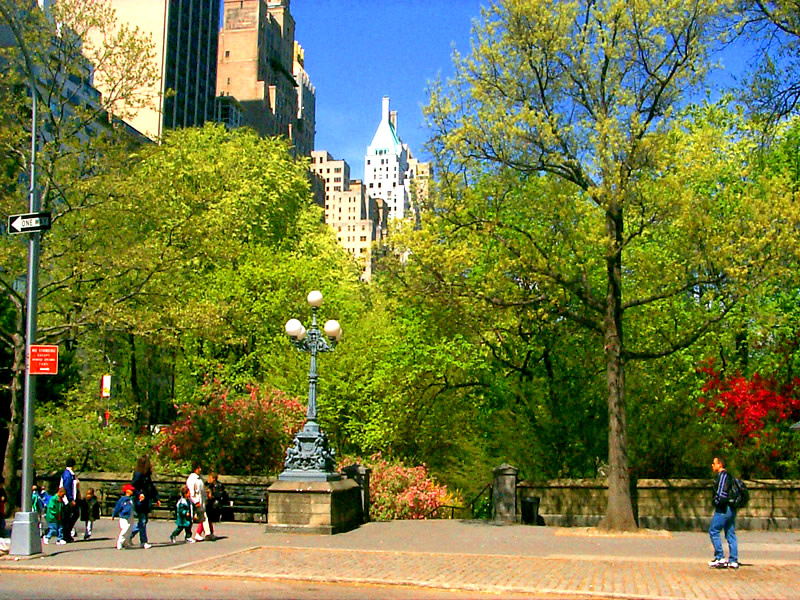 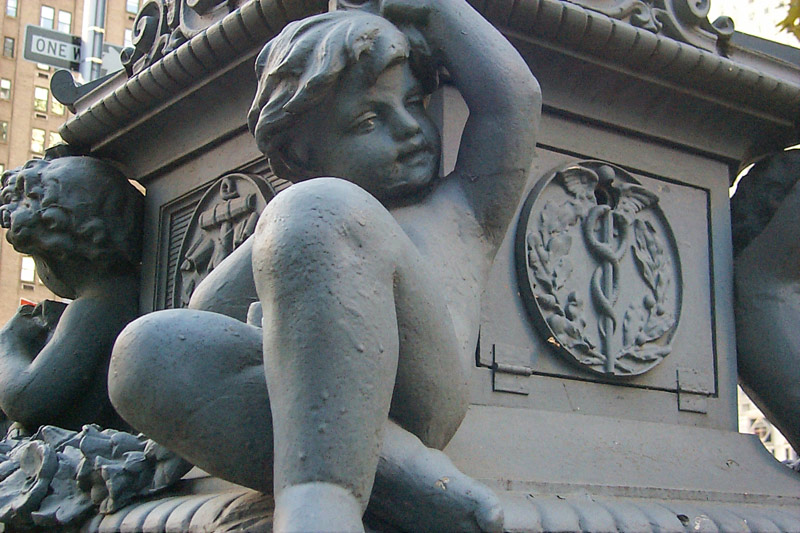 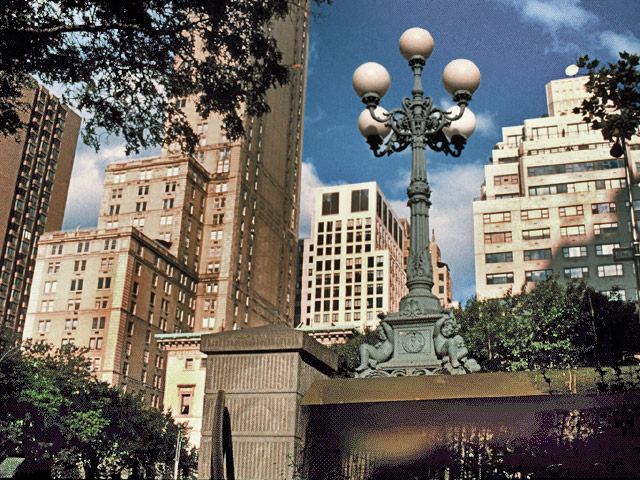 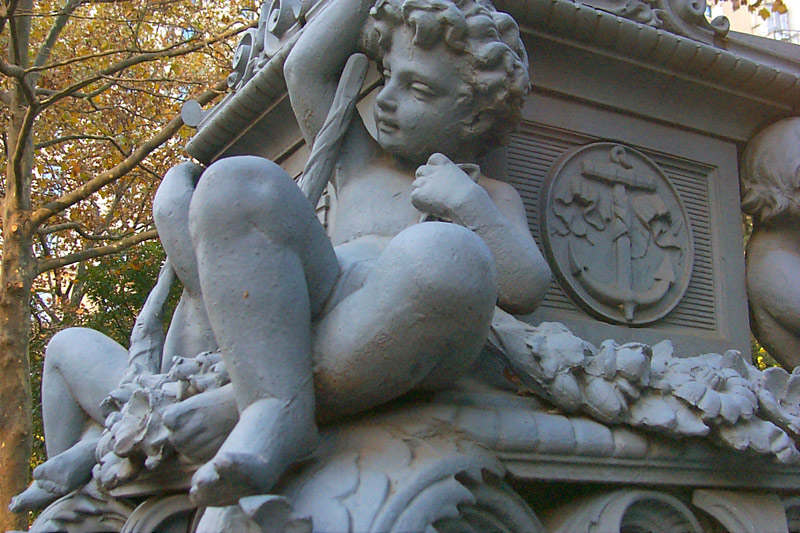