Surrounding the Pond on its eastern perimeter, directly behind the statue of Thomas Moore resides a high rock formation called Overlook Rock.
Climbing Overlook Rock can be a bit daunting, but well worth the effort. From its highest point this bedrock outcropping offers a picturesque view of the Pond and the graceful Gapstow Bridge and the City’s skyline beyond. The Pond and its surroundings are only visible during the winter, early spring or late fall when the foliage has lowered its veil. 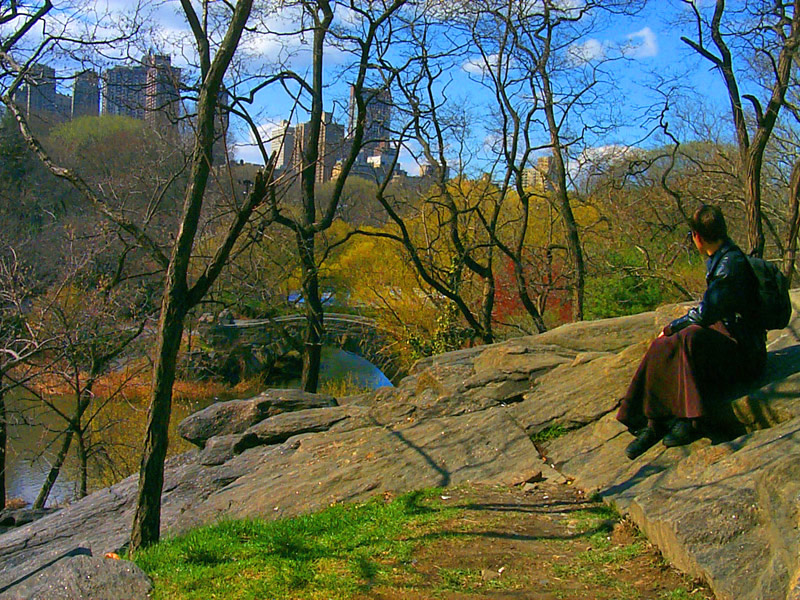 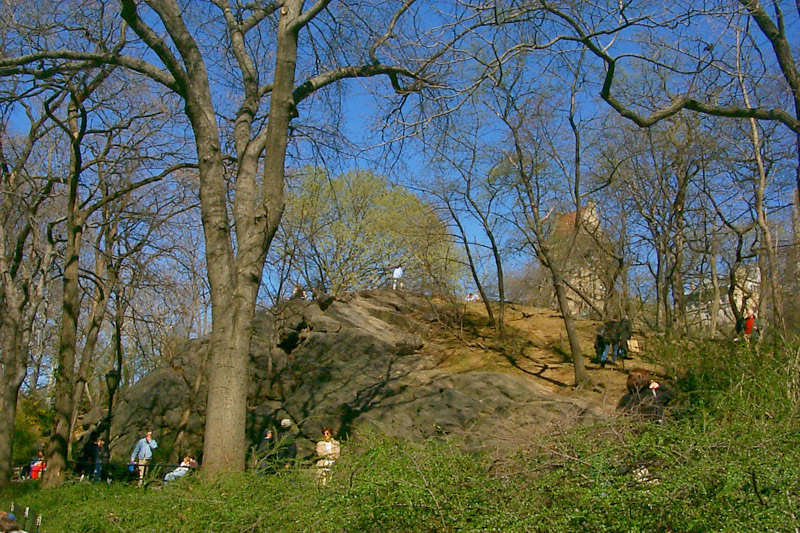