Central Park's Umpire Rock is located a few feet south of the Heckscher Ballfields and to the west of the Heckscher Playground.
In fact, this massive outcropping runs straight through the Playground, making it a favorite rock for children who frequent the area.
Its mass is Manhattan schist, the very bedrock that runs beneath nearly all of Central Park. It is a tough exterior that was formed some 450 million years ago in the Paleozoic Era.
Many Park visitors climb Umpire Rock for the magnificent view of the skyscrapers along Fifth Avenue and Central Park South. 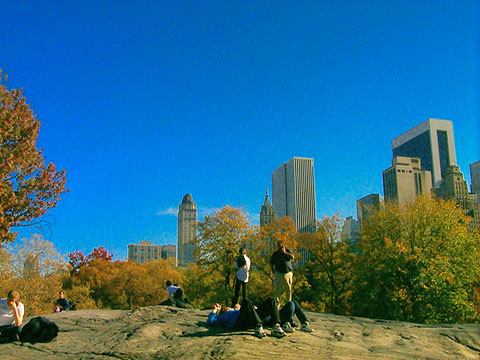 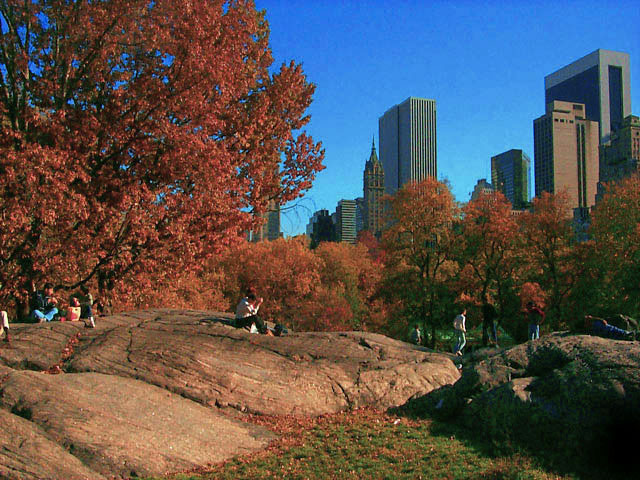